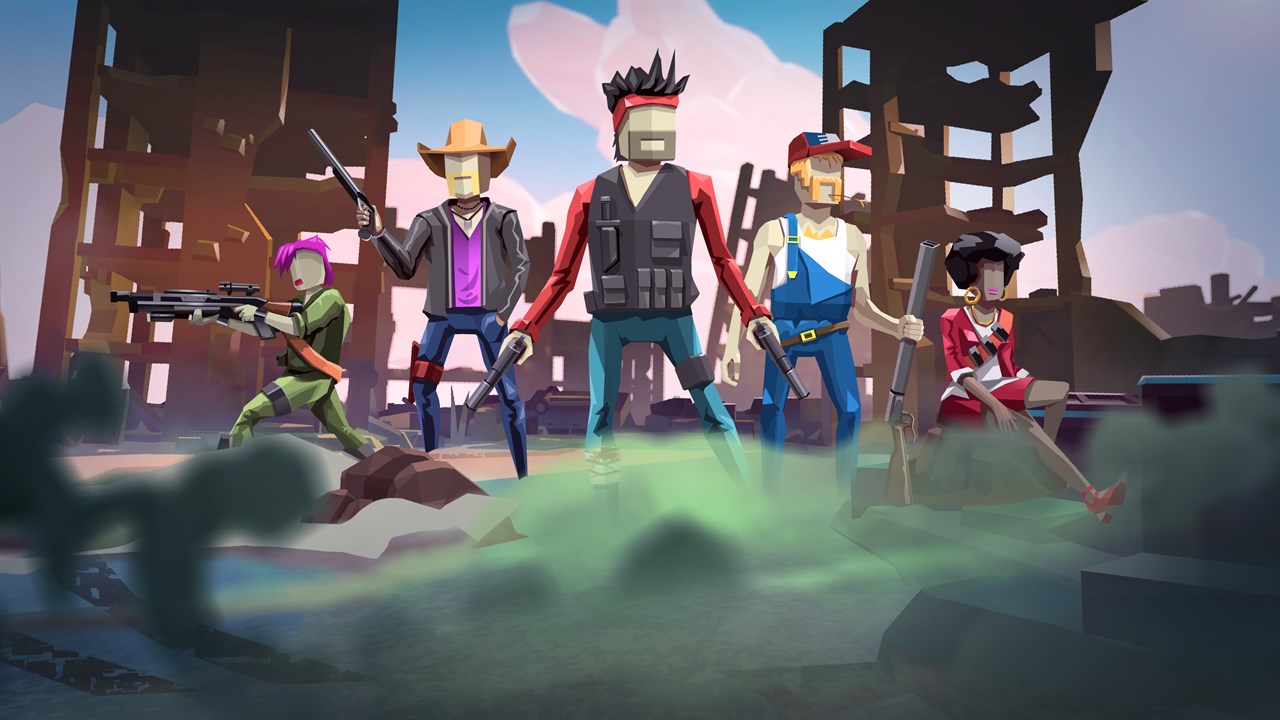 A fun arcade experience, full of helicopter and shooter variations to explore. Yet I can't shake the feeling this game wants me to pay to win...

A fun arcade experience, Dustoff Z is full of helicopter and shooter variations to explore. Yet I can’t shake the feeling this game wants me to pay to win… The Finger Guns Review.

There are some combinations that I wouldn’t have ever thought would work as a game. Cars and football, for one. Now we have Rocket League. By comparison, Dustoff Z combines zombies and helicopters, which had me raise an eyebrow. To me, a helicopter in an undead apocalypse is a means of conveyance, or something to take out the hordes from afar.

It wouldn’t have crossed my mind to have one in the thick of it, is what I’m getting at. That scene in 28 Weeks Later, where the helicopter pilot moves down a field of not-zombies had me rolling my eyes. So, naturally, my skepticism didn’t think this combination would work in a game.

A spin-off of the Heli Rescue games, Dustoff Z is this series’ “token zombie game”. Gone are the pixelated looks and modern warzones, instead replaced with a smoother, chunky style of graphic and a Walking Dead aesthetic.

And weirdly, it does work. Whilst it’s easy to groan at “just another zombie add on”, it does actually suit a game like Dustoff. However, there’s a looming presence of what feels like a badly ported mobile game hanging around that I can’t shake off. Let’s fire up the whirlybird and go reviewin’.

Take To The Skies

If you’re not aware of the Heli Rescue games, allow me to recap: you are a helicopter pilot. The previous games had you rescuing survivors and charging into combat zones. This one’s more of the same premise, just a different skin. You have control over the vertical and horizontal planes, as you fly left to right and avoid 3D obstacles on a 2D trajectory. Think Trials… except there’s no bike, only death.

Well, the re-death or un-death of all the zombies, mind. I wasn’t get all nihilistic on you lot then. Riding side… saddle(?) in your chopper are your shooters, coming in generic flavours of redneck with a rifle, construction worker with a flamethrower, the Terminator and Tallahassee from Zombieland. Not the officially licensed versions, obviously, so don’t expect to see Arnie and Woody’s faces in here.

Your objectives vary, but to summarise, it’s usually: rescue survivors, recover some cargo, defend your base or take out a whopper of a boss zombie. There are variants on missions to break up the flow, like destroying a lab or a bonus mission that tests “how far you can get to Canada” before you die or run out of fuel.

So far, so fairly simple in its gameplay premise. It’s not insanely taxing, you just have to keep an eye on your vitals, fuel and ammo. But simple gameplay mechanic doesn’t mean easy game.

Like any arcade game, Dustoff Z starts off easily enough. Missions are pretty simple affairs to begin with. Your basic junker off a helicopter is functional enough, as is your first shooter, Joe Bloggs (yes, that’s his actual name). Missions have a star rating, with three being the top score for certain requirements: finishing the mission, doing it in a set time, and not dying or losing anyone.

Completing a mission rewards you in coin, parts and cans of food. These are your currencies for buying and upgrading helicopters and new shooters, respectively. Choppers range from odd looking junk piles, a converted car and school bus, right up to a quadracopter and one that looks like a converting moon lander.

Shooters, comparatively, start off at Mr. Bloggs and his assault rifle, to Andy and his hunting rifle, to the RPG-wielding Natasha and a lady named Black Pillow and her grenade launcher. Further down the line are the time-travelling robot and Zombieland cameo, but consider them endgame targets.

So, as you may have worked out, completing missions allows you monies to spend on upgrading your chopper and shooters, to make levels progressively easier as you finish them. All that’s pretty fine, y’know. It’s standard… but it also feels exactly like a mobile game.

See if this sounds familiar: play repetitive levels to earn money, use money to continue if you die, spend money to upgrade your components/team, reach a new level cap to unlock newer craft/shooters, rinse and repeat.

Dustoff Z has that uncanny feeling of a mobile game without the real money microtransactions. Seriously, continuing and having to use my coin to do so makes me feel that, at any moment, there’s going to be a pop up saying, “Do you need more coins and can’t wait twenty four hours for some more?”. It’s an odd feeling, especially when you realise you can pause and restart the level just before death at no monetary cost.

It’s not that it’s a bad game, but it does have that overall feeling of it being ported over from a mobile store to a console. The only difference is they’ve removed the option to spend actual money… which, in this climate after the Star Wars Battlefront fiasco, is for the best.

If you can ignore all that, though, or have no real consideration or attitude to mobile gaming or microtransactions, then you’ll be absolutely fine with Dustoff Z.

Ride, Fly, Try Not To Die

Maybe I’m just overthinking it all. Let’s keep it simple and fun, like the gameplay mechanic Dustoff Z offers. Yes, the game does get harder as you advance, as well as the level variations edge towards repetitive after a fashion. But then, that can be said of any game.

At the end of the day, adding guns or a giant claw to your front of your school-bus-copter whilst the Terminator and Black Pillow (yup, still a name) cover your sides against zombies is great fun. Enemies come in different sizes, either hucking objects or trying to bring you down, to keep you entertained, as do the boss monsters. Bringing down a pumpkin-headed giant zombie is a hoot, provided you don’t let it wallop you about.

Sure, crashing and burning because you might not have upgraded your team or troops is annoying, but that’s on you. Sure, the feeling of “Hey, this is a mobile port” is there if you think about it, too. Yet if you think like the zombies and don’t use your brain, except for some funky flying, you’ll have a great time.

When you get over the niggling feeling of what seems like a mobile port, Dustoff Z is quite fun. It has an element of grind to it, sans microtransactions, but treat it like a simple-minded arcade game and you’ll have a blast.

Dustoff Z is available now on Xbox One (reviewed on), PlayStation 4 and Nintendo Switch.