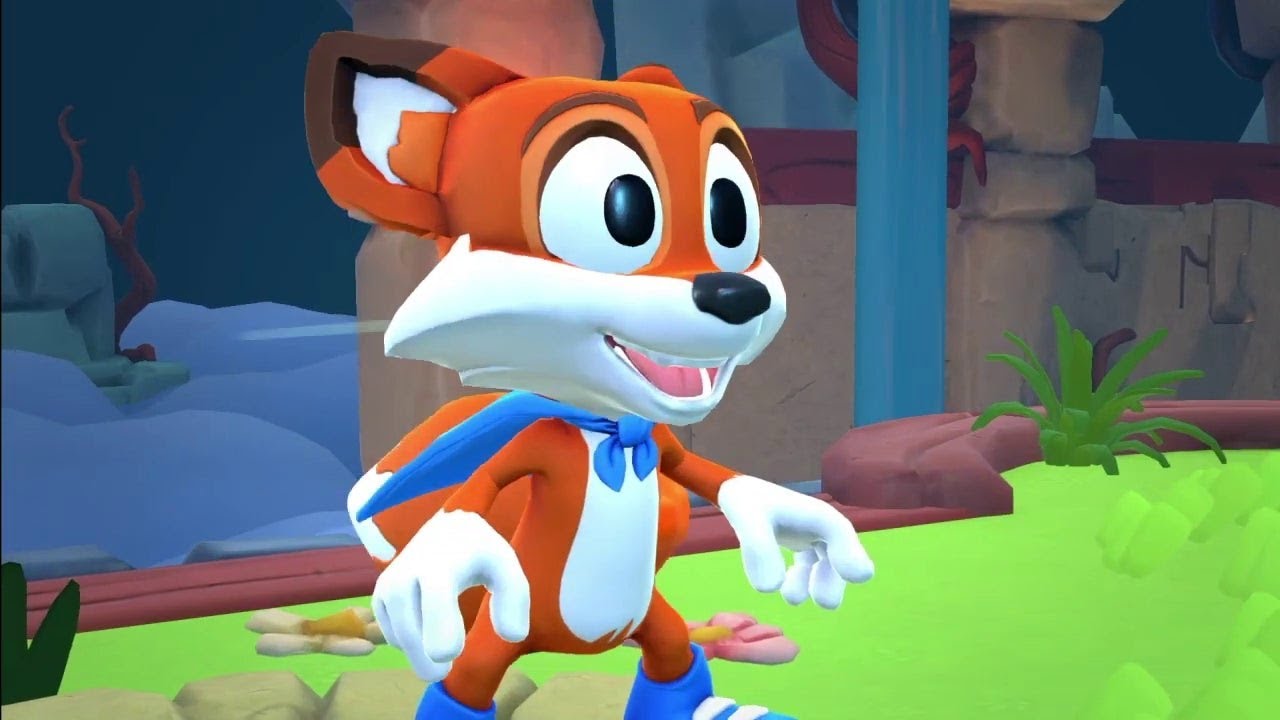 New Super Lucky’s Tale arrives on PS4 in solid shape after surviving a rather strange career thus far. The original in the series, Super Lucky’s Tale, launched with the Xbox One X and was meant to be a showcase for the platform. In some part, it succeeded. There’s no denying the game was absolutely gorgeous from top to bottom, and there’s not much out there that can beat a good ol’ colourful platformer to show off a systems abilities.

The issue being it never really took off, and at the time was competing with the likes of PS4’s mindbogglingly beautiful Ratchet & Clank, and Mario returned in the fantastic Super Mario Odyssey. It appeared that Xbox needed a platformer to compete and keep that family market alive and well, even if most of the kids were slowly defecting to Fortnite at that point.

A couple years down the line and the series returns in New Super Lucky’s Tale for the Switch? It’s not until now Xbox has had a look in on the latest iteration of the character it launched and it’s all a little bizarre. Still, New Super Lucky’s Tale has finally arrived on 4K platforms and well, this cute-ass fox is just as charming as ever.

So what’s Lucky up to this time around? Well, gather round folks. I’ve got one hell of a story to tell. Well. Not really.

Lucky has only gone and got himself caught in an ancient tome known as the Book of Ages, which contains the worlds Lucky’s family used to protect. Guess what? All hell has broken loose and it’s up to Lucky to bring peace to the worlds and collect endless coins along the way and feel super jolly about the entire endeavour.

Yeah. I mean, it’s a cute and cuddly platformer so by design, the story is the least important aspect of proceedings. That’s not to say the characters aren’t fun to be in the company of, though. Lucky is a delightful protagonist and it’s a treat to scour these gorgeously designed worlds with him. As each level begins he jump in the air with joy, gestures to the camera and shouts ‘come on!’, wanting you to explore with him. It’s small, but a neat touch I appreciated as each level began. It felt more connected then ‘Let’s-a-go!’ ever did, actually.

In true platformer style then, there’s little here you haven’t seen a hundred times before, but thankfully the charm of it all takes over rather quickly, allowing you to have a blast tearing it around the various hub worlds and levels Lucky needs to beat in order to open larger areas and achieve the almighty 100% completion. The levels are gorgeous to look at, but certainly don’t require an awful lot of mental dexterity to traverse. NSLT has been designed with families in mind and it shows, effectively because it’s just really, really easy. One would argue even easier than the original, which was always leaning on the side of ‘I’ll beat this in an afternoon’.

It didn’t take me one sitting to beat the game but I never particularly felt challenged. Again, this is perhaps the nature of the beast but genre friends such as Yooka-Laylee certainly pose more of a challenge. NSLT is pure family friendly entertainment and it wears the badge proudly. Your kids will be able to complete the game in a weekend, which is no bad thing.

Lucky’s primary USP over his platform sharing buddies is his burrowing, allowing him to tear it underground to find coins or secret passages to unlock hidden objects. You’ll primarily be running and double-jumping everywhere so it’s not particularly a mechanic you’ll use an awful lot, but it’s fun to use. Particularly on enemies who don’t know you’re below then, only to pop out and knock them on their butt. Yeah, that never got old.

Over the course of New Super Lucky’s Tale the variety in the levels certainly kept it interesting. The first couple hours spread the wealth primarily with open 3D areas alongside 2D segments, endless runners and puzzle heavy areas that may have the younger members of your family scratching their noggin. There’s only one real way to go in each level, though it’s fun to explore and discover all the secrets.

Each level has four completionist objectives that you’ll need to finish to collect Hidden Pages for the Book of Ages. These pages can be for completing a particular puzzle, collecting a certain number of coins, beating the level or the most fun of all, running around collecting L, U, C, K and Y letters which was honestly really fun. I had to play levels a couple of times in certain instances to collect them all, and certain letters are well hidden. There’s now no level in this game that hasn’t been thoroughly searched and picked clean of its letters, which are hidden in order so you’ll have a fair idea of where the one you missed might be even if it’s not immediately obvious. Talk to every character you meet along the way, they’ll point you in the right direction (#ThingsIWishIKnewBeforeIStarted).

So what makes New Super Lucky’s Tale, well, new? The ‘New’ of it all is that it feels like this is what the original should have been. Lucky now traverses on his two back feet rather than on all fours, which is a massive difference when controlling him. It certainly feels more traditional than the original, but in a genre that’s historically been copy and pasted with the same garbage iterations over and over again, there’s a delight in exploring New Super Lucky’s Tale knowing that Playful Corp. genuinely care about the IP, and treat it with respect.

That the once Xbox exclusive is now a multi-platform experience is terrific for the developers, and NSLT feels like a game from a developer with a point to prove, and they come out swinging with a version of Lucky’s adventures that’s far more engaging than its original.

And dammit, Lucky is so frickin’ cute.

New Super Lucky’s Tale on PS4 is a charming, fun and technically solid port that looks gorgeous and plays well, even if there’s nothing particularly new to see here. Money burning a hole in your pocket? Get Lucky.

New Super Lucky’s Tale is out now on PS4 (reviewed), Switch, Xbox One and PC.