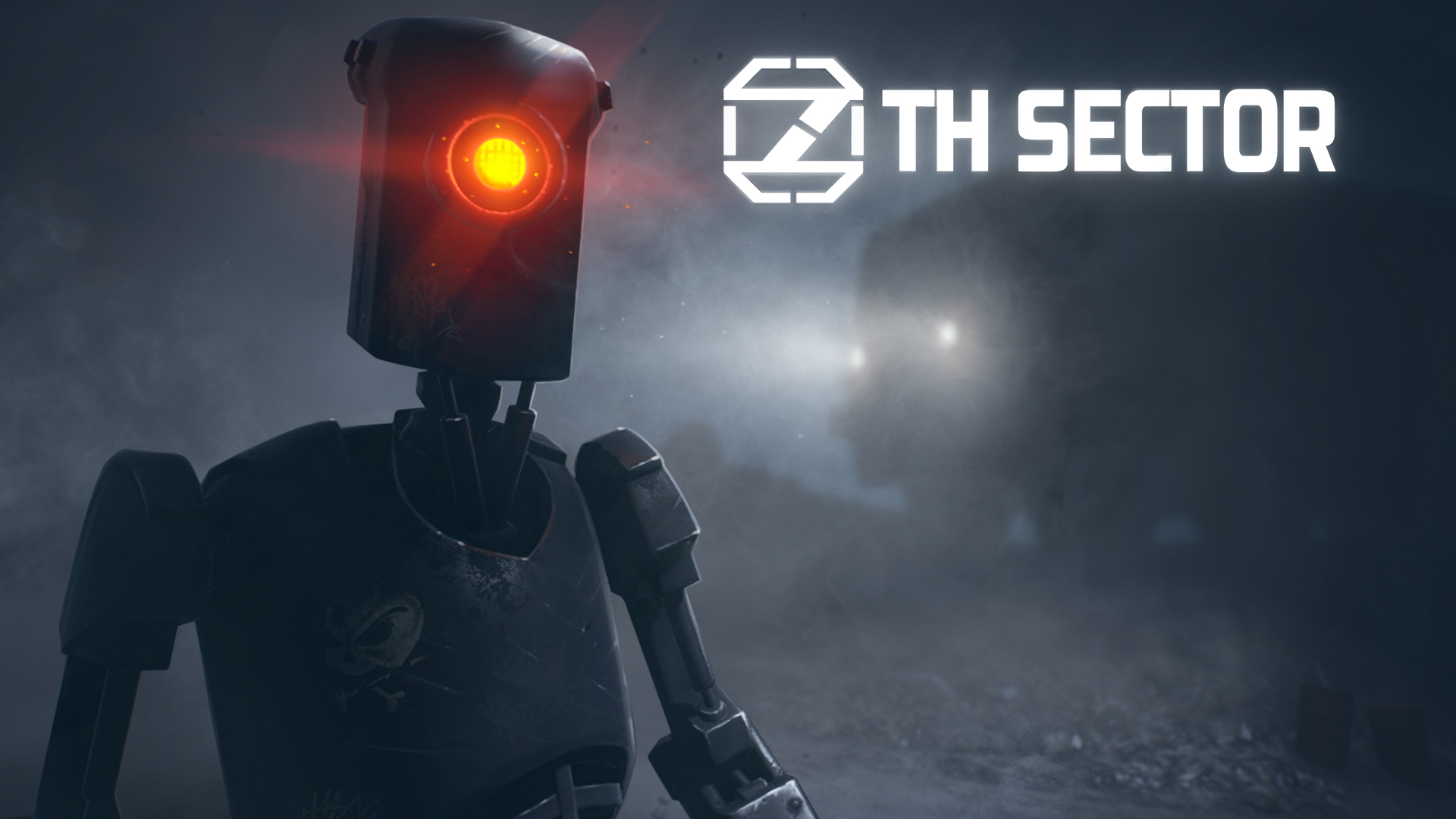 The greatest complement I can give to 7th Sector is that if you were to tell me that Play Dead (the makers of Limbo and Inside) had made half of this game, I wouldn’t be surprised. Носков Сергей’s cyber punk adventure puzzler 7th Sector shares a whole lot with the works of Play Dead. They’re all played in a side-on perspective. They tell an involving story without spelling it out in traditional gaming methods. The puzzles are played out at arm’s length with no hints and tips or tutorial. They’re heavily polished in surprising areas. There’s parts of 7th Sector that feel ill-conceived or too obtuse for their own good though however.

In 7th Sector you play as an entity that lives inside machines. This sentient being, initially little more than a silhouette in the static of a TV, has busted free of its constraints and is hell bent on getting somewhere. It has a goal and a destination, something that isn’t communicated to the player until very late in the game, but that’s something that’s revealed in the overarching plot. Instead, the game places smaller, self-contained yet progressive challenges in front of this being (sic. The player) to overcome in order to get there. Each puzzle leads to the next, unveiling its story in the moments between them.

At the start of game, the player-entity is little more than a charge in a cable. You’re restricted to moving along wires and leaping small distances by holding down the interact button. Throughout the game, as you solve more of it’s obstacles and unveil more of its plot, this entity gets to take control of a variety of machines and eventually robots. It’s a smart progression path, giving the player more and more freedom as you become accustomed to the games nuances.

7th Sector has no tutorial or on screen hints, no hints or tips. The game keeps you at arms length from the moment it begins until you reach one of its 4 endings. The vast majority of the puzzles in this game are observation based. That text on the wall? It’s not just part of the scenery. That beeping noise? It’s not just a noise. It’s a clue. Some of these puzzles require at least some experimentation but if you take in everything in that’s on the screen, you’ll at least have a nudge in the direction. One puzzle involves playing a variety of songs to see which has an effect on the room you’re in. Another puzzle has you doing algebra. Others are quick time events and there’s even a bit of platforming. As you play, you notice everything has its place in 7th Sector and very little is in incidental.

This can sometimes make the game a tad frustrating. The clues, while they’re always there, aren’t always immediately apparent. Sometimes these clues aren’t even that helpful. Sometimes the puzzles are just simply rough around the edges. There’s one puzzle that tests you to do a QTE but in short bursts while standing on a platform (you have to get off the platform regularly or get squashed by a giant piston) over and over and over. To the do the puzzle properly, I imagine this section would have taken a really long time but thankfully there’s a glitch that allows you to do the QTE even after you’ve been squashed by the piston and before you respawn. I’ve never been happier to see a game malfunction. There’s another puzzle that’s an algebraic equation using shapes instead of letters – simple enough you might think, but they’re removed 2 of the functions and replaced them with a dot. Finding X here would have been an enjoyable distraction, but having to experiment with functions to see which fits? No. No thank you. This made this section just the wrong side of obtuse.

There’s also an ill fated section of the game that involves combat. These chunk’s feel almost as if they were dropped in from a different game because they’re simply jarring to play. Without spoiling too much, in this section you’re involved in a sequence of fair fights, 1-on-1, but with damage that carries between skirmishes. The only effective method of defeating every enemy here seemed to be simply firing weapons off screen until I heard the sound effect of something exploding.

There are parts of 7th Sector that aren’t wrapped up in the puzzles and they help build an atmosphere to this game that’s highly polished, deeply appealing and quite dark at times. The cyberpunk-come-cablepunk world has a lot of depth too it, both in the axis you’re traversing through the world and in the back ground too. There’s moments off in the distance which add a whole lot of ambience to the proceedings.

It’s the narrative that becomes the saving grace for 7th Sector. There’s no cut scenes or dialogue here. Instead you’re treated to chilling visages and mysterious settings that constantly beg the question “What in the ever loving fuck is going on here?”. The answer to that is all dependant on how many of the optional puzzles you tackle in game and your interactivity with certain objects. No matter what, it’s always a little unsettling.

7th Sector is a headscratcher that’s designed for those that love to be stumped and don’t mind a little trial and error. It’s set in a game world that has a rich narrative and depth despite not really having either of these in a literal sense. There’s far to many sectors of 7th Sector which are simple too complex for their own good or actually work to the detriment of the overall product (I’m looking at you Combat section) though. When this game is good, it’s really good, but it’s just too infrequent. If you enjoyed Limbo or Inside and you’re itching for something similar, give this a go.