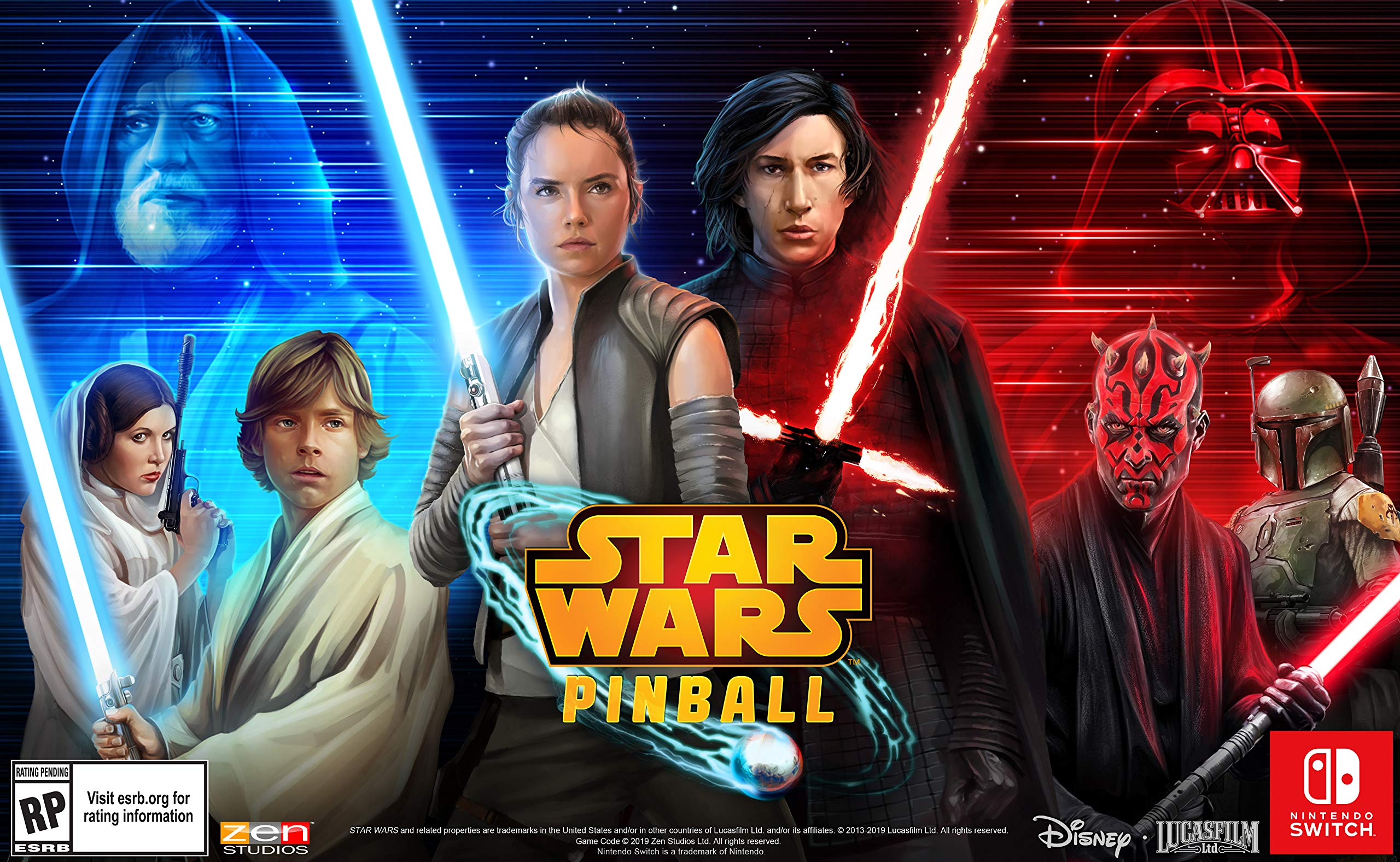 If there’s one aspect of gaming that’s possibly rather overlooked, it’s the work of Zen Studios. The absolute epitome of pinball wizards, they’ve managed to scoop up an absolute metric ton of our favourite licenses and drain them dry of fan service, drip feeding it directly into their products and throwing it all together with flippin’ pinball. Over the years we’ve seen the dabble with Star Wars (along with E.T., Jaws, The Walking Dead, Back To The Future, The Avengers, Portal..the list goes on), but never this in-depth, and with so much passion. Star Wars Pinball has genuinely taken me by surprise.

So for your £25 (which is frankly ludicrous, considering what’s on offer) Zen Studios have thrown together every single corner of the Star Wars universe across nineteen tables – with two suspiciously empty spaces on the selection screen – that are directly themed with either a movie or a TV show (Rebels / Clone Wars) and have individual guides if you want to know how to unlock their biggest secrets.

The pinball tables are steeped in glorious nerd-satisfaction, lightsabers as ball launchers, cut scenes of the films directly linked to the theme of the table being reenacted in front of me whilst I played like Augmented Reality. AT-AT’s walking across the table whilst lasers attack them. The sound of the Force tearing through the tables mechanics and characters appearing as if from nowhere to bring to life your most treasured memories from the Star Wars back catalogue. All the while you have to remember you’re playing a pinball game. There’s a lot to take in all at once and it’s absurdly entertaining.

As mentioned above, there’s no area of the Star Wars universe that isn’t explored (except for maybe the Ewok Holiday Special, although it could be here somewhere and I just haven’t discovered it yet). Through the prequels to Solo there’s no stone unturned, and certain characters even get their own tables (the Boba Fett table is a particular highlight). There’s a nice mix of dialogue quips ripped straight from their source or re-recorded with a soundalike, although Harrison Ford-era Han Solo’s replacement is truly, truly awful. So awful it’s, kinda charming?

If you unlock a scene whilst playing or do something particularly well, a sound bite will appear. Similarly, if you mess up you’ll be delightfully cut down to size. Captain Phasma has no time at all for your lack of pinball skills, fuzzball. There are some deep cuts I won’t spoil here, as they delighted me the moment I was able to unlock them, I wouldn’t want to take that away from any discerning Star Wars fan.

Away from the tables the gaming modes being offered are what sold this game to me. Again, I admit I found my lack of faith somewhat disturbing. In the end came away more surprised by a game than I have been in a while. I found myself getting deep into the tournament modes – where you can create a tournament that really boils down into the minutiae of tactical pinball gameplay. Haters will always proclaim that pinball is not based on skill but rather luck. In my experience there’s no such thing as luck. The hardcore among the pinball community (I assume that’s a thing?) may want to challenge each other to see how long you can go on a single ball whilst Kylo Ren ridicules your attempts. And why not? Star Wars Pinball will just simply allow you to make that happen. Video games are cool.

There’s a ‘Career Mode’, which has you in the hotseat as you take on the nineteen tables with a series of missions and objectives to complete such as being able to reach a high with only a certain number of flippers (or ‘parsecs’, as they’re called here), testing your knowledge of the tables and your basic dexterity. As you progress you unlock a currency which allows you to gain upgrades (‘force powers’) to give you slight advantages as you carry on through the career. This also allows you to maybe explore tables that you may not have been too excited about beforehand. Trust me, they’re all worth visiting for some really terrific scene recreations.

Then there’s the League Play, which has players climbing over each other to beat those high scores on certain tables and gain points for the over-arching Light Side/Dark Side divide. You can choose which side you want to be on at the start of the game and defect anytime if you’re feeling the call of the Resistance or the Sith. It has little bearing on your gameplay but it’s a fun addition to see how many players are on what side. I’m on the Dark Side because I know that if I lived in the Star Wars universe I would totally be Kylo’s right-hand man. Can’t exactly be Luke’s can I?

Playing a pinball game on the Switch does have its advantages and disadvantages. Docked the game looks gorgeous, with the world of Star Wars jumping out of you. Everything is clear and easy to read with a nice variety of camera angles to choose from depending on your play style. In handheld mode it’s a little trickier to see everything, as at any moment there’s a fair bit going on depending on what you’ve unlocked on that particular table. It’s not a deal breaker and the balls are clear enough to see, I was able quite easily to play this game on the train with little issue, but there’s certainly an argument to be made that this one is better off played in docked mode. Or maybe I should just pay more attention. My focus determines my reality.

Despite this, a huge advantage of handheld mode is of course, the Tate Mode, which will allow you to play Star Wars Pinball the damn way it’s meant to be played. Vertically. Here you’ll see the full table and it looks terrific, allowing you to feel like you’re actually at a pinball machine. Albeit a very small one? Still, this mode added to the fun a whole lot, and with my vertical Switch stand ready to go at any moment I was delighted. Fun fact, if you put the Switch back into Docked mode with the Tate Mode still activated, that’s exactly how you’ll see it on the screen. Be sure to switch it back to the original mode before you play it on your telly. Unless like, you wanna turn your TV over for the real pinball machine effect? I’m not judging you. You do you, friend.

I think it’s fair to say that despite these small niggles, I can wholeheartedly recommend Star Wars Pinball not just to Star Wars fans but to fans of video games. It’s quintessentially pinball, and whether or not that appeals to you effectively means you’re either in or out before you’ve even seen a trailer. But what’s on offer here is beyond anything I was expecting, and Zen Studios’ previous iterations of their pinball mastery to shame. The sheer detail and love that’s gone into Star Wars Pinball is unparalleled, and as a Star Wars fan those little moments that they’ve added just to make people like me smile has really elevated this entire game. This entire pinball game.

Wanna know something else? It’s the best pinball game ever made. Don’t let any stuck-up, half-witted, scruffy-looking nerf herder tell you otherwise.