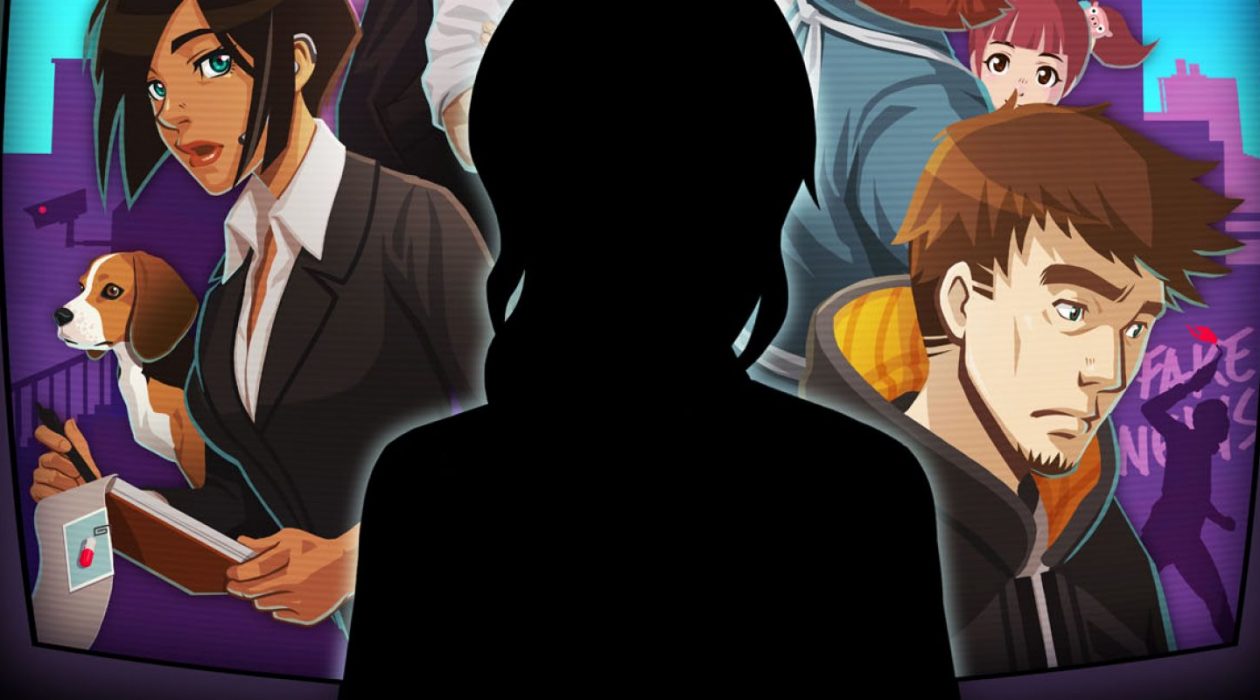 Boasting vast replayability, Headliner: NoviNews holds up a mirror to real world political bias and the responsibility of the news media. The Finger Guns review;

Boasting vast replayability, Headliner: NoviNews holds up a mirror to real world political bias and the responsibility of the news media. The Finger Guns review;

If the current political climate around the world has taught us anything, it’s that the news media has never had a stronger influence than it does right now. 24/7 coverage of political events, opposing talking heads having heated discussions over whatever the hot topic of the day is and news anchors delivering far-from-impartial opinion pieces direct to camera. It’s never been easier to see the lenses in which facts are delivered through by each news outlet either. Front page news on one newspaper is buried or ignored by others. One TV station will spin a politician’s statement as a positive while another will portray it as a negative. ‘Headliner: NoviNews”, a game from Unbound Creations and recently arrived on the Nintendo Switch, recognises this and despite being set in a fictional universe with fictional news, delivers a damning examination of its real world counterparts.

In Headliner: NoviNews you play as a user created employee at the largest media company in a fictional country which is currently undergoing a bit of a crisis. A mysterious plague is spreading through the cities which the leader of the country, President Wolff, is blaming on the products of a neighbouring country. All the while, there’s rising tensions between the genetically modified and non-modified population in the country. Your new job is to act as the ‘Headliner’ who decides which news stories to print and which to discard from a stack which appears on your desk each morning. The choice of which stories you print has a profound effect on the world around you.

News stories come in 4 distinct but linked categories and can be either positive and negative. It’s your job as Headliner to stamp them with a tick to send them to print or a cross to ignore them. News pieces can be about crimes committed in the city, about the political activities of President Wolff, on pharmaceuticals or genetic modifications and about a new drinking craze called BetterBuzz that’s sweeping the nation. Sometimes you’ll have to choose between 2 stories which are stapled together, forcing you to choose one or another and occasionally your boss at NoviNews will set a number of articles you must approve or face his wrath. Each news story you approve or reject has consequences on the city over the 2 weeks in which you play.

At the end of each day, after selecting which stories to run, you walk home from your office. It’s here that you get to see the fallout. Say that you print every news story that covers a crime committed in the city. By doing so, you’re telling the public that there’s a crime wave happening and the police will increase their presence and their surveillance powers, something you’ll notice in an increase in surveillance drones and even police checkpoints. If you support President Wolff’s populist movement with positive articles, you’ll see an increase in racist activity and even attacks on your wander home. Your stance of medicine can have profound effects on both a hospital and various areas on the city you’ll pass. Flip flop on topics, say by posting positive then negative news pieces on a talking point, and you’ll catch parts of conversations from confused citizens who aren’t sure what to believe. While you’ve got no way to verify the news that’s being put on your desk, it’s up to your own moral compass or morbid curiosity as to what path you lead the public down.

Closer to home though (both figurative and literally at times), choices you make can have an impact on your co-workers, your job as Headliner and your family. The story arc of your brother, a budding comedian who likes a drink and is having a lot of dark thoughts, can change dramatically depending on how you support him and what news you decide to print. Support Wolff and big up your brother in his efforts to be a comedian and the end result can be utterly devastating in unpredictable ways. Similarly, the life of a co-worker and main love interest who’s from a neighbouring country can be dramatically impacted by your choices both in dialogue with her and the news you publish. The fate of a local shopkeeper, worried about his business and his daughter because of a big foreign chain opening a shop up the street, can change wildly depending on what you pick to print. Secretive sources might reveal earth shattering news to you which isn’t supported by Novinews: do you print it without verifying it or bury it? Either actions have vast ramifications. Support certain topics repeatedly and you can receive a pay bonus. Publish negative articles about certain things and you could see your pay permanently reduced. This pay, while superficial on some runs, can be deeply important to others.

Headliner: NoviNews is designed around replayability. There’s a myriad endings for each element of the city, the cast, your fate as Headliner and the characters you meet. Some aspects carry over between playthrough’s. Furniture you’ve bought from the local shop, for example, remains. Once you’ve completed you’re first run, a new story becomes available which involves working with the police to solve the mystery surrounding a suspicious death. Otherwise, everything else is wiped away and you start again to make different decisions each time. The impact of choosing different topics to back and experimenting with the power that you wield to shape the outcome for this city can be fascinating and at times, a little disconcerting. When you’re following your moral compass and being responsible with your journalism, there can be unseen consequences. Some of the endings are heart-breaking but to tell you more would be to remove their impact.

Visually, Headliner: NoviNews isn’t traditionally beautiful but it’s gorgeous in its own way. There’s a mix of low-poly character models and detailed comic book images that give this game a unique feel. During the walk back to your home, there’s a really pleasing parallax effect on the city silhouette off in the background that really gives a sense of scale to an otherwise flat and straight road.

I only have a few minor complaints about Headliner as a whole. The UI can occasionally get a little confused. This happens most often in the Headliner’s apartment when you can have a dog (yes, you can pet him/her), a drone and other intractable objects all overlapping one another. Elsewhere, when 2 pieces of news are stapled together and you have to choose between one or another, the button prompts change from approve/reject to reject this one/reject that one. It would have been nice to have an on-screen guide to approving stories throughout, especially when the prompts change. Lastly, the main menu occasionally glitches out, removing the ability to select any option with the thumb stick and buttons – Not a deal breaker when in handheld mode because of the touch screen but frustrating when docked.

A few niggles aside, Headliner: NoviNews is a smart and impactful game with a tonne of replayability. While it’s set in a fictional land featuring fictional characters and fictional news, it’s easy to draw parallels with the news agencies of our own countries, holding up a mirror to the way news is reported and the spin that is applied to facts. Exploring the ramifications of your decisions and what information you disseminate to the public, whether that’s becoming a state sponsored outlet or sticking to your responsibilities to provide impartial news, is fascinating. Headliner: NoviNews is an easy recommendation to anyone who fancies something a little bit different.