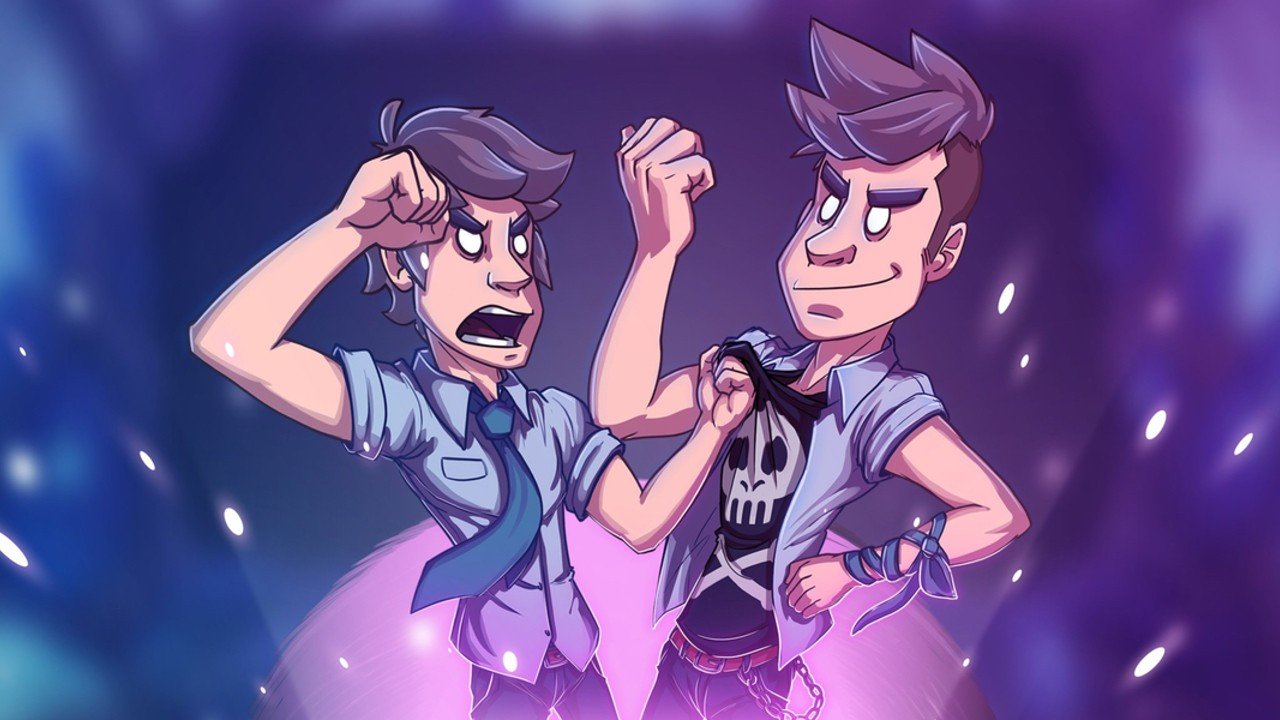 Instability and glitches derail this FMV and adventure game hybrid that has a solid core and interesting intentions. The Finger Guns Review.

Instability and glitches derail this FMV and adventure game hybrid that has a solid core and interesting intentions. The Finger Guns Review;

I truly hoped I wouldn’t have to write this review the way that I am. Sometimes when critiquing games, you can see glimpses of a great game hidden beneath bugs and rough edges, issues that could and probably will be patched out. Sometimes you hit that “publish” button and a day later, all the headaches you outline in a review are gone, patched out of existence – but we have to review the game we have in front of us. Unfortunately, Headspun in its current form (v.1.04 on PS4) has more rough edges than most but beneath them is something quite interesting. This is a game developed by Super String and published by modern day FMV specialists Wales Interactive. Unlike this publishers other FMV games that have all been full screen narrative adventures, Headspun is a hybrid between a point-and-click adventure and traditional FMV games like Night Trap. While that might sound a little bizarre, the narrative framing means that this merger of genres works quite well.

The entirety of Headspun plays out inside the head of a young man called Theo Kavinsky. You play as the character Ted who represents Theo’s conscious mind and the leader of Cortex, the control centre that makes up his personality and thoughts. When Theo gets into an accident, he sustains a head injury and Ted is knocked unconscious. 5 weeks later Ted wakes to find Cortex in disarray, most of his crew dead, memories lost, many of its operations destroyed and Teddy, the character which represents Theo’s subconscious mind, running the show. It’s up to Ted, working alongside Teddy, to piece together what happened, nurse Theo’s mind back to health and replace the deceased staff.

The inside of Cortex, from Ted and Teddies quarters to the memory banks and even a bar, are portrayed in a stylish side-on 2D design. While walking around this hub inside Theo’s head, the game plays like an adventure game as you talk to other characters (primarily Teddy) and go about fixing up Theo’s mind. It’s when Theo wakes up, instigated by having Ted in the control room and him starting a “shift”, does the FMV elements of Headspun begin. Shown on a display screen in the control room, the FMV’s are a first person view through Theo’s eyes. What he sees, you see. Almost all FMV games portray their actors in third person but here, having this in first person through your characters eyes is quite unique.

In order to repair Theo’s fractured mind, Ted must accrue ‘neurocredits’ during his Shift. These are obtained naturally for each hour that Theo is awake as well as a reward for playing mini-games which represent simple tasks such as reading a book, doing a crossword or filling out a Sudoku book. When reading a book, you have to tap the X button every time a cursor, which is moving perpetually faster across the screen, enters a brain symbol at its centre. Filling out a crossword means choosing the vowel which completes two words where they intersect. Sudoku is as simple as choosing the right answer to math questions like 8 + 3 or 11 + 7. These mini-games are a tad dry and towards the end of the game, you’ll likely see the same questions pop up again and again during some activities. Time passes as you play and once it’s late enough in the day, Ted’s shift ends and he leaves the control room in the hands of Teddy for the night shift. Ted is then free to explore until it’s time for him to go to sleep too.

Once obtained, neurocredits can be spent on whole host of repairs and improvements to Cortex. From the human resource department, you can recruit a new crew to man the station. You can also commission the repair of every room in Cortex and once you’ve started a shift, you can instruct your fresh crew to get to work on doing just that. Once the R&D department is fixed, you can also assign your crew to research into new aspects like later bedtimes or a bonus scheme for your staff to increase their moral and repair speed. The rate at which you can accrue credits is quite unbalanced – In my second play through of the game, I ended with 90k credits and literally nothing more to buy – but the repair speeds are smartly locked behind the capabilities of your staff so that you can’t fix Theo’s mind quicker than the story can accommodate for.

As the days roll on , you get to meet a few other characters through the eyes of Theo’s. These characters all help to fill in the blanks about what happened during the accident and what has happened since as well as progressing the narrative. Each interaction with other humans is also discussed by Ted and Teddy within Cortex. These conversations between the conscious and subconscious mind are one of the most interesting elements of Headspun. It’s fair to say that Ted and Teddy don’t get on. Ted is very rational and sensible while Teddy is driven by wants and desires. Simple interactions that Theo has with others are seen very differently by the two internal voices, almost like the angel and devil sitting on the man’s shoulder but nowhere near that black and white as that. The people Theo meets and the revelations they bring all lead down one route, regardless of what conversational choices you make, through a turn in the last quarter of the game which is easily telegraphed but well delivered. It’s the acting that really sells the FMV sequences in Headspun. Theo isn’t voiced and a lot of his interactions with characters involve little more than a shake or bob of the camera to represent agreement or disagreement. The actors on camera do a lot with the script, particularly during the games more poignant moments.

It’s a shame then that it’s almost impossible to enjoy a lot of what Headspun does right on the PS4 because of glitches, bugs and instability. During some FMV scenes, the audio levelling is totally off kilter with the (admittedly pretty awesome) synth soundtrack drowning out the vocals from the characters. During one section of the game, FMV’s just failed to load. The position where the video should have played was filled with a weird green and blue gradient image. Closing and restarting the game fixed this issue. The controller cursor disappears after setting a crew member on a task, forcing you to repeatedly change menu’s in order to get it to reappear again. A character called Arnold seems to have been duplicated 6 times in the game’s database. Certain conversations with characters – like heading to the bar and asking to discuss any gossip with the bar tender – become inescapable, forcing you to “Save and Quit” out to the main menu. Attempting to give your crew members a bonus locks you into a cycle of slow moving text which, while normally cleared with a tap of X in any other conversation, repeats the whole cycle again instead. It’s impossible to complete a side quest, buying a present for Teddy, because after a certain point in the game the menu in the human resource department will only allow me to move to the first 4 items available to purchase. One of the lifts in the game simply doesn’t work. After a certain junction in the game, you can no longer move along certain corridors, specifically the one directly outside Ted’s quarters, forcing you to fast travel to another part of Cortex then backtrack. The most pressing issue is that it becomes impossible to finish the game if you select to stay in the game and further repair Cortex when given the option to finish. The dialogue box is not presented again after Ted goes to sleep and it becomes impossible to even enter the control room to continue the game.

With a further patch and the removal of a number of nasty bugs in the PS4 version, Headspun could be truly interesting evolution of the FMV genre. Unfortunately for PS4 owners, the current state of the game on this platform makes it very difficult to recommend. What is here and working – the fantastic art style, the smart banter between Ted and Teddy, the first-person FMV’s – shows that Headspun has a tonne of potential but right now, too many rough edges and bugs mean it’s in need of further rehabilitation.

Headspun is launching on the PS4 (reviewed on base PS4 on the 1.04 version), Xbox One and PC on the 28th of August.

1 thought on “Headspun (PS4) Review – In Need Of Further Rehabilitation”