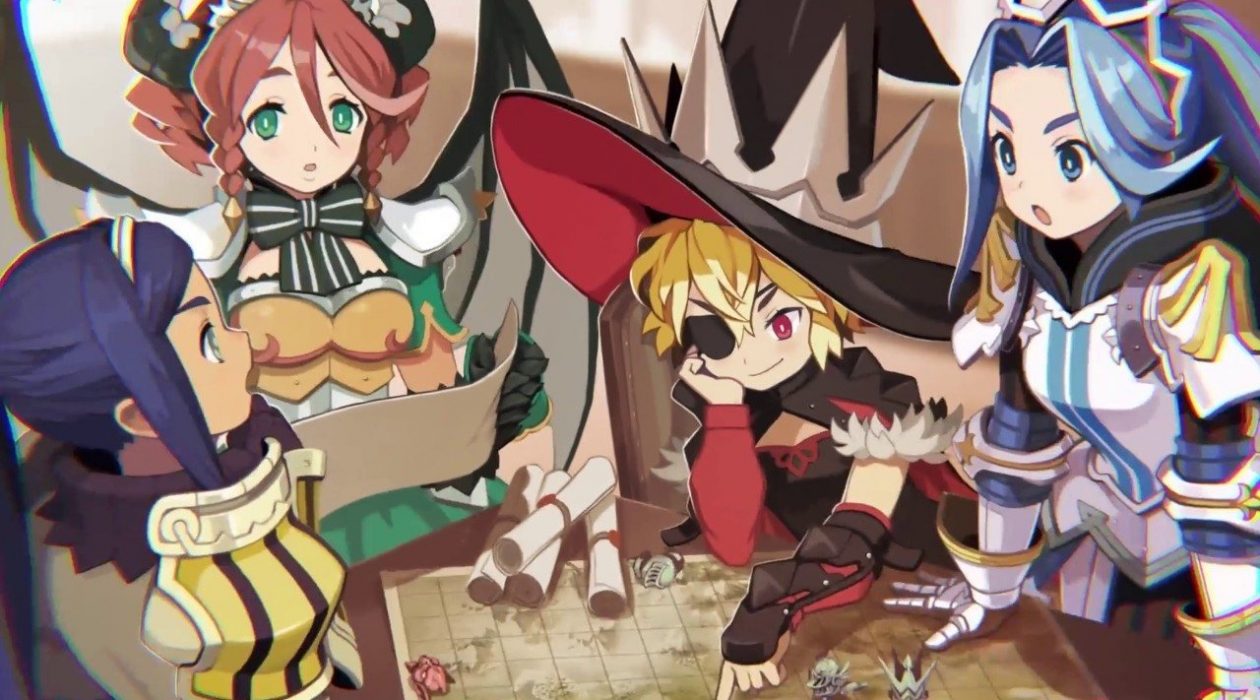 The best bits of The Princes Guide get buried by repetition and convoluted, poorly explained systems. The Finger Guns Review;

The best bits of The Princes Guide get buried by repetition and convoluted, poorly explained systems. The Finger Guns Review;

When I first started The Princess Guide, I couldn’t shake the feeling that I’d played it before. After an hour, I realised that it was because much of this game is exactly the same as Nippon Ichi Software’s previous capitalism fuelled game Penny-Punching Princess, which I reviewed almost exactly a year ago. The top down art style, the UI, the enemy designs, the cut scene design, the way the narrative is delivered and level design in both these games are identical or very closely related to one another. If you’ve arrived at this review as a big fan of Penny-Punching Princess and want to know if The Princess Guide is similar, be safe in the knowledge that yes, both games are very similar and this will likely be right in your wheel house. If you’re not however, we need to talk…

In The Princess Guide, a top down hack and slasher with a cutesy anime art style, you play the role of a veteran soldier (which you create yourself from a series of basic options) that’s decided s/he’s reached the peak of their fighting prowess and is stepping off to become a ‘mentor’ to a gaggle of princesses. Unlike its predecessor, there’s 4 princess you get to play as here – Liliartie Veronica, Monomaria and Alpana – all of whom have their own grand designs for the fantasy land you inhabit. Some want to rule with an iron fist (and a dragon tail?) while others want to spread peace or spiritualism. No matter which Princess you choose to guide first, you’ll get to experience all of their stories.

Each Princess has their own personality too, which comes across in the various cut scenes between battles and their fighting styles, each of which is unique and you get to control. Monomaria has a Gatling gun blade that’s brutal at both close quarters or a distance, Alpana has twin daggers, Veronica is a spell caster and Liliartie wields an axe. The mentor also becomes a fighting unit and uses a sword. The game is controlled from a map screen that has you move units along city connecting links between towns and cities to reach missions. These missions then challenge you to defeat a number of foes around the map, reach a particular destination within a certain time period or defend an area. Once completed, new missions at new locations are identified for you to travel too which might trigger a fight en route if you happen to bump into an enemy icon.

First impressions are, as they say, important and the Princess Guide leaves a poor one. When you first enter combat, via a tutorial, you’re greeted by huge writing projected over the battlefield that eventually fades away but returns at regular intervals, a garish colour scheme which is akin to looking through a kaleidoscope while on an acid trip and a screen that is all too busy. Any hope that this might change in the main game quickly faded. These elements make combat, which is otherwise solid and enjoyable, a real chore. What’s more, your princess and mentor are always followed by an entourage of 6 troops. The soldiers that follow you around are helpful – they can prevent attacks and afford you an attack too – but they also really clutter the screen. When you’re surrounded by enemies, there’s boulders rolling down the screen because of traps and you’ve got your squad pirouetting around you, it can be impossible to see who or where to strike.

There are some well implemented aspects to combat. Traps and Relics, little installations placed around each randomly generated battle ground, can be claimed and used against your foes. Mana towers, for example, restore your health while damaging any monster that steps foot within its area of effect. There’s boulder traps which barrel along the ground when triggered as well as small circular bases which spin causing damage to anything that steps within them. Utilising these traps, luring unsuspecting dragons into a series of boulders which smash its health, are a highlight of the Princess Guide.

The kicker in The Princess Guide is that you can praise or scold your chosen princess while controlling her to give her boosts during combat. If she’s low on health, you can try praising her which will give her a health boost. Scolding her can give a boost to combat skills like increased damage. This system, while a nice addition, isn’t anywhere near as ingrained as the capitalist systems within Penny-Punching Princess. I’d rarely feel the need to use these options because the game doesn’t really encourage its use beyond the initial introduction of the mechanic.

Other elements of the game are poorly explained. Much like in Penny-Punching Princess, you can use items picked up in battle called Materia to teach your Princess new things. This system is almost identical to the one used in its predecessor but after a few text boxes to explain what they do, you’re left to explore how to do this alone. Making you Princess stronger is imperative and if I hadn’t played Penny-Punching Princess, I imagine I’d have really struggled with this aspect of the game.

All of these issues really dampen the light hearted, tongue in cheek nature of The Princess Guide. The one way conversations between the princess’ and the Mentor after missions (your character is mute aside from letting out the occasional battle cry during fights) flit between being eye-brow rousingly bizarre to straight up bonkers. Couple this with the way the Princess’ move during speech, as if they were rapidly bouncing on a space hopper, and it’s hard not to crack a smile during them. The plots that are explored here are nonsensical but that’s totally in keeping with how crazy the rest of the game is.

It’s the repetition that truly hampers The Princess Guide however. Aside from new traps to use and increasingly larger and more dangerous foes to fight, very little changes throughout the game. Beat up monsters. Move on to next area. Beat up Monsters. Repeat Ad infinitum. Because the mechanics are either poorly explained or shallowly implemented, the sheen of this game wears thin very quickly and without the unique aspects of its predecessor Penny-Punching Princess, it becomes a slog very quickly.

The Princess Guide is available now on PS4 (review version) and Nintendo Switch.

Disclaimer: In order to complete this review we were provided with a review code from the publisher. For our full review policy, please go here.

If you enjoyed this article of any of our content, please consider supporting our Patreon.