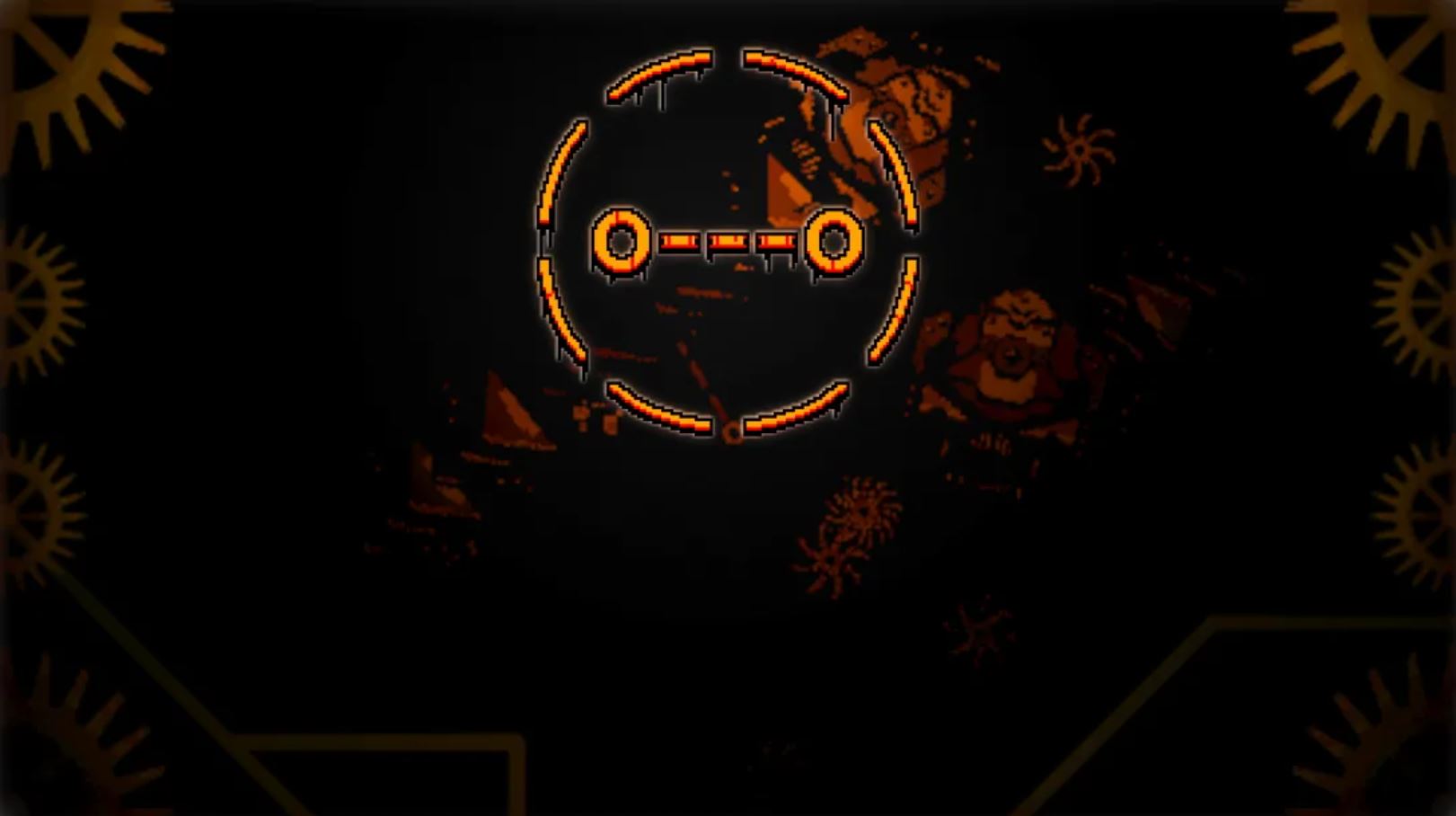 A brutal arcade game with a single button control, ‘O---O’ might be the cause of many broken Nintendo Switches. The Finger Guns Review.

A brutal arcade game with a single button control, ‘O—O’ might be the cause of many broken Nintendo Switches. The Finger Guns Review.

I have to question the wisdom in calling your game O—O. I mean, I get how smart it is. Much like VVVVV did in 2010, it’s a sharp way to amalgamate the name and a game play element into a titular symbol. Here though, I’m not sure how word of mouth is supposed to get around. I can’t see anyone saying “Hey, check out this game called Oh dash dash dash Oh on Switch”. It makes you look like you’re having a Max Headroom style stutter. I can also see my search engine optimisation light flashing at me like the brake lights snaking down the M6 during the morning rush. If you’ve managed to arrive at this review for O—O via Google, It’ll have been through some small miracle.

O—O is an interesting game as there’s not a lot like it that release these days. It harks back – both visually and in terms of design – to the challenging arcade games released in the 80’s. It’s a game that is controlled with a single button. The player guided entity, which looks like the game’s title, spins around with one end acting as an anchor to the flooring. When a button is pressed, the rotating end of the paddle-like-entity sticks to the ground and the opposite end starts to spin. Using this mechanic, the aim is to waddle the O—O from the start of the level to the end point.

Doing so is easier said than done. You’re given a limit of 20 lives in order to reach the end of the level and standing between you and the exit are a plethora of dangers. If the anchored end of the paddle touches any of these perils, you’ll lose a life and be respawned at the start/last checkpoint you reached. The spinning arm of the O—O will pass through any hazard unharmed however. By sending he invulnerable spinning arm through walls or obstacles, you can essentially step over them.

The first level is simple enough to ease you in gently. There’s just walls to step over. The difficulty curve goes up from here very sharply. A myriad of classic arcade obstacles get introduced rapidly as the player reaches each new level. Circular enclosures with walls which move around its interior. Lines that move from left to right along the screen. Walls which need to be slowly destroyed by each pass of the spinning arm of the O—O. Homing turrets. Moving saw blades. Homing saw blade enemies. Each level introduces something new that’s trying to kill the play controlled paddle which constantly adds to the complexity and challenge.

O—O demands absolute precision from the player at times. There are portions of the game when you’ll have to step the paddle through moving platforms and if you don’t click the button to change the anchor point on the first spin of the arm, you’ll get squished. Any hesitation and you’ll be back at the checkpoint. Some sections of the game are borderline sadistic in the way they’re put together, pitting the player against a combination of dangers that feel purpose built to frustrate the player. For example, at the start of the 4th level, there’s a auto-targeting turret that will fire off a projectile in your direction. You’re having to avoid these missiles while also moving through a series of crushers which spawn from either side of a narrow passageway. It’s brutal.

Much like the soulslikes of the world, O—O follows the design tenet that the more challenging the test, the more gratifying it feels once you’ve bested it. For the most part, it achieves that effect. There’s no part of this game that feels utterly impossible but it will feel unfair at first. A bit of trial and error will reveal the way forward which, must like any trial and error, can be irritating. When you do finally discover the way forward and nail the execution, it can feel great.

That leads to the first and primary issue with O—O. A game this challenging has to be incredibly accurate so that it doesn’t make failure feel cheap. Unfortunately, that’s not always true here. The O part of the O—O expands and contracts when it’s anchored to the ground. It’s mild, but in a game of fine margins, what you believe is a safe place to set your O leg down can turn into a respawn half a second later. This isn’t helped by some inconsistencies; When the O—O paddle passes through any surface, it generates a pixel effect. You’d think then that if none of those pixel effects were being generated when the O—O arm spins near to a structure, it would be safe to press the button to swap anchored legs. Alas, that’s not true. Even if there’s no indication that your paddle is passing through the wall, it can still be doing so by a pixel or 2.

The frame rate when the Switch is in handheld mode isn’t helpful either. A game that relies on quick action like this one should be aiming for 60 frames per second to make it as smooth as possible. You can see the staggering of the paddle’s movement in handheld mode which, while not quite a deal breaker, is a disappointment.

There’s a narrative to O—O which feels unnecessary and tacked on. It’s delivered via a long passage of text at the beginning of the game and isn’t mentioned again until the finale. It’s pretty convoluted too. You play as a part of a soul that has been made digital and is now fighting against an invading force. Or something like that. As mentioned, it’s pretty hard to follow or comprehend. Thankfully, it can be almost entirely ignored and can be skipped by pressing A repeatedly.

Visually, O—O is part way between an old school Commodore Amiga game and an emulation of Tron like visuals. Each level has its own uniquely coloured accents which juxtapose the dark backgrounds with circuit board detailing. It’s all rather basic but it accommodates the fast paced arcade action well.

The same can be said about the soundtrack. Atmospheric electronic tracks set the tone for the action, helping to dictate a pace. The tempo of the tracks could have been balanced a little more appropriately – some levels are fast moving but with slower paced songs while others are more measured with pumping beats – but all the tracks are nice little ear worms regardless.

I’ve had my hands on O—O since the middle of May 2021 and am only now finishing my review for it – half a month later. That’s because the game is so brutally difficult at times that I gave up on it. It’s the kind of game that can get under your skin, because of the steep challenge and the requirement for trial and error, that I’ve had to put my Switch down. When you’ve finally bested a section that has defeated you hundreds of times only to mess up right before the end portal, the desire to throw my Switch out of the window was pretty damn strong. I’ll admit to helicoptering my Switch onto the bed a few times, something I thought I’d grown out of years ago. Finally besting the game though, thousands of deaths later, was worth it. Just about.

You’ll need persistence and patience to get the most out of O—O. It’s a tense and challenging retro inspired arcade game that’ll grate on the nerves long before it delivers any satisfaction. A convoluted, unnecessary plot is offset but pleasing yet basic visuals, smart single button game play and a toe tapping soundtrack. There’s glimpses of real ingenuity in O—O. The rest of the game occasionally feels like it’s overtly challenging in order to make the content stretch further.