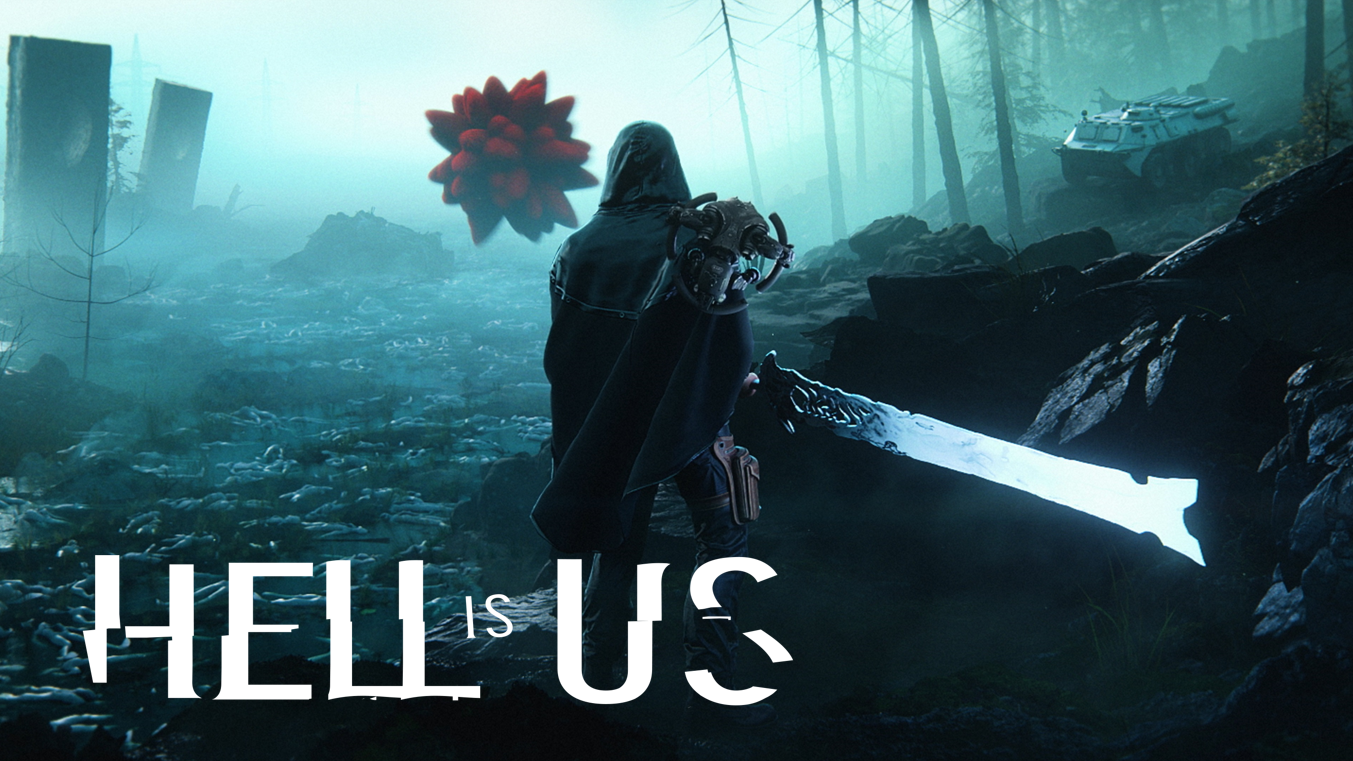 Creepy new game has been described as 'Death Stranding with Swords'.

Gotta love this magical time of year. No, I’m not talking about Christmas. I mean now. Springtime for gamers is a joyous time, bringing with it a hundred new game announcements. And while we will have to wait until June for the bulk of them (during Summer Game Fest, and don’t-call-it-E3) plenty of developers and publishers get a bit trigger-happy beforehand and give us a wonderful buildup where it seems a new game is being announced every couple of days.

This last week or so, we’ve had Tomb Raider dusting off the cobwebs, and Square Enix just throwing out a new Kingdom Hearts 4 trailer to see if it sticks, and then there’s that little Return to Monkey Island announcement (if you’re of a certain gaming generation you probably had to eat a hat). Well, for right now I want to move past those big-hitters and draw your attention to something very interesting. Don’t want it to get lost.

NACON has announced Hell is Us, a new AA, possibly even AAA game, from development studio Rogue Factor (Necromunda: Underhive Wars). Someone has given their creepy imagination free rein, and that someone is creative director Jonathan Jacques-Belletête, best known for his visionary work on Deus Ex: Human Revolution, Deus Ex: Mankind Divided (remember all the gold and black) and also Marvel’s Guardians of the Galaxy. Hell is Us is the studio’s most ambitious project and has been in development for some years now.

So what is it? Check out the video link below, which you’ll have to go to directly as it’s age-locked.

Straight from the press-release: Hell is Us is a third-person action-adventure game set in a semi-open world where the main character sets out to learn more about his past in a country ravaged by civil war. The almost total self-sufficiency of the country hides a dark secret: the recent appearance of supernatural creatures resembling ancient headstones and monuments in the region. The citizens call this phenomenon “the Calamity”. Armed with weapons specially forged to fight these monsters, the protagonist must learn how to defeat them and use his equipment wisely.

Now, I don’t know about you but I’m getting some vibes from this. Firstly, story-heavy. You don’t dedicate half your trailer to a still of an execution, or the weird dead white bodies, unless there is plenty of mystery and plot to come. What are the white people? Clones, dreams, avatars? As if that’s not enough, then there’s a drone eagle human that lands on the protagonist’s back, a weird red anomaly in the distance, and a beautiful Cloud Strife-esque buster sword. I’m getting Control vibes, a Souls-feel, lots of things. Elsewhere this has also been elevator-pitched as ‘Death Stranding with swords’. Very intriguing.

The team wants to bill Hell is Us as a brand new genre, one where players explore environments to find information all by themselves. “Our goal with Hell is Us is to bring back true adventure and exploration,” said Jonathan Jacques-Belletête. “There’s no need for a detailed quest log or precise waypoint on the map: we want players to feel the thrill of adventure, guided by their feelings and instincts.” Sounds a little like the Elden Ring map.

As always, a cinematic is not gameplay, and we will reserve any further excitement for the coming months, when Nacon promises more reveals.

Developed using Unreal Engine 5, Hell is Us is slated for 2023 on PC, PlayStation 5 and Xbox Series X|S.