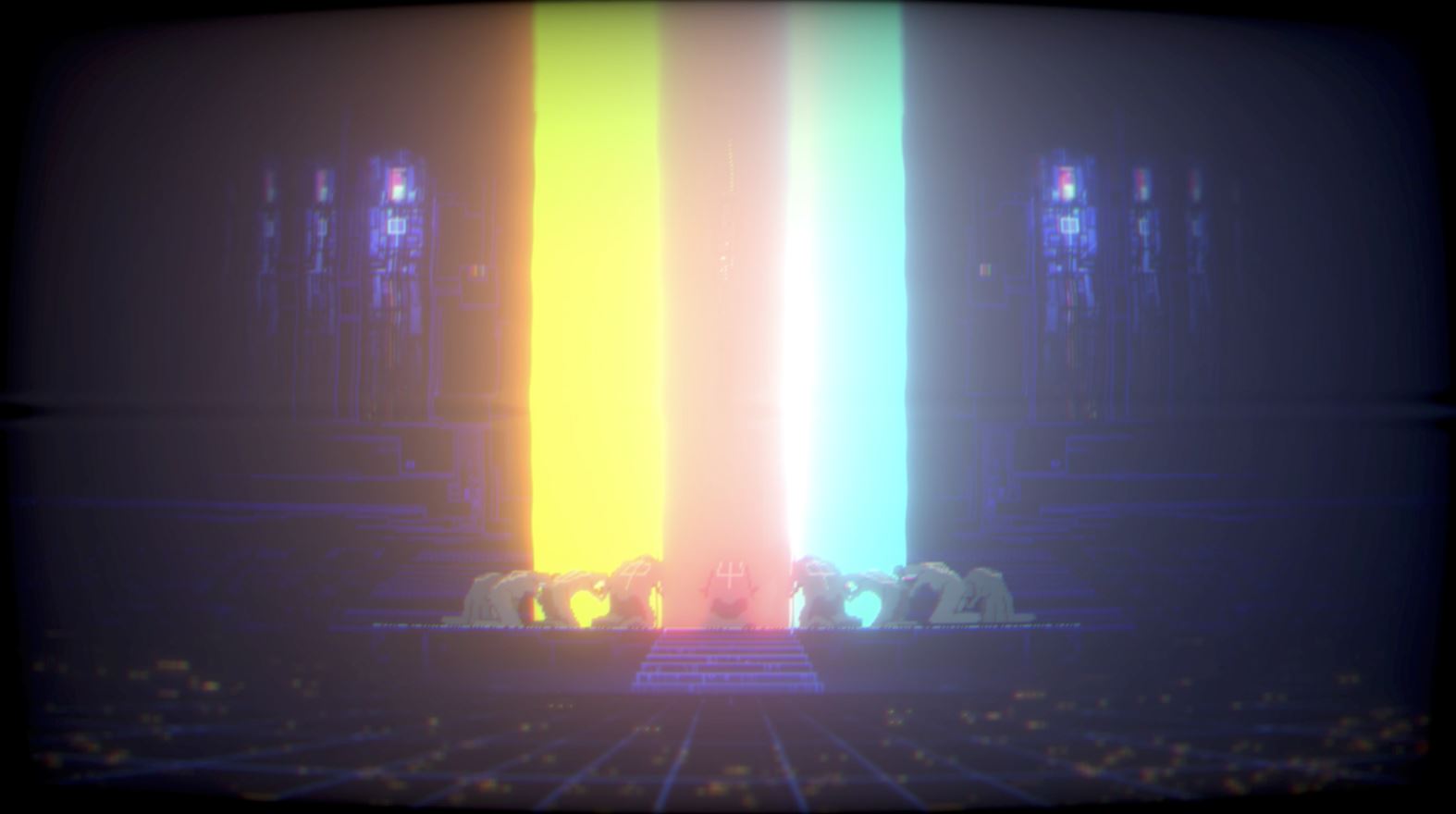 Imaginative Metroidvania Narita Boy gets a release date and it's really close!

Team17 and Studio Koba have today revealed that digital adventure game Narita Boy will be released on 30th March on basically every system going. That’s PC via Steam, PlayStation 4 (and backwards compatible with PlayStation 5), Nintendo Switch and Xbox One (and Xbox Series X|S) – and on Release Day on Xbox Game Pass for PC and Console.

Described as a narrative-driven ‘RetroVania’ (let’s hope that term catches on) adventure, Narita Boy takes you through your 1980s Narita1 console into the fantasy-Tron Digital Kingdom to fight for its freedom… and for the memories of its human creator. Heavily inspired by electronic pop culture in the 1980s, and featuring a silky synthwave soundtrack, it’s one of our most anticipated titles of the year, and we can’t wait! It looks like one of the most imaginative new worlds we’ve seen for some time!

For more information check out our look at Narita Boy from last year. And our rundown of the greatest demos in the recent Steam Festival!

Check out the badass new release date trailer below –

From the Press Release –

In addition to releasing the game, Team17 and Studio Koba are also promoting Saving The Arcade World, a campaign powered by Narita Boy to create awareness of the plight facing arcade games and arcade amusements. Team17 has partnered with The Strong: National Museum of Play in Rochester, New York, The National Videogame Museum in the UK, and Arcade Vintage: Museo del Videojuego in Spain, to ensure this distinct and important part of video games history is protected and preserved.

The synthwave track Saving The World from the official Narita Boy soundtrack is now available to stream on Spotify and all major online music platforms, and to purchase from digital retailers including the iTunes Store and Amazon Music. Royalties from the sale of ‘Saving The World’ go towards the Saving The Arcade World campaign until the launch of Narita Boy. A digital charity event is also planned for later in spring, with a percentage of each sale also contributing to the campaign. The final amount raised will split equally between the three museums to continue and develop arcade game and machine preservation projects.

Further information on the Saving The Arcade World is available from www.team17.com; share your arcade memories on social media with #SavingTheArcadeWorld. To keep up to date with all the information on Narita Boy please like Studio Koba on Facebook, follow the studio on Twitter and Instagram, and join us on Discord.

And here at Finger Guns we will be waiting on the absolute edge of our seats all the way until March 30th, ready to draw the Techno Sword, surf on a floppy disk, and dive into the magical Digital Kingdom! It’s gonna be something special!

1 thought on “Awesome-Looking Indie Narita Boy Gets Release Date – And It’s Not Long To Wait!”