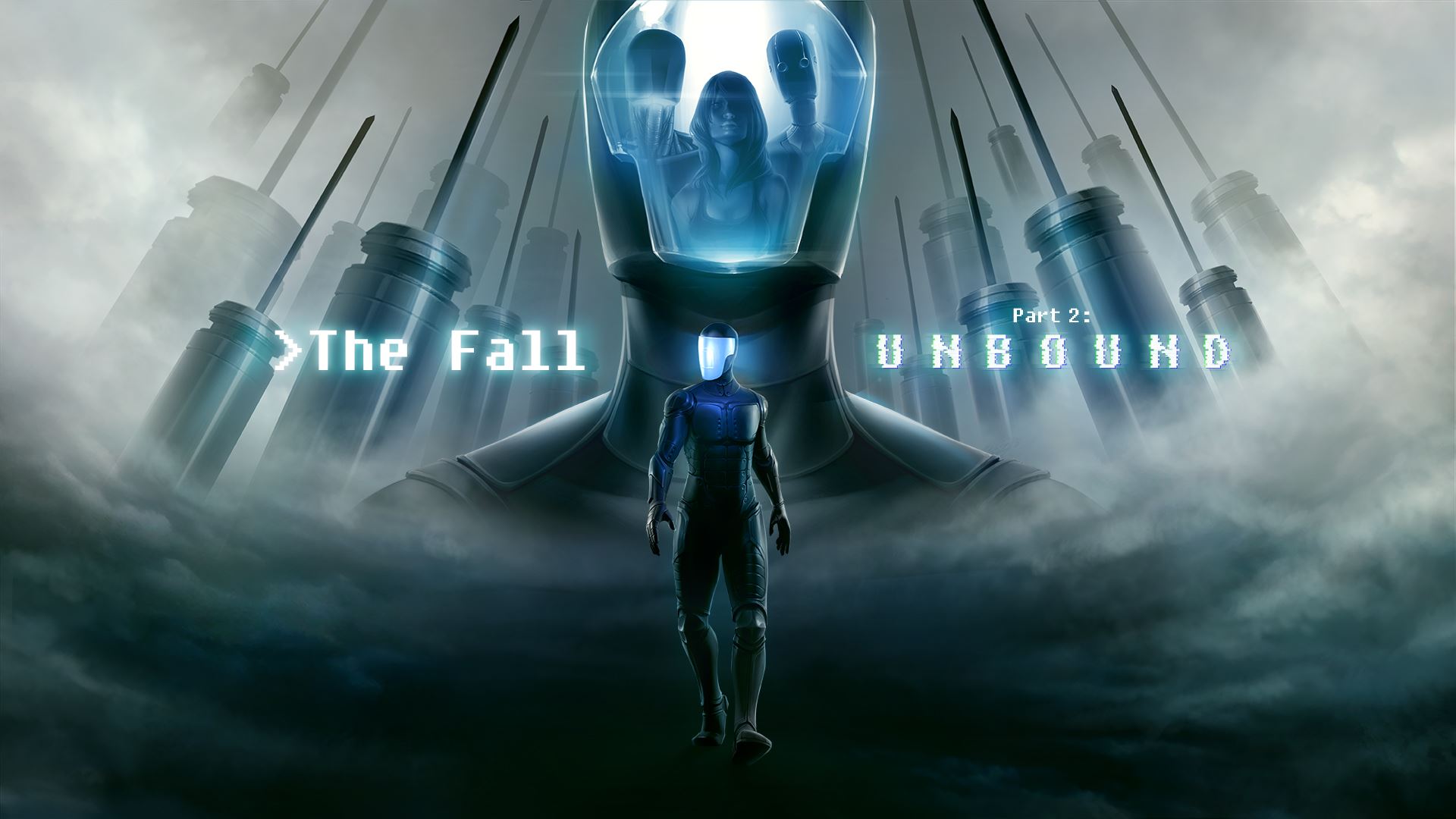 The Fall Part 2: Unbound tells an interesting and often complex tale of an artificial intelligence but it’s often too obtuse with it’s puzzle solutions. The FingerGuns Review:

I need to mention this up front – The Fall Part 2: Unbound is appropriately named because it’s not so much a sequel as it is a continuation from the original game. This might be a standalone title but it’s almost entirely reliant on the player having played and completed The Fall. Without the knowledge of the events of the original game, much of Unbound won’t make sense and other sections won’t land as well as it would otherwise. If you’ve not completed The Fall, playing Part 2 will be fruitless. There’s a vast number call backs to characters and events from Part 1 and the motivation of the main character ARID will feel forced if you’ve not experienced the trials and tribulations she has been through already. Go and play that before even considering Part 2.

For those that have completed the first game, Unbound picks up where the original left off. ARID, the AI system aboard a Mark-7 combat suit, has uncovered the hard truth that everything she had endured in the first game was through a sense of self preservation rather than a noble quest to save her pilot. Her body is being ‘de-purposed’ in the abandoned Domesticon facility because ‘nothing binds her’ but despite acknowledging that she is not being governed by her previous laws, she still wants to ‘live’. Struggling against being shut down, she identifies someone called ‘User’ who is attacking her programming and decides to go on the offensive. Accessing a cyber-reality, like a virtual version of the real world, ARID decides to give herself a new law to abide by, “save myself”, and to stop the ‘User’ assaulting her by tracing the link they’re using.

One of the main themes of the original game – subverting the laws, rules and routines that keep artificial intelligences in check – continues in Unbound but in a far more interesting way. As ARID tracks down the “User”, she inhabits 3 other robots that already have AI hosts, all of which are bound by their own sets of rules. To progress, ARID must learn these rules and subvert amd manipulate them to suit her own needs at any cost. The personalities that ARID comes into contact with in the first third of Unbound are varied, interesting and are often quite amusing.

Much like the original title, Unbound plays like a side on point and click adventure with action elements. On the PS4, you control the movement of ARID with the left stick and the direction in which she’s looking with the right. When looking around, she can interact with objects that are highlighted within a cone of vision.

There are also 2 different types of combat in the game – 1 with a gun toting ARID in the virtual world and the other with hand-to-hand combat in the real world. When fighting with ARID, the combat does feel clunky and simplistic, much like the equivalent sections in the original game (just without that unwieldy laser sight). ARID can auto-aim at an enemies this time but to survive any encounter, she must avoid her attackers until they turn blue at which point you can shoot them to deal damage. There is, however, a limit to the amount of energy ARID can expel through jumping and shooting which means it’s essential to learn the attack patterns of each enemy type rather than just button mashing. This adds a little tension to those moments but even the most difficult of these battles are relatively easy.

The other type of combat is a hand-to-hand combat which, in actual fact, is more like a rhythm game. Enemies attack from both side of the screen and to fight off the oncoming foes, you must press Square to attack to the left and Circle to attack from the right in time to match their approach. This mode becomes more and more complex as the game progresses, eventually becoming a joy to complete but never becoming overly challenging.

The amount of combat in Part 2 of The Fall has been toned down compared to the original because at its core, Unbound is more of a puzzle game that challenges the player to explore everything in the environment and the utilise it to overcome an issue. There are some really interesting sections of the game that ask the player to think way outside of the box to violate a particular set of rules and to come up with a solution to a problem. This does raise an issue, however, because Unbound is often a little too obtuse with its explanations of what you’re supposed to be doing next. The middle third of the game feels disjointed in its structure, asking the player to part complete objectives before moving on, only to backtrack later.

Then the last third of the game becomes entirely unfocused, giving you a lot of freedom to explore but with little guidance on what the objectives actually are. At one point, you must highlight 3 different objects and discuss it with the AI controlled robot you’re currently inhabiting – but first you have to find these items and then you have to talk about them in a very specific order which seems entirely nonsensical and without reason. There are a number of these head scratchers in the last half of the game – when a puzzle seems to be designed to be confusing for the sake of being confusing – which are frustrating far more than they are puzzling.

The Fall Part 2 also lacks some polish. There are moments, specifically when the game is saving and loading at the same time, when the game stutters heavily. I counted 6 occasions when a characters froze then effectively teleported to the otherside of the screen during a cutscene because the game stuttered heavily and some animation was missed. There are also some objects that ARID can look at but the text description is partially off-screen. Thankfully, none of these were integral to progression in the game so this is only a small annoyance.

What definitely has stepped up since the original game is the visual quality and art style. The noir sci-fi aesthetic remains from the original game but it’s far more detailed and cleaner this time around. There’s some impressive use of particle effects to add a really creepy atmosphere to particular areas and there’s a pleasing Tron/wireframe feel to the virtual reality sections too. There’s also more depth to the environments, the additional layers doing a grand job of world building.

The Fall Part 2: Unbound is more of the same from Over The Moon and if you’re a fan of the original game, you’ll find the story that’s continued here to be as interesting as that of the original. There has been some changes – the combat has been reworked dramatically and the game has more of an open, less railroaded feeling – but rather than a step forward, these offer more of a side step than an improvement. The vast majority of the puzzles in this game require an understanding of logic and are genuinely pleasurable to solve but there are times when Unbound just doesn’t do enough to nudge the player in the right direction. There were a handful of occasions in my 8 hours with the game where I found myself interacting with anything and everything, hoping to stumble over a solution that was never apparent, even after I’d solved it. It’s a game that sometimes feels like it’s trying to be too intelligent for its own good without giving the player enough of an explanation. Still, even after feeling more confused than amused with the last hour, by the time the credits roll, Unbound ties itself up in a neat bow and delivers a pay off that’s worth pushing through its various late frustrations. In fact, I was quite excited for what was to come from a potential Part 3 of The Fall…

The Fall Part 2: Unbound is launching on PC via Steam and Humble, PS4 (reviewed on base PS4), Xbox One and Nintendo Switch.

Developers: Over The Moon

Publishers: Over The Moon

Disclaimer: In order to complete this review, we were provided with a promotional code from the publisher. For our full review policy please go here.

Phlegethon Review (PS4) - Styx In The Mud
Terminator Resistance Review – I think this game’s a couple cans short of a six-pack
The Finger Guns Podcast Ep. 164 - Stray Reviewed | Are We Really Going to Pay £70 for The Last of Us...

Tags: Over The Moon The Fall Part 2: Unbound 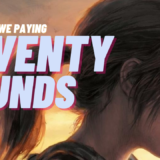 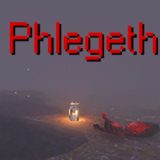