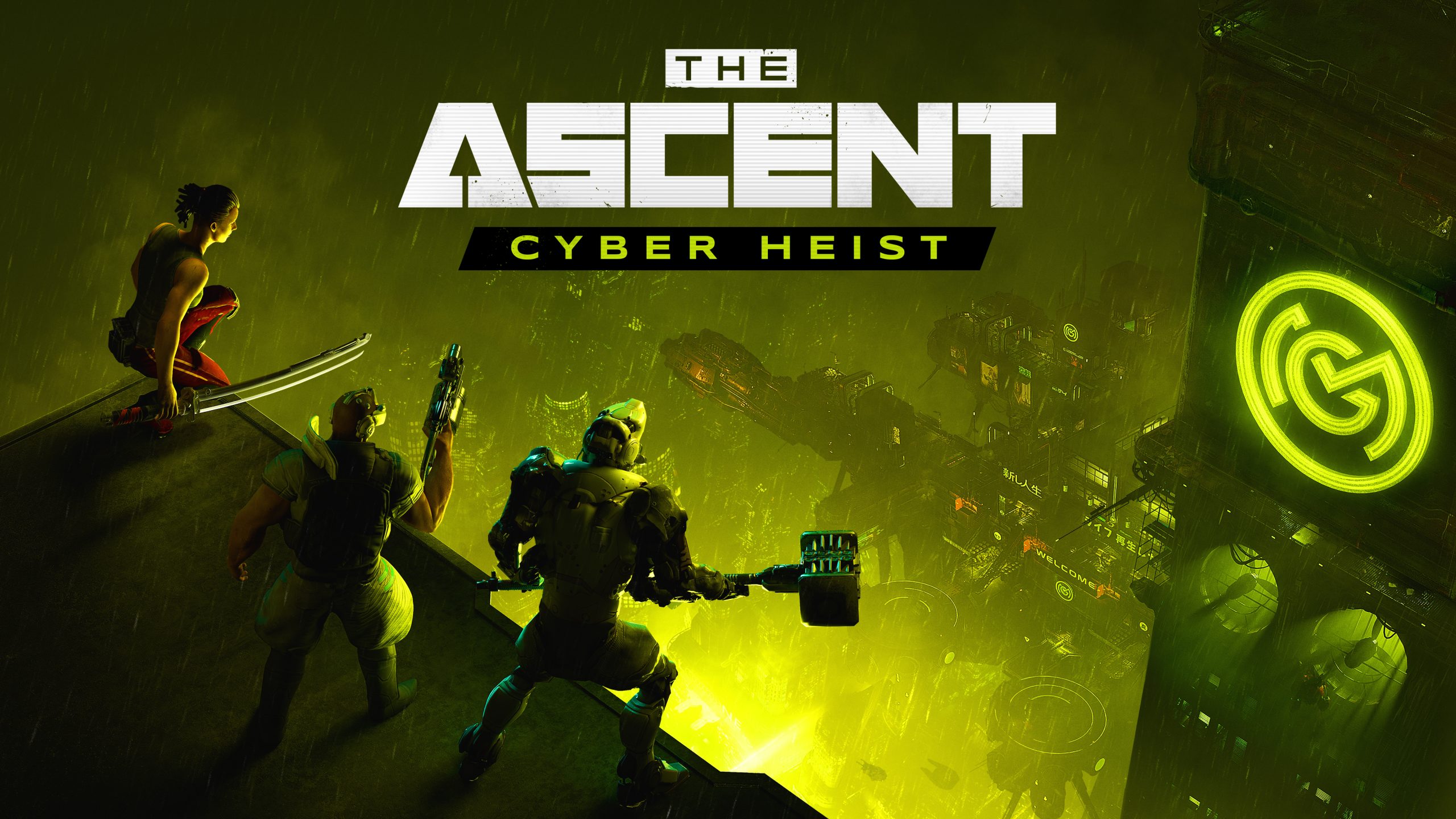 The Ascent: Cyber Heist is unbalanced in its offering. Some much welcome additions like the melee combat are bogged down by the lacklustre length of the story. However, if you liked The Ascent enough, you’ll get some enjoyment if you do revisit.

The Ascent: Cyber Heist DLC is a short-lived expansion, but its offerings are worth a revisit. The Finger Guns Review:

As you’re reading this review I’ll assume you’ve played The Ascent. If you haven’t or need a refresher on Finger Guns’ take on the game, here’s a link to Miles’ review. Miles touched on a lot of points that I also felt when playing the main game. I’m usually well immersed in world building and storytelling, but Miles was right. The Ascent is filled with so much jargon, I personally glazed over the context of killing and instead just killed. I can say I’ve 100% The Ascent but I couldn’t necessarily tell you what it’s about.

The Secret Ingredient Is (Cyber) Crime

However, stepping into this review I paid closer attention to the narrative threads. To call it a mistake that I didn’t skip the cut-scenes or dialogue this time round would be hyperbole. I actually found a couple of characters quite endearing despite the rough and squalor of this world. Namely a key figure in the story, Orlando, a cockney crime lord that hires you for a job. As well as S.A.M. a sentient AI that has seen the world that The Ascent has to offer and would rather not exist. Some of the commentary borders meta as it speaks to you, making for an actual reason to listen in. This depth in narrative I wish wasn’t so sparse, as when it strikes the right chord, it shines.

Cyber Heist takes place almost immediately after the events of the main game. So immediate that Kira even remarks on how quickly you’re returning to work. Your objective is to steal RUBY but what is RUBY? “The less you know the better”, a statement repeated through the story and without that knowledge – is there any drive to continue the story? No.

Playing devil’s advocate, this could be setting up a second instalment that’ll reveal itself to be a major story beat in this post-Ascent storyline, but all I can say for now is I’d rather be where S.A.M. ended up after this few hours romp.

The Clashing of Bone And Sinew

The story’s always been less than desirable for me in The Ascent. What got me through the finish line initially was the stellar gameplay. The crunch and splatters of the flesh that dare step in my way is a satisfying loop. The added elements for this isometric twin stick shooter, such as: cover fire and changing the height of your aim added a much-needed modernising of the genre.

This follows through in Cyber Heist as well as adding a couple more to sink your teeth into. A big one to note is the introduction to Melee weapons. On initial acquaintance of the Hammer I was not very interested, but throw a Katana in my hand and I’ll be Deep Throat any day….wait.

Whilst you may not look as stylish as Gray Fox flailing your sword, it’s a risk/reward I’ve not felt in the base game. You’re not exactly a bullet sponge, so charging up to an enemy isn’t the first play. I even started getting flashbacks of Hotline Miami – using cover and picking my time to slice them into sashimi. I had a lot of fun changing up my playstyle to accommodate a melee build.

The only downside is there’s about three weapons to choose from, whereas the long-range approach is still an absolute treasure trove. It’s balanced well – and in a game all about damage input/output – adding a new element that change of gameplay is not a simple case of flipping on the melee switch. A step that Neon Giant didn’t need to take but I’m glad they did. The melee selection is hopefully only the start of what’s to come in following DLC. I was hoping for additional armour sets, but it was sorely not as present. I didn’t find any reason to change my loadout from the base game.

Someone Wanna Call A Goddamn Paramedic?

But the weapons aren’t the only addition as there are new enemy types to contend with. A new faction called the Malhorst-Gelb Group, a militia that own this new Arcology you’ll be exploring. They’re a viscous new addition that hound you across the city in droves turning the game into an almost bullet hell shooter. With the introduction to the new faction there’re Mechs reminiscent of Robocop that you’ll face, they’re a sight to behold but not much of a challenge.

This new environment as you may have gathered from the promotional art and the title, is in fact, green. I joke about it but the visual difference is an appealing one. That said that’s really all it is – a slight makeover. For the most part the environments aren’t too dissimilar from the base game, this isn’t an overall lowlight as it’s still a neon drenched feast for the eyes. I guess the adage would be why fix what isn’t broken.

This DLC isn’t for newcomers as it’s only playable after the game rolls credits. With that said I don’t think NeonGiant intended it that way. This one is for those who are sad that their time in The Ascent is over. Whilst this doesn’t extend the gameplay time for much longer, the gameplay elements they added may just be worth your time.

The Ascent: Cyber Heist is unbalanced in its offering. Some much welcome additions like the melee combat are bogged down by the lacklustre length of the story. However, if you liked The Ascent enough, you’ll get some enjoyment if you do revisit.

The Ascent Cyber Heist DLC is out now on Playstation 5 (review platform), Playstation 4, Xbox Series X/S, Xbox One and PC.