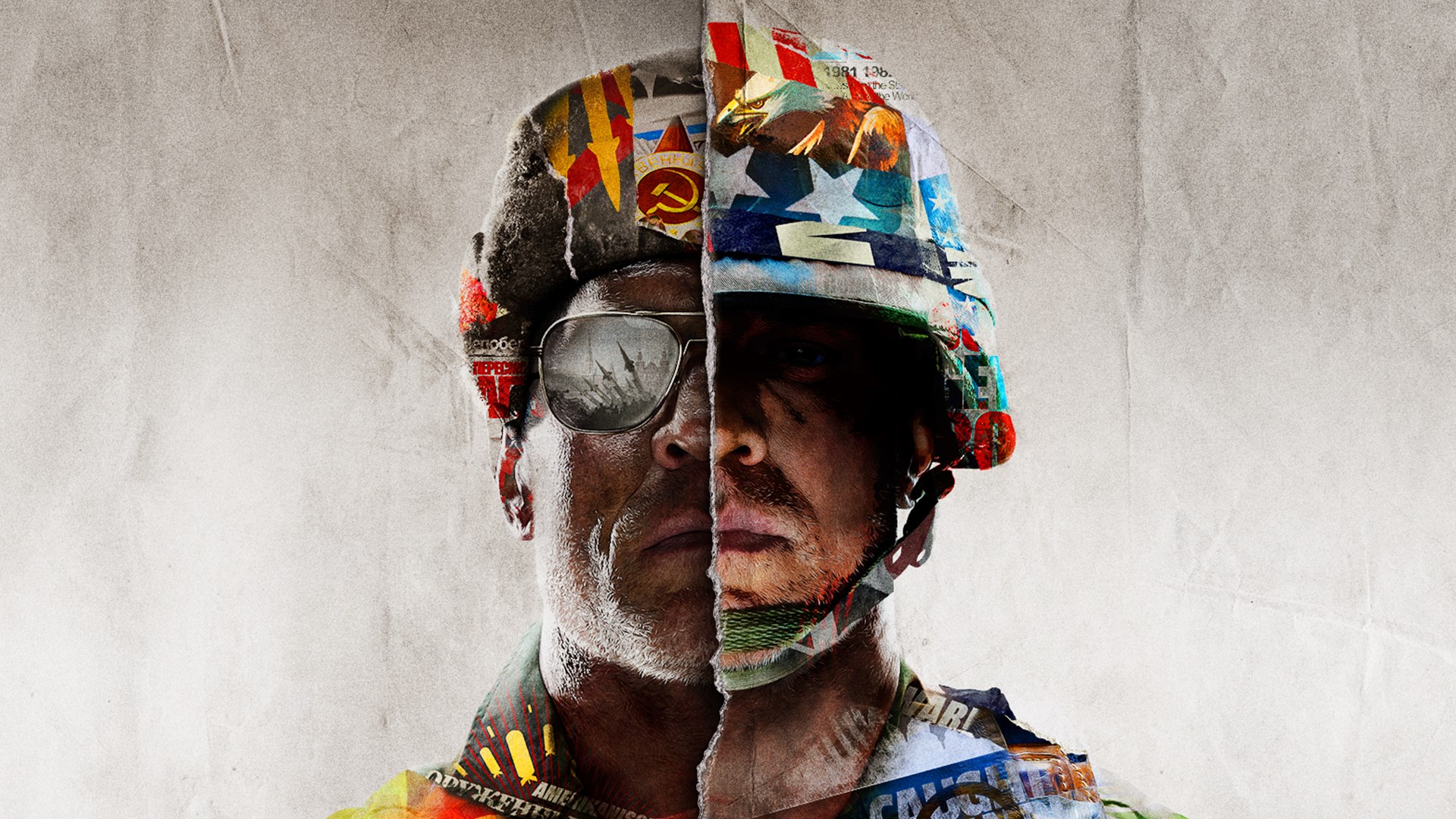 I remember when Ghosts, of all the Call of Duty’s, was the flagship iteration leading into the release of the PS4. It was hugely exciting to play the game on a brand new system, even if it wasn’t even close to being in the top ten of all time classic titles in the series. There was an air of freshness about it, and I still miss Riley. Still, it all immediately came back to me when firing up Black Ops Cold War for the first time on PS5, and how Ghosts seems like such a stripped back, simple experience in comparison. Now that there’s a bizarre but hugely successful cross-transition Battle Royale also to contend with, Cold War has its work cut out for it to stand out as a true Call of Duty classic, and whilst it’s nowhere near such heights of Modern Warfare, its sequel or the original Black Ops, there’s a familiarity here that stands alongside the AAA blockbuster insanity it’s oh so famous for. Call of Duty is back once again and it’s still a ton of utterly brainless, exciting escapism, whilst offering very little in the way of innovation.

I say that because the campaign feels almost exactly the same as 2019’s Modern Warfare. If you took out Mason, Woods and replaced them with Soap and Price, you’d think you were playing the same game. You could argue that Call of Duty has been famous for sticking to its tried and tested formula for the longest time – barring 2018’s Black Ops 4 which dropped in a Battle Royale instead of a campaign – you know what you’re going to get and you’re either on board or you’re not.

There’s not an awful lot the series could do to bring newcomers over to explore all of the new mechanics being used by whichever Activision studios turn it is to churn out the latest version, so they don’t bother. They appeal only to their base, giving them everything they want in a nice tidy package that on the surface is more Michael Bay than it’s ever been, delivering on those ticked boxes on a metaphorical CoD-fanboy checklist.

As my all time favourite CoD was the original Black Ops, it’s great to be back in the company of Mason and Woods again, even if their voice actors are now significantly cheaper sounding than Sam Worthington and James C. Burns. It took a minute to get used to not playing as Mason as I had spent so much time with him in the original, that this direct sequel puts us in the shoes of a faceless, silent agent nicknamed ‘Bell’ (you can choose them to have your own name, which is still rather odd to see when it pops up at the start of a mission before being ceremoniously redacted), and you’re on the hunt for a fellow named Perseus who is on the hunt for nuclear weapons around Europe to detonate.

The tried and tested formula is here on full display. A few run and gun missions, the odd sneaky sniper missions (always a highlight and no different here) and the ‘stay silent until shit hits the fan and you have to escape on a random vehicle’ missions that are the bread and butter of the entire franchise.

It’s hardly disappointing when you know what to expect going in, and Cold War does a solid job of at least mixing up the formula a tad by adding stealth missions that are full of genuine tension, particularly a mission where you’re tasked with planting a tracker into a briefcase on the second floor of an enemies apartment without being spotted. In something I don’t think I’ve ever really experienced in a CoD game before, I was on the edge of my seat with my heart racing, doing my best to not make a sound and navigating my way around the floor whilst the owners moved from room to room. It was all rather brilliantly designed, until it wasn’t, for the payoff of you being a super stealth ninja for twenty minutes was getting captured, so either way you were screwed and I felt completely deflated. The sheer effort of making it to the room with the briefcase felt pretty intense, more work than I felt I’ve done in a CoD game for years and well, it was all for nothing. I was dreading having to make my way back downstairs again and out the door but I needn’t have worried, as it didn’t matter at all. Such a shame.

Thankfully, the bombast cataclysmic madness of a CoD campaign is present and correct. There’s nobody else on earth who does it better and you could argue this is why the campaign has remained a staple in the series for the longest time, even after the BO4 experiment that removed it completely. It’s still a complete joy to be stuck in the middle of a raging warzone (virtually, of course) with explosions aplenty and the endless swarm of enemies surrounding you at every opportunity. It’s a shame the runway sequence was exposed in the PlayStation showcase because I would have loved to go into that one without knowing it was coming, such was the thrill of controlling an RC car under enemy Jeeps with the intention of blowing up a sodding plane before it took off.

A following mission set in a Russian training facility decked out to look like an 80’s American cliche-ridden town was also a delight, particularly as there was a fully working arcade included where you could play classic Activision titles such as Pitfall, Fishing Derby, Grand Prix, Barnstorming and River Raid. It’s rather nice to hear Woods actually talk like a human whilst watching you play rather than just a pissed off grunt for a change.

There’s a significant level of replayability, too. Something you can’t say about a fair amount of CoD campaigns.Before each mission you’re essentially stationed in a hub world with a board featuring clues and evidence you need to piece together found in previous missions in order to unlock side missions with different characters such as floppy discs and paper intel.

Pieces of evidence that contain clues to the disk’s password are hidden inside missions, so collecting intel is paramount if you want to get the full story. It’s nicely tied back into the lore of each mission which gives an extra weight to them.

It certainly adds to each mission as you’re on the lookout for things you can pick up alongside the usual collectibles, and if you’re used to just tearing through the missions for easy trophies you’re going to want to slow it down a tad so you can feast on the full story as you progress. It’s a decent addition and one that makes you want to play through it a few times over to ensure you’ve picked everything up. Easy enough to do with a campaign that barely hits six hours.

And there’s multiple endings which warrant a couple of playthroughs of the final missions. Throughout the campaign you’re offered dialogue choices that can lead to you either collecting evidence and what you’re after or it may just involve you letting someone live or die (normally by killing them in dramatically over the top ways) so it’s really up to you who you want ‘Bell’ to be, there’s very few consequences for your actions until the very end. And well, if you thought CoD was utterly bonkers in its AAA blockbustery before, you haven’t seen anything until you see how it ends. Good lord.

There’s plenty to like about the Cold War campaign and it’s exactly the tonic I needed to see me through before Cyberpunk arrives on the scene. Every year I take a dose of Call of Duty serotonin and it always works for me in some way or another. I’m excited to see if there is a follow up with these characters because my attachment to them from the original remains firm, and I’ve enjoyed being in their company once again.

Just don’t expect a huge shake up of the formula, because despite the branching narrative and some exciting stealth sequences, this is exactly what you expected a few times over, with significantly more bells and whistles than a Christmas party at Coachella.

Look out for our full Black Ops Cold War review soon, including our full verdict on multiplayer and zombies.

Call of Duty Black Ops Cold War treads over familiar territory and will do very little to convince naysayers it’s anything other than what they expect it to be, but fans will lap it up and it’s great to be in the company of the OG Black Ops crew again.

Call of Duty Black Ops Cold War is out now for PS4/PS5 (reviewed on PS5), Xbox One / Xbox Series S/X and PC.