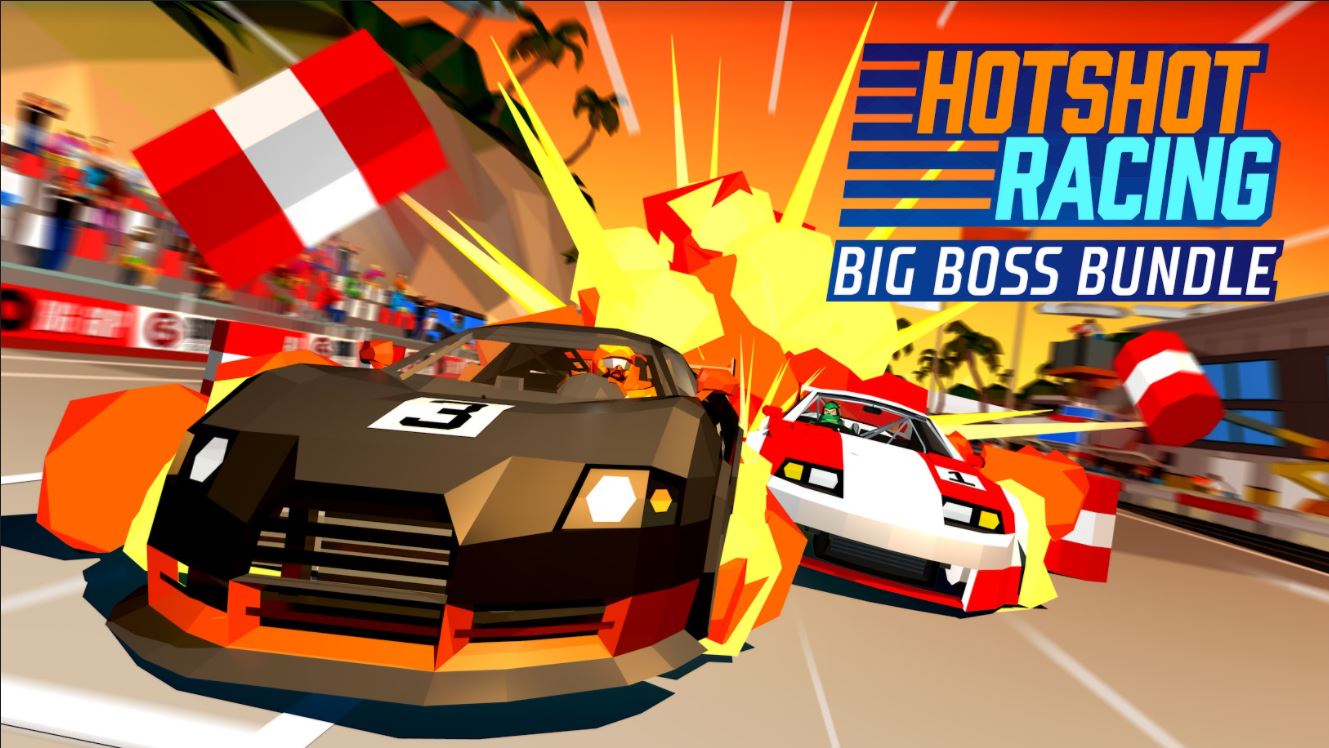 Barrel Barrage Mode
Take Hotshot Racing’s trademark breakneck speed and add explosive barrels to the mix. Launched from the rear of each vehicle, barrels explode on contact with competitors’ cars, inflicting damage and making each dash for the chequered flag more perilous.

Hotshot Racing is currently available for PC, Xbox One, PlayStation 4 and Nintendo Switch, priced at £15.99 / €19.99 / $19.99, with the arcade racer also available as part of Xbox Game Pass. Since launch, the game has sold more than 500k copies across all platforms.

Our take; This DLC couldn’t come at a more opportune time. We were only talking the other day how we all wanted to jump back onto Hotshot Racing, having had a whole lot of fun with this game when it launched. Paul described this game as “a must buy if you are looking to rekindle your love affair with arcade racers” in his review and the Big Boss DLC just sweetens that deal.

E3 2021: Xbox and Bethesda Trailer Round up. Microsoft come out swinging!
Lumote: The Mastermote Chronicles Review (PS4) - Deep Sea, Deep Thinking
There Is No Light Review (PC) - Shine On