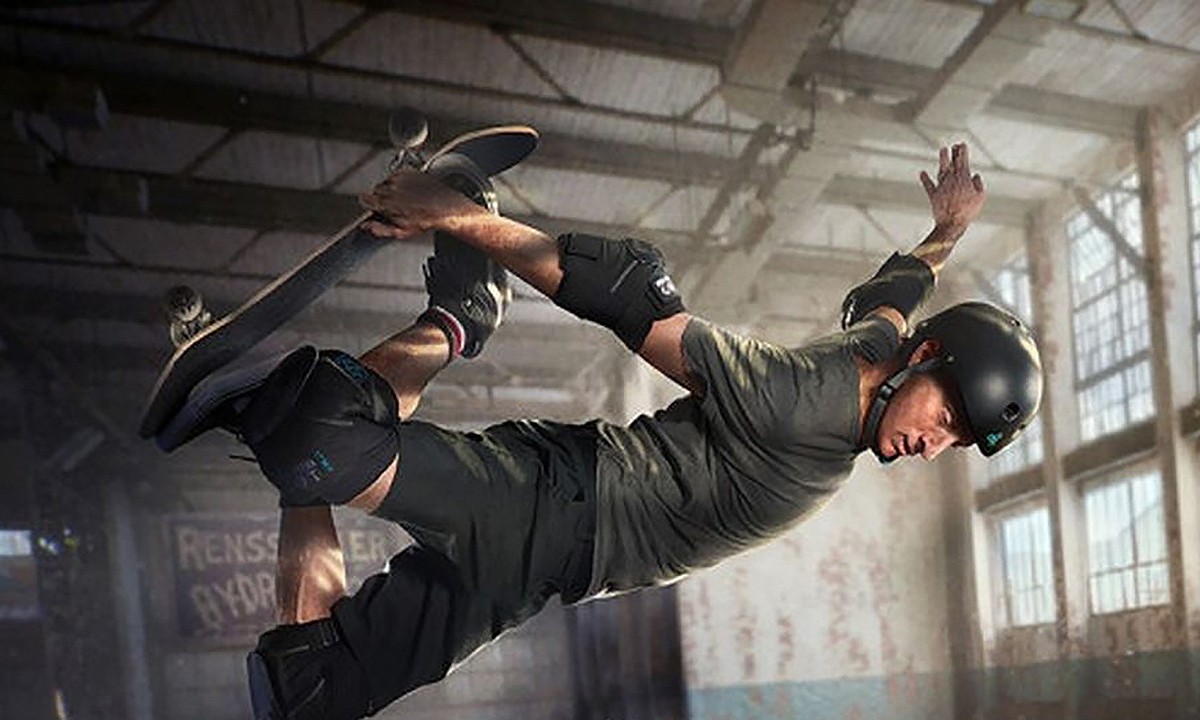 The former king of the skateboarding games finally makes a return after years of faded glory with a remaster of the first two games. Is our nostalgia for these twenty year old classics enough to help them rise to the top again? The Finger Guns review.

Tony Hawk’s games once reigned supreme on the PlayStation 20 years ago. It was the de facto skateboarding game that rightfully held the throne for the best skateboarding game around. Thanks to its simple pick up and play gameplay, sure, but also for being a window and gateway into the skating fraternity’s often misunderstood culture. Tony Hawk’s Pro Skater knew what it meant to be a skater. That is until some dodgy sequels and questionable spin-offs came along, and let’s not forget EA’s Skate which all but sealed the end of Tony Hawk’s triumphant time.

Remember the times when Tony Hawk’s was good in the late 90’s? That’s what we’re getting with Tony Hawk’s Pro Skater 1+2: returning to the first two games, but modernising them, giving them a lick of paint, and adding in some other tweaks both big and small. It’s a timely reminder of why we fell in the love with the franchise in the first place.

If you have played both games before, you’ll know what to expect as the structure of the game remains mostly the same. Select unlocked levels from around the globe and complete tasks and objectives on your trusty deck. These can range from getting the highest trick score to collecting letters to spell out “S K A T E” and even the old favourite, finding hidden tapes. It’s all there, exactly how you remember it. Developer Vicarious Visions have done a wonderful job of keeping everything you know and love intact but have enhanced certain areas to bring it bang-up-to-date with modern gaming. There is a bigger selection of tricks and a tweaked control system which makes pulling off the most outrageous tricks smoother than melted butter.

You may be wondering what all the fuss is about. As a general rule of thumb games that you remember so fondly barely live up to the hype you build up for them. Tony Hawk’s breaks that rule: yes it is fun from a nostalgia point of view but it’s also a fun game in its own right and a welcome introduction to the Tony Hawk’s universe for newbies. Being a combined package from both the first two Hawk games, almost every single real-life skater from those games makes a return along with almost all of the officially licensed 90’s rock tracks. That’s not all however as the bundle also includes a handful of modern-day skaters and a selection of new songs as well as the ability to flip between both games with a single profile, taking with you upgrades and progress. Tony Hawks Pro Skater 1+2 really is the full package.

Speaking of the original game, nearly all of the levels from the first two games are present and correct, all of which have been given a modern-day makeover, and I have to say look fantastic! The overall feel and gameplay is also worth a special mention, it’s pretty amazing how well the 20-year-old gameplay has held up. Skating around just feels tight, the tricks feel fresh and the learning curve is on point.

Of course, the whole point of these levels is so you can chain as many tricks together as possible in the time limit you have available. Not only to rack up your points total but to also fill your special meter which unleashes even more tricks for you. To further chain your combos together, levels have fun alternative paths, unfeasibly large jumps, and rails to jump, trick, and grind off to help you nudge that score even higher. Tony Hawk certainly isn’t going for the realistic approach and that’s what makes it so much fun.

Feeling creative? Want to map out your local skate park? Then you’re in for a treat, as there’s a “design your own park” section with a huge amount of elements to choose from to help you create the park of your dreams. With some sophisticated yet easy to use tools, it’s a lot easier than you think and helps you make even the most complex of parks. Once you have created your masterpiece you can also share it online to see if the rest of the world can cope with your grind-crazy, anti-gravity course. This of course leaves you with almost limitless tracks to explore as you delve into the online community and the weird and wacky designs.

There are also online matches you can jump into. In these randomised sessions you get to compete in quick matches where eight of your skating foes vie for the top spot, as you can imagine the objectives are pretty straight forward, getting the most points in the time limit or landing the best combo etc. They are all simple affairs and although welcome the samey nature of the games made me tire of them pretty quickly. Although, it is nice that each game is seamless, no lobby waiting, just drop in and drop out.

Tony Hawk’s Pro Skater 1+2 is a love letter to the original games. Keeping the core gameplay intact but tweaking it enough to feel fresh and current. Especially with the updated visuals. If anything it shows there is still a lot of love left for the franchise and is a welcome addition to my gaming collection. Hopefully, this will be the jump-start the franchise needs for more Tony Hawk’s games to come our way. It manages to recapture the magic of the originals and has that just one more go feel to it. This game is hard to put down.

Tony Hawk’s Pro Skater 1+2 is a love letter to the original games, keeping the core gameplay intact but tweaking it enough to feel fresh and current. If you were never interested in the original games, or care little for skateboarding and its culture, there is still plenty to enjoy here too. You would be a right nollie not to pick this up.