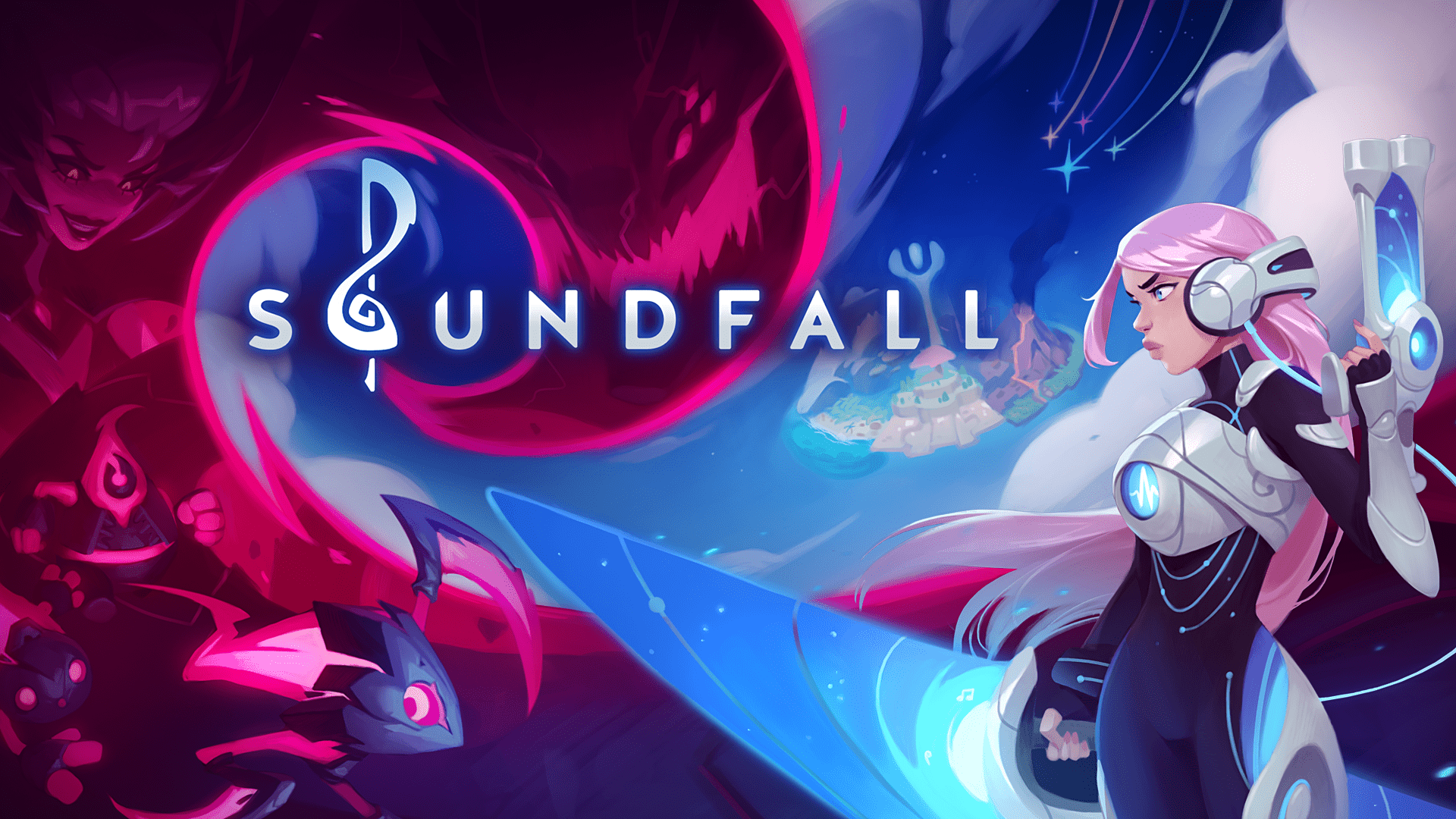 The debut title from Drastic Games, Soundfall feels like the next evolution of the rhythm action game. Here's our hands-on impressions with the game.

The debut title from Drastic Games, Soundfall feels like the next evolution of the rhythm action game. Here’s our hands-on impressions with the game.

The music and rhythm genre has been going in some very interesting directions in the past few years. The portion of the genre that used to be cornered by the likes of Guitar Hero has splintered off into multiple arms starring the likes of Thumper, Beat Sabre and Synth Riders. All the while titles like Crypt of the Necrodancer and Cadence of Hyrule have taken the genre in new, action-centric directions.

Then there’s Soundfall. While this debut title from Drastic Games (consisting of Epic Games alumni) shares aspects with other rhythm games, it’s also its own thing at the same time too. A top-down, co-op twin-stick shooter, RPG and rhythm game hybrid, it’s quite a unique pitch in this genre right now. It’s steeped in rhythm, blended with music but doesn’t feel anywhere near as restrictive as say Crypt of the Necrodancer. It’s all the better for it.

In Soundfall, you play as a cast of heroes that are trying to save the land of Symphonia. Some meddlesome monsters called Discordians are disrupting the harmony of the Timberlands and you’ve been called upon by “The Composers” to defeat them. In the hands-on preview build, I played as a character that had been transported to the real world and rather unceremoniously dumped into Symphonia with very little explanation or reaction. “Oh, I’m in a new world? Well, lets battle some music things then”. Sure, it’s all a little outlandish and airy-fairy but it works in the context of the game.

It’s the game play that stands this game out from the crowd. Each of the levels in Soundfall is procedurally generated to match a song that plays alongside it. The length, theme, pace and structure of the level is determined by the song that’s being programmed into it. Not only that, your actions within the level must match the beat of the music too. The only aspect of the game play that isn’t restricted by the rhythm of the music is the movement. You can run and turn freely, like you can in the likes of Diablo, but if you want to fire your weapon, trigger a melee attack or dash away from danger, you’ll have to do so on the beat.

That might sound tricky but it feels like every effort has been made to make Soundfall fun rather than frustrating. The levels themselves bop along to the rhythm of the music with aesthetic elements swaying or pulsing to the beat. Also, at the bottom of the screen and in front of your character is a visual cue that allows you to quickly identify when the beat hits. The Discordians, while free to move as you are, will attack on the beat too, giving you an opportunity to dash as they approach. Because everything is tied to the beat, the higher the BPM, the more opportunity both the players and the Discordians have to attack, the more frenetic the game play is.

The Discordians can pose a pretty interesting challenge too. After the tutorial gets you accustomed to the games unique mechanics, the blend of foes you face off against continues to grow and change. Some Discordian types rush you in waves, others launch fireballs into the air which drop area-of-effect attacks on the music of the beat. Later there are these sniper like enemies that telegraph their attack with a little soundbite before firing – a god send when a single hit from these can take off half your health bar.

To combat that increasing challenge of Soundfall is a looter shooter styled gear system. You’ll pick up new weapon types and armour found in chests off the beat-en track and as an end-of-level reward. There appears to be decent array of weaponry to be found here, from powerful single shot blasts, shotgun-like scatter blasts to sustained rapid firing blobs. While you can fire these weapons at any time, even when not on a beat of the music, your successes in the game will be tied to how well you hit the rhythm. That’s because a shot from a weapon off the beat is far less powerful than those that are triggered on a beat. Repeatedly try to fire your weapon off-beat and it’ll eventually jam up too.

Music to our ears?

The preview build gave a decent flavour of what to expect from Soundfall. The various different Timberlands all had different feels to them, both visually and audibly. The introductory Skylands features bright and breezy pop music like Fly Fly Fly from Ethan Martin. A fast paced synth track from meganeko and FantomenK stars in a sci-fi city that suits the vibe of the level perfectly. One of the preview’s last levels, set in a Jungle, has a really impactful track from Mason Lieberman and Zaid Tabani that has a catchy beat that crescendos into a savage, mighty last 30 seconds. I genuinely got goose bumps as the track came to an end and I crossed the levels finish line. The blend of music intensity and game play vigour works very well here.

The final version of Soundfall promises a structured storyline where you’ll blast on the beat through each one of the Timberlands on your journey to save Symphonia, unlocking new characters along the way. I don’t think the preview gave me enough of a sample of the storyline to really comment on it but its delivery, via visual novel-esque conversations and the occasional cut scene, were fine.

The most promising aspect of Soundfall is the promised option to upload your own tracks which will generate levels via an audio analysis tool. This wasn’t part of the preview but I couldn’t help but dream of the possibilities this could unlock in the gaming industry. There’s a real crossover between video game music and content creators right now and if Soundfall could tap into that, it’d be an exciting premise indeed.

If there’s one hope for Soundfall, after singing all of these praises, it’s that the game offers a little more variety when it does finally launch. The same Discordians were found in each of the Timberlands during the preview meaning that while the intensity of play was different, the challenges were the same. It’d be cool to see area specific Discordians tied specifically to that area, like literal cyber-punks in the sci-fi city or lava themed enemies in the volcano.

What I managed to play in the Soundfall preview build was impressive though. There’s a lot of potential here and the core system – combining twin stick dungeon crawling with rhythm mechanics – feels both innovative yet familiar enough to be intuitive without much explanation. I’m quite excited about where this game might go when it launches on PC and consoles sometime soon. Wishist it now (Steam or Epic Games Store) or put it on your radar.

In order to complete this preview, we were provided with a preview build for the game and attended an online preview event. For our full review policy, please go here.