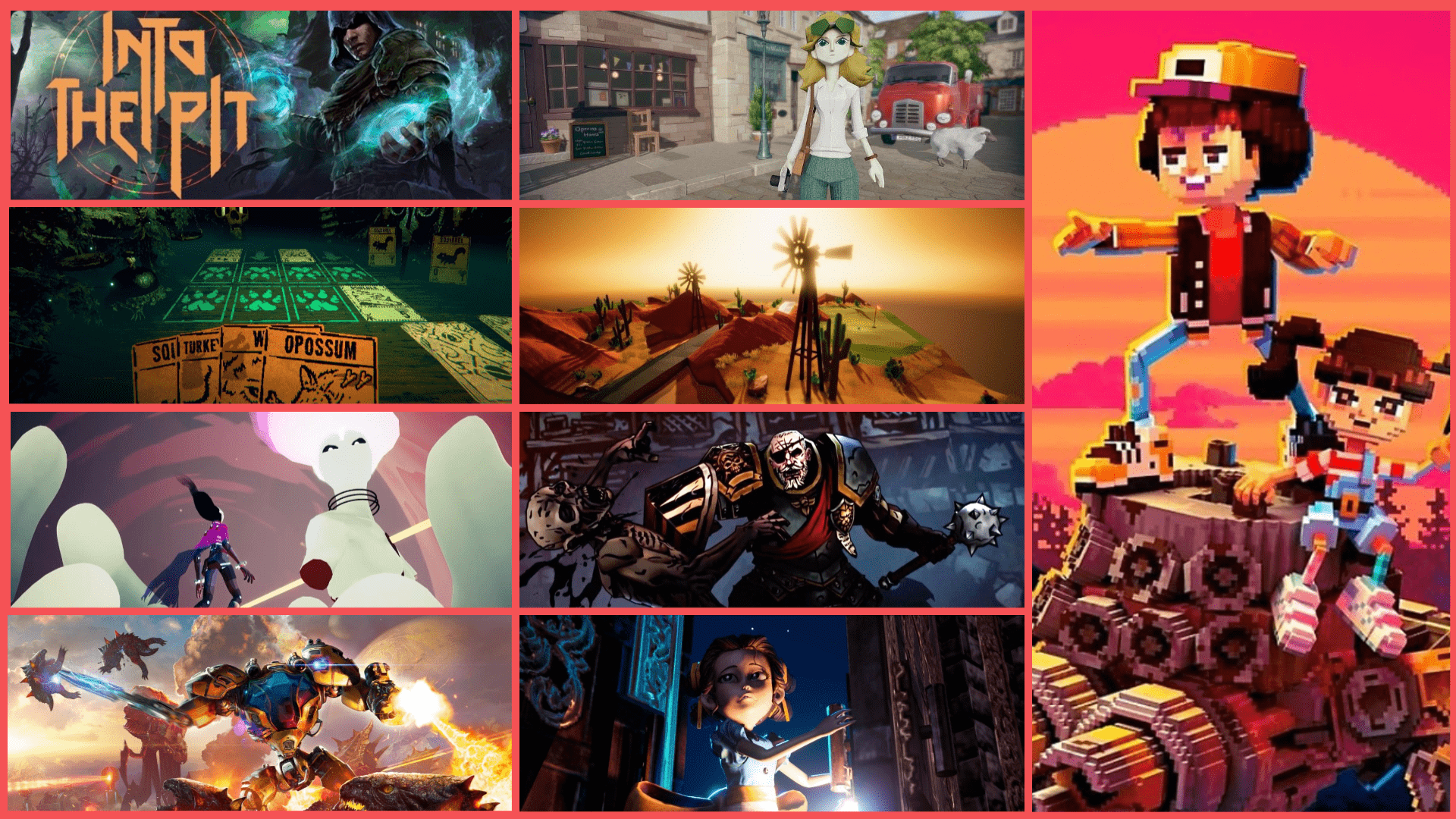 It feels like just yesterday that I wrapped up writing about the indie games deluge of September 2021. Yet here we are again, casting our watchful eye over the indie games landscape to once again round up the best and brightest for the month to come. What should you have on your radar this month? Well, there’s a little bit of something for everyone from grandiose action platformers like Solar Ash to the grim narratives of the WWII trenches in War Mongrels. Indie games, eh? They’re brilliant.

Without futher ado, here are 17 indie games to get excited about in October 2021.

I’m a sucker for creepy, Burton-esque aesthetics so the above trailer piqued my interest immediately. In Jars, you play as Victor who’s on the quest to uncover the secrets of his family’s basement, including… Dracula? The game play is part tower defence game and part strategy game as you use deploy your own creepy minions to defend a sarcophagus from rats and bats while destroying the jars dotted around the shelves. It’s like a vertical version of Plants vs Zombies but with a black humour twist. You can check out Jars when it launches on PC and Nintendo Switch on October 20th.

Rainbow Billy: The Curse of the Leviathan by ManaVoid Entertainment – October 5th

Imagine combining the cartoon aesthetic of Cuphead, the creature capture of Pokemon and the non-violent, mini-game puzzle encounters of Undertale. That’s the vibe that the wholesome and accessible 2.5D adventure platformer Rainbow Billy: The Curse of the Leviathan gives off. A game centred around “positivity, inclusivity, diversity and empathy”, this title has the protagonist Rainbow Billy helping his friends become their best selves. “After the evil Leviathan banishes colour and joy from the World of Imagination, leaving its inhabitants anxiety-ridden husks, it’s up to Billy to make things right” and restore the world to its previous Technicolor splendour. Rainbow Billy: The Curse of the Leviathan is launching on PS4, Xbox One and PC on October 5th. A Nintendo Switch release is coming soon after.

I remember playing Growbot at EGX a few years ago and it really stood out to me. I remember being very impressed by the demo on show and it was one of my favourite indie games from the whole weekend. It was also one of my 8 year old’s favourite games there too, returning to the booth for this repeatedly in between queuing to play Fortnite (sigh) and Dead End Job. I was almost surprised when I learned that this game wasn’t by Amanita Design because it certainly channels the charm and design intelligence of the Czech designer, complete with gorgeous hand drawn artwork. Growbot is a point and click adventure to check out on October 21st, 2021 when it launches on Steam.

The whole farming meets life sim genre has exploded over the past few years and the releases have been getting better and better. Moonglow Bay feels like the next iteration of that concept, replacing the top down pixel art of Stardew Valley with gorgeous voxel art and swapping crops & fields for fish & rods. In Moonglow Bay, you play as a rookie angler, working together with friends, family, and neighbours to hone your fishing skills, nourish relationships, and restore a remote town’s fractured community. This is all in service of fulfilling your partner’s final wish to keep a business afloat in the face of impending bankruptcy. With more than 100 fish to catch across frigid glaciers and boiling geysers, the game looks to have plenty of depth too. You’ll be able to cast your net onto Moonglow Bay on October 8th when it launches on PC via Steam and on Xbox. It’s launching on the Epic Game Store on November 11th.

There’s a very cool vibe coming off of Klang 2 that’s hard to put into words. The best thing to do is to click on that trailer and soak it all in. A psychedelic rhythm-action game, it’s quite something to watch in action. It appears to make conducting EDM symphonies while fighting with the tune blade look impressive across 30 levels. Klang 2 features music by the legendary composer bLiNd, and other talented artists such as James Landino, Arcien, Nhato, Steven Silo, City Girl, cYsmix and more. It’s launching on Steam on October 20th with a console launch “coming soon”.

I’m absolutely on board with this wave of games taking their visual inspirations from the PS1/PS2 era. Whether it’s the horror titles of Puppet Combo or the thrills of No One Lives Under The Lighthouse, the genre is growing and getting quite exciting. Chasing Static, the latest title from Headware Games (Guard Duty), takes this aesthetic, combines it with an 80’s setting and then splices in aspects of contemporary surrealist cinema. I’m excited. It also helps that the game is set in North Wales, an excellent setting for a game, where you’ll be exploring the wilderness while being guided by audio design of a modern day standard. Prepare for the spooky when Chasing Static launches on Steam on October 14th. A console launch is planned for later in the year.

Revealed alongside the PS5 in that iconic showcast, JETT: The Far Shore is finally taking flight on October 5th. In this cinematic action adventure you play as Mei, a scout and ‘anchorite’, that is exploring a mythic ocean planet in order to carve out a future for a people haunted by oblivion. This game promises “monumental moments, laid-back exploration, occasional white-knuckle action, moments of heartfelt companionship, and a helping of existential dread” which sounds like very heady blend to me. I personally can’t to get my hands on JETT: The Far Shore when it launches on October 5th, 2021 for PC via the EGS and PlayStation platforms.

I feel like we’ve been waiting for a game to come along to take on the mantle of the Commando games for too long. Many indie games have followed the formula set out by the late-90’s RTS series but few have really hit the highs those games managed. War Mongrels though, a story-driven, isometric RTS game from Destructive Creations, certainly looks like it has the potential too. Played in single player or online co-op, the game aligns with real world events and details of the eastern front of World War II. The game follows the journey of two Wehrmacht soldiers as they go from deserters to hefty guerrilla fighters. Their team expands as they meet new characters who support the same cause. Each character has their own skills and abilities that you’ll have to use to save others from the horrors of war. War Mongrels will launch on PC via Steam on October 19th.

A number of my kids still regularly play Cococucumber’s previous game Riverbond, even 2 years after it released. Their next game, Echo Generation, is something of a different beast. The game is set in a beautiful voxel art summer in the late 80’s Maple Town. It follows the adventure of Dylan and his friends who witness a mysterious object fall from the sky. This triggers a series of bizarre occurrences to pop-up all-over town. Of course Dylan and his sister set off to get to the bottom of it all. We’ll be able to join their adventure on October 21st when it launches on PC via Steam and Xbox consoles.