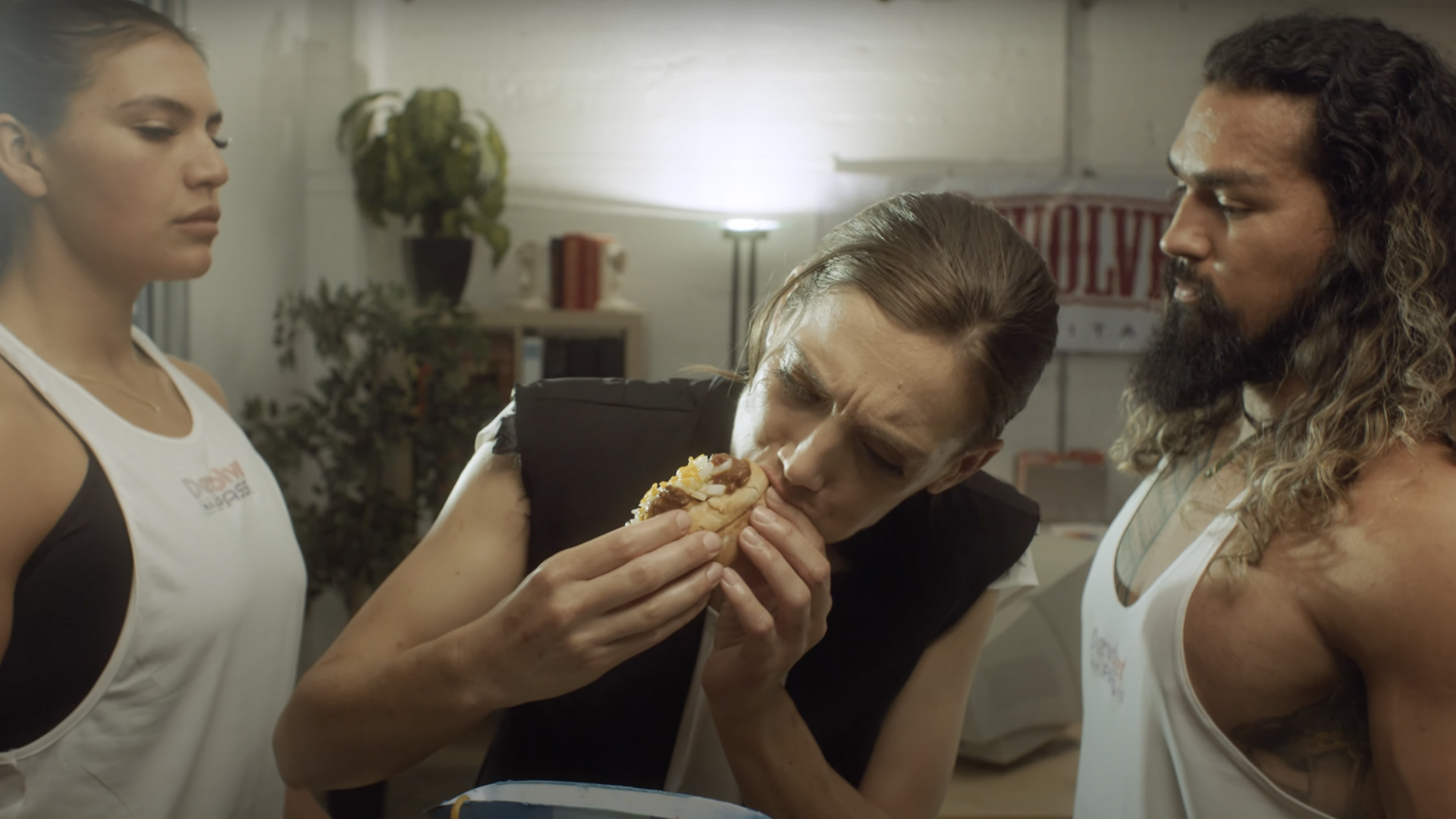 Devolver win E3 once again with their showcase. Watch all the trailers below;

Devolver returned to the E3 stage the only way Devolver knows how to do E3, by taking the absolute royal piss out of the rest of the video game industry and making a hilarious content-filled conference around it.

Most importantly, there were some absolutely stonking trailers revealed, and we’ve got the lot for you below.

“As a vow to his dying Master, a young swordsman is sworn to protect his town and the people he loves against all threats. Faced with tragedy and bound to duty, the lone samurai must voyage beyond life and death to confront himself and decide his path forward.”

WIZARD WITH A GUN

“Embark on a journey alone or with friends to collect, craft, and outfit your wizard however you see fit as you explore the unknown. Carefully design weapons, bullets, and furnishings for your tower home but try not to burn it all down as the magic you wield escalates beyond your control.”

An “inky black card-based odyssey that blends the deckbuilding roguelike, escape-room style puzzles, and psychological horror into a blood-laced smoothie”.

“Choose characters from a packed roster of your favourite Devolver Digital games and rack up big points matching and clearing their impossibly adorable heads from the tumbler. Get hyped enough and unleash each character’s special ability to clear huge chunks and earn power-ups to create chaotic chain reactions. Then maybe watch some entertaining ads because nothing is ever really free.”

“Introducing Demon Throttle by developer Doinksoft, the creators of Gato Roboto. Coming to Nintendo Switch as a physical box set – and only a physical box set – through our friends at Special Reserve Games, Demon Throttle tells the story of a beautiful vampiress and dusty gunslinger on a quest for vengeance against a demon that stole her mystical chalices and slept with his estranged wife. Now the two unlikely companions must blast their way through four monstrous generals and their wicked domains in order to lift the demon’s curse and exact their revenge.”

This looks great. Check it out.

“Death’s Door thrusts players into a quirky and curious world where Crows are in charge of collecting the souls of the dead. Reaping souls and punching a clock might get monotonous but it’s honest work for a Crow. The job gets lively when your assigned soul is stolen and you must track down a desperate thief to a realm untouched by death – where creatures grow far past their expiry and overflow with greed and power.”

“Intrepid adventurers will dodge scores of hidden traps, leap treacherous chasms, and flee relentless guardians through branching paths until one of the relics are claimed or the devices of death overwhelm them. Be warned, you only get one attempt at each temple and failure or settling for a lesser relic means you will never see that temple again.”

‘Shadow Warrior 3 launches the offbeat first-person shooter series to the next level with a seamless blend of fast-paced gunplay, razor-sharp melee combat, and a spectacular free-running movement system‘.