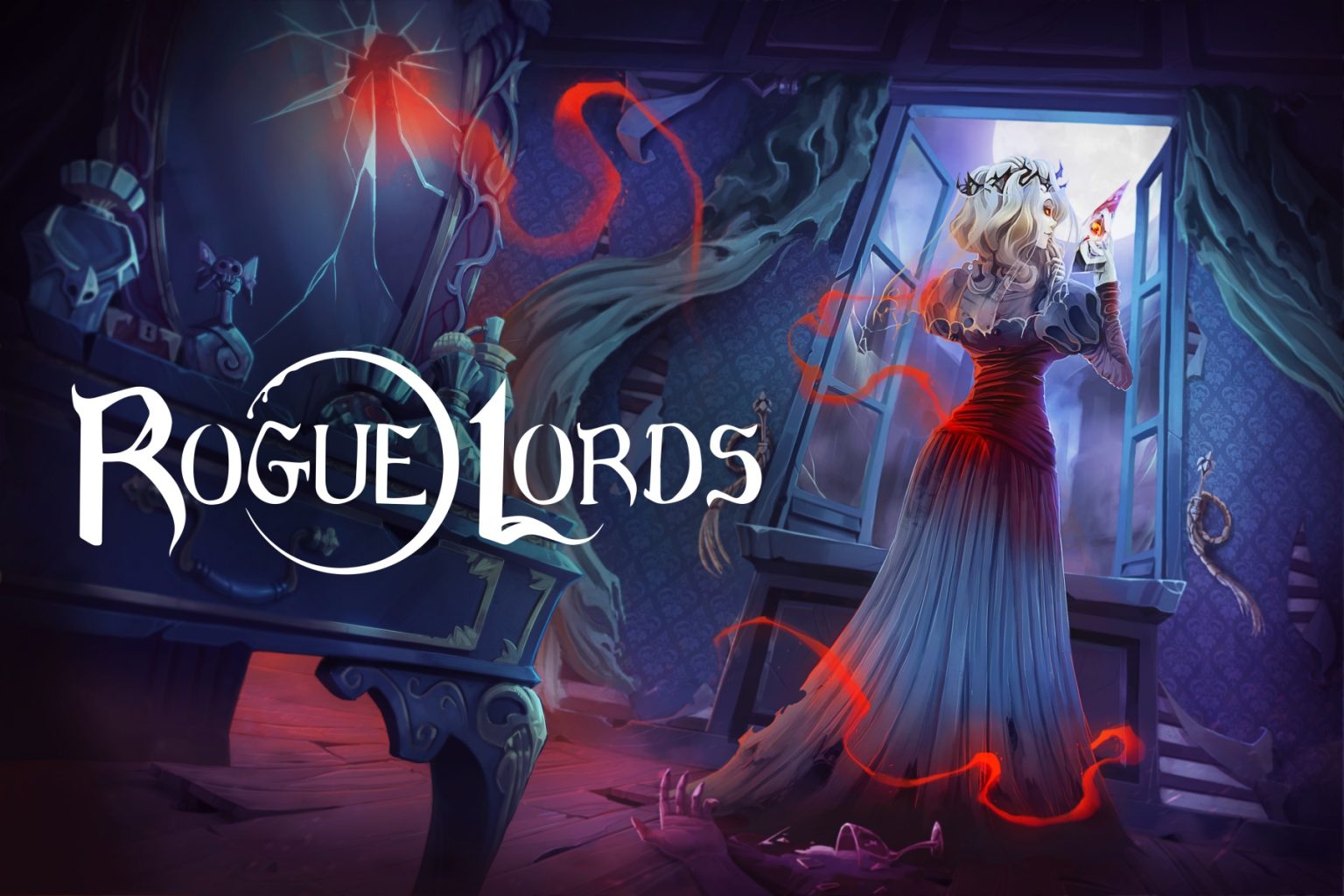 A roguelike strategy game in which you control the forces of the Devil, Rogue Lords is a promising dark fantasy adventure. The Finger Guns preview.

A roguelike strategy game in which you control the forces of the Devil, Rogue Lords is a promising dark fantasy adventure. The Finger Guns preview.

I’ve always enjoyed playing as an antihero or a straight up villain in games. Blasting humans in Destroy All Humans. Picking the renegade path in Mass Effect. Blowing up Megaton in Fallout 3. The entirety of Dungeon Keeper and Overlord. I expected to enjoy the Beta for Rogue Lords, a roguelike strategy title about controlling classical villains as the Devil, purely because of my penchant for villainy *cue evil laugh*. What I didn’t expect was to be very impressed by the narrative and turn based combat mechanics that look familiar but are surprisingly fresh.

In Rogue Lords, you play as the Devil. Years Prior, demon hunters – led by Van Helsing – hunted you down, weakened your forces and forced you to retreat into hell. Now you’re returning to the world, reuniting your minions and are out for revenge on Van Helsing and his hunters. The world has changed in your absence however. The demon hunters have gained even more power and there’s a cultish religion called the Sanctua Lumen that has become very influential. As you can imagine, The Devil is not too happy about that.

In the Rogue Lords Beta, we had access to the first 2 levels. The first is a prologue which gets the player accustomed to the mechanics and the the subsequent level lets you explore how the main game will feel. Each level is constructed of a procedurally generated overworld map with branching lanes leading North. Along these lanes are nodes, each of which represents an activity. Fights, narrative advances, sacrificial altars, demonic springs, a store to sell collected souls at and more are all on the road to the desired objective waiting at the end.

For each mission, you’ll be required to pick a team of 3 devilish disciples from Rogue Lords rogues gallery to send forth into the world. In the Beta, that was limited to 3 characters – Dracula, the Headless Horsemen and Bloody Mary – each of which has their own pros, cons and unique abilities. This trio somewhat aligned with a familiar RPG set up – an aggro tank, support and damage dealer – but these characters can evolve in some surprising ways.

While each mission in the game has it’s own narrative destination, the story that develops to get there will be different each time and is influenced by the player. Each node will present a new choice for the player. At the start of each fight, you get three choices which can improve your disciples abilities, make future encounters easier or will grant you some souls to spend later. The abilities of the trio of villains can evolve and change as your progress; stack 3 of the same abilities on a character and they will combine into one more powerful attack. When you arrive at some events, you’ll have to choose a singular character from you team that’ll attempt to navigate whatever is thrown at them. Maybe you’ll meet a friend of the demon hunters which you can manipulate. Perhaps you’ll find some kind of artefact but see it is guarded. The characteristics of the chosen disciple will determine how successful they’re likely to be in their endeavours.

Unless you cheat, of course. You are the devil, after all.

That’s the most unique aspect of Rogue Lords. Each of the devil’s disciples has their own health bar but they can’t be killed themselves. Instead, once their health or spirit is reduced to zero they become ‘vulnerable’. Any further damage dealt to a vulnerable character is absorbed by the Devil himself. You’ll fail at a run if the Devil’s health bar reaches zero.

This is coupled to a risk/reward system which is just about one of the most intriguing I’ve come across in quite some time. During your turn in combat or during an event, the player can use the Devil’s powers to cheat – but this comes at the expense of the Devil’s Diabolic Essence (his health, essentially). Does Dracula only have a 40% chance to complete a narrative event? The player can change those odds to 100% if they think sacrificing some essence will be worth it. During combat, you can reduce the health and spirit bars of demon hunters to zero, but it’ll cost you. The larger the change in the Devil’s favour, the more of its health is sacrificed in order to will it into being.

This is where planning your route through the game becomes so important. If you’re struggling in a fight but can see that the next stop on your journey is a demonic font which will restore some of the Devil’s health, it can be worth using this cheat system to get through a brawl – but it’ll still leave you vulnerable should the opposition surprise you.

And the combat in Rogue Lords certainly surprised me. On the face of it, it looks similar to many other turn-based roguelike systems but it’s much deeper than first meets the eye. Each character has a unique set of abilities that are tied to their mythology. Dracula has the ability to add vampirism to his own or another disciples attacks, for example, allowing them to drain the damage that they deal out. What keeps the game challenging however is that once an ability has been used, it can’t be used again until it has been reset by using the characters core ability which activates them once again. The player only has so many activity points per turn so combat turns into a balancing act. The enemy’s next attack is almost always telegraphed on screen so that you can see what they’re about to do. This means you’re trying to defend yourself from their attacks by either nerfing their attacks or protecting yourself while damaging the enemy and refreshing your disciples’ abilities ready to face the next turn. It takes a little getting used too but it quickly displays a tactical depth which makes for very enjoyable fights.

All of this is presented via some excellent art work and animation. There’s a comic book meets painterly feel to the visuals which gives off an appealing vibe that’s complemented by a soundtrack that would feel right at home in a Van Helsing or League of Extraordinary gentleman film. The attack animations are gorgeous. I will never get tired of Bloody Mary using parts of a broken mirror to attack while being overshadowed by the undead version of herself. The Devil himself narrates the game too via some excellent voice acting that feels grizzled, playful yet malevolent.

Beta’s are meant for testing a game, ironing out bugs and tweaking the game play aspects ready for launch. For Rogue Lords however, I can’t think of many things I’d change. If I was to nit-pick, I’d probably make the first chapter after the introductory segment a tad easier. It took me an embarrassing number of attempts to make any headway into that mission after repeatedly getting too cocky and taking on optional elite enemies. More than anthing though, the Beta for Rogue Lords has convinced me I need to be there when the game launches later this year. I had a whole lot of fun with what I played here and can’t wait to see where it goes.

Rogue Lords will be released in its full version this Autumn 2021 on PC via Steam, Playstation 4, Xbox One and Nintendo Switch. The beta version is currently running on Steam and has been extended until the 14th of June. Register your interest here. A playable demo of Rogue Lords will be available during the Steam Next Fest from the 16th to 22nd of June, 2021.