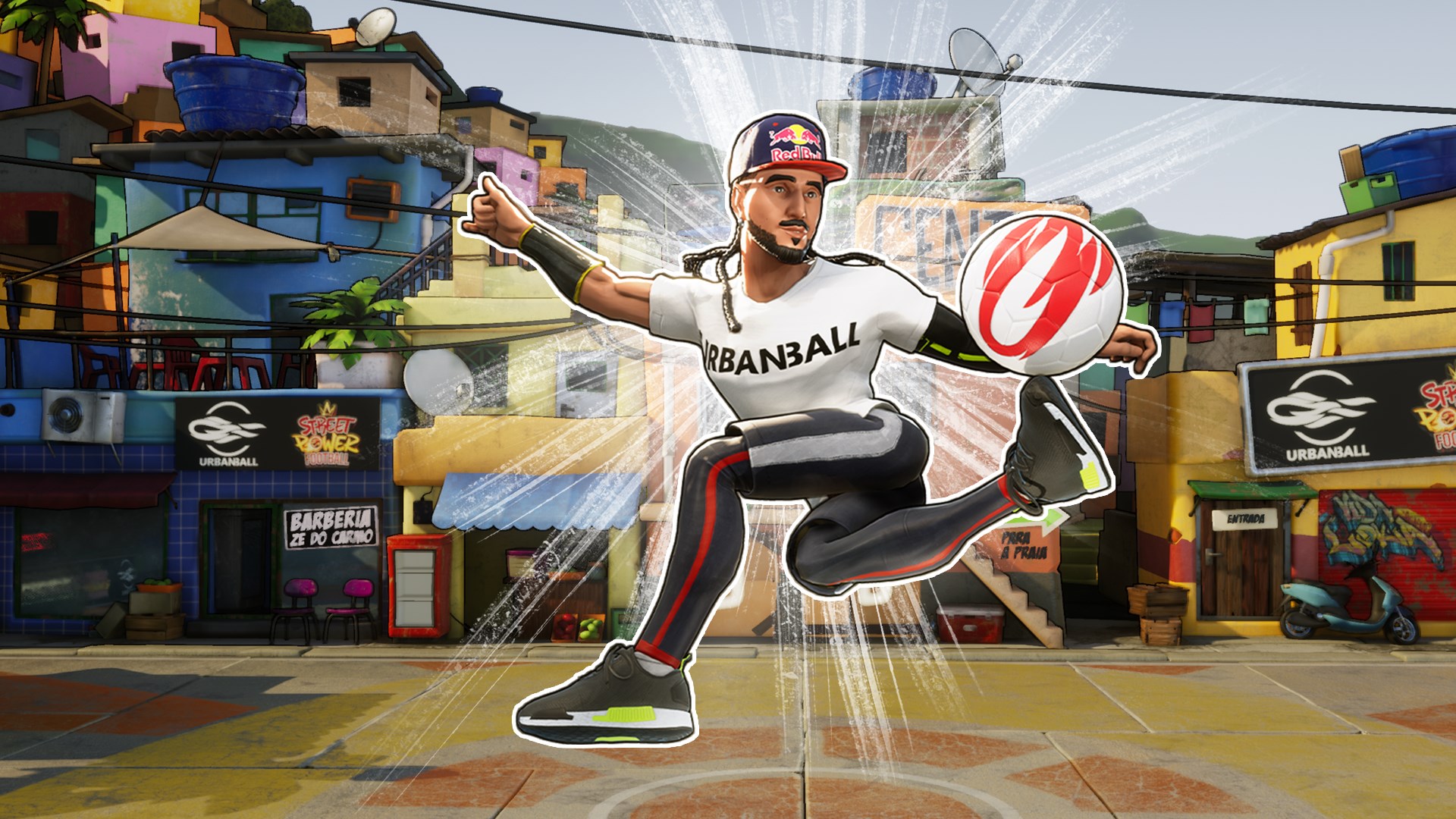 Man, I miss FIFA Street. Yeah, yeah. I know FIFA has returned to its 5-a-side glory days with the crappy Volta in recent iterations but I can’t help but wish it wasn’t a part of the yearly FIFA package at all, and instead remained a spin-off which lived and breathed on its own. I hoped it would be successful enough to launch as its own yearly franchise. it never did and so we’re left with the likes of Street Power Football to pick up the slack, which it does by throwing the slack on the ground, stamping on it, setting it on fire and pissing on the remains.

We have a set minimum of 500 words for each of our reviews here at Finger Guns. You may have noticed that we tend to smash that rather easily, given how deliriously considered and detailed our content is, born out of the want to ensure we’re passing along the most important information about the games we’re covering onto you, our dear reader.

I fear this review will be the first where I struggle to reach our minimum word count and I’m not even counting the what I’m typing at this very moment. There’s so little to discuss about Street Power Football, so lackadaisical is the effort to bring a fun street football game back to the mainstream I’m genuinely struggling to make any aspect of the game sound like it’s worth your attention. It’s also £50 digitally, which is just hilariously sad.

Ah well, strap in. Let’s see where this crazy journey takes us, eh?

Street Power Football starts as it means to go on, which is to say it’s a huddled mass of confusion, visual disparities and shares the same on-boarding experience as an airplane without parachutes. The concept of a freestyle soccer game is a good one, to be sure. Street Power Football shares the usual ‘street’ aesthetic we’ve become used to in the likes of FIFA Volta and Need for Speed; a strong emphasis on hip hop, graffiti type fonts and characters with extreme hairstyles that look like they’ve been boiled in some kind of radioactive acidic wax. It’s simply an unpleasant welcoming into a game that looks like it’s been a PS1 game remastered for the PS2.

Once you’re finally on the pitch – after a measly tutorial and dreadfully designed loading screens – you begin to get a real feel for your players, particularly now the stop and start nature of the tutorial is out of the way. If you can remember the decades-old eight way directional movement of footballers in the likes of FIFA and PES and after a solid nostalgia hit well you’re in luck as this mechanic is present and correct in Street Power Football. It was a bizarre, arcadey throwback which was perhaps purposeful but felt dated and cumbersome, counteracting the games ‘street’ football aesthetic by making it look like you’re moving around the pitch like a robot who can only look in certain directions. Street football games are normally all about the flare and pizazz and whilst the game offers you moments to create some pretty tricks and shiny volleys, the fact you’re controlling C3PO whilst attempting to pull them off rids them of any cool that you could have mustered in doing so.

Passing feels a tad FIFA-esque, in the sense that 99% of the time the ball is going to go to a member of your team regardless of where they are on the pitch. I never particularly felt in control of my team and instead I would just attempt to keep moving forward to get the ball in the tiny ass goals they’ve set up. Oh, and you can sprint, but only in one direction. You better work out which way you’re going before you set off.

There’s not any ‘street rules’ elements here. I remember playing football in the street as a kid and the most important position was ‘rush goalie’, a player would be outfield but leg it back to protect the goal when the opposing team was on the offence. Well, it’s nowhere to be seen here obviously and whilst it may not be the biggest deal overall, it points to a bigger complication with the Street Power Football – nothing about the game seems like it belongs.

It’s not attempting realism, I’m fully aware of that it’s not taking itself all that seriously. Credit to the game for leaning into this particular aspect with random power-ups scattered around including super speed, teleporting to one part of the pitch to the other, goal protection and the like. All beneficial if you’re behind in the match, but their usage is sporadic and there are times where you’re simply better off just trying to rush the goal with your team, the outcome will damn near always be exactly the same.

There is a campaign, which is effectively yet another long tutorial to get you all hyped and ready for PVE and online tournaments, if you’re ready to stick with the game for that long. You can select a character, their clothes, their hair and whilst you’re winning games earn money to unlock more cosmetics. Rather hilariously, there was a moment where I saw a couple of tattoo sleeves for my character and saw I couldn’t afford it. I decided to click on it anyway to see if I could at least see how it would look and before I knew it, the tattoos remained on my player for the rest of my playthrough, without me having to part with any money. The worlds best glitch? It just might well be. Like going to the Item Shop on Fortnite and buying everything without the game registering you didn’t have enough V-Bucks. A result to be sure, but obviously an atrocious oversight on the part of the quality assurance.

The campaign was boring, and it never really got much better after that. You’re tasked with hitting balls at specific targets in the FIFA training kind of way – but like, without the polish or the technical prowess – and it’s miraculously dull. The cool effects the follow you around reminded me of Mario Strikers Charged, which is no doubt a very good thing, but even then I felt like I had seen everything this game had to offer before I even got out of the tutorial. My suspicions were confirmed one I reached the Panna game mode and I never wanted to play this game ever again.

Panna is all about the nutmeg, a very cool skill that if you can pull off in real football you’ll find yourself in YouTube compilation videos for the rest of your life, immortalised with the words TEKKERS above your head and in comment sections alongside statements such as ‘fair play that’ and ‘quality tbh’. Here? Nutmeg becomes a QTE with a meter being powered up, dispelling any level of a slick cool move by turning it into a science so needlessly convoluted I found myself bored to tears attempting it.

And that’s the thing. One-on-one nutmegging shouldn’t not be fun. It’s fun to watch and super fun to pull off, so why over complicate it? Panna sets you the task of scoring a certain number of goals in a set time to earn points and nutmegs will earn you a point also. Fail the nutmeg and your opponent will defend it and normally run off to score into an empty net. Awesome. Wow. Super fun. Repeat process until you delete it. That’s about it.

Did I mention this game opens with a live-action introduction from famed football freestylers Sean Garnier? Well it bloody does and it’s horrendously awkward. He brags on about how he taught some of the worlds best footballers some skills and then says he can do the same for you. Obviously, he can’t. You’re at home on your sofa eating off-brand Wotsits whilst he’s on your screen talking about football. Then he just…disappears until he guides you through the aforementioned ‘Be A King’ campaign mode. Like whatever he was there for didn’t actually happen and it was all a weird fever dream. I had to look up his name after I played through the campaign, such was the impact of his appearance. Was I supposed to know who he was or what he was doing there? Ugh. It’s all so weird.

The crux of Street Power Football is that it’s an unpolished, unfinished mess of a game that has no right charging fifty pounds for the privilege of experiencing. As a first title from a new developer, you have to hope they can move onto better projects that allow them to stretch their muscles, because there’s definitely a spark here, it’s just instantly put out by a wave of mediocrity on almost every aspect. FIFA 20 is terrible, but at least Volta is a complete ‘street’ football experience. If you’re after that kind of fix you’re better off picking that one up on the cheap.

Soulless and boring, Street Power Football offers nothing back for its ridiculous asking price. Vote with your wallet and leave this one on the shelf.

Street Power Football is out now on PC via Steam, Nintendo Switch, PS4 (reviewed on PS4 Pro) and Xbox One. 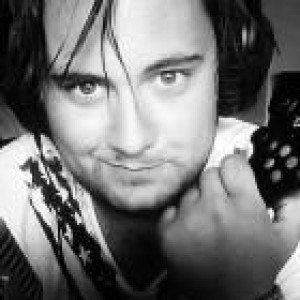