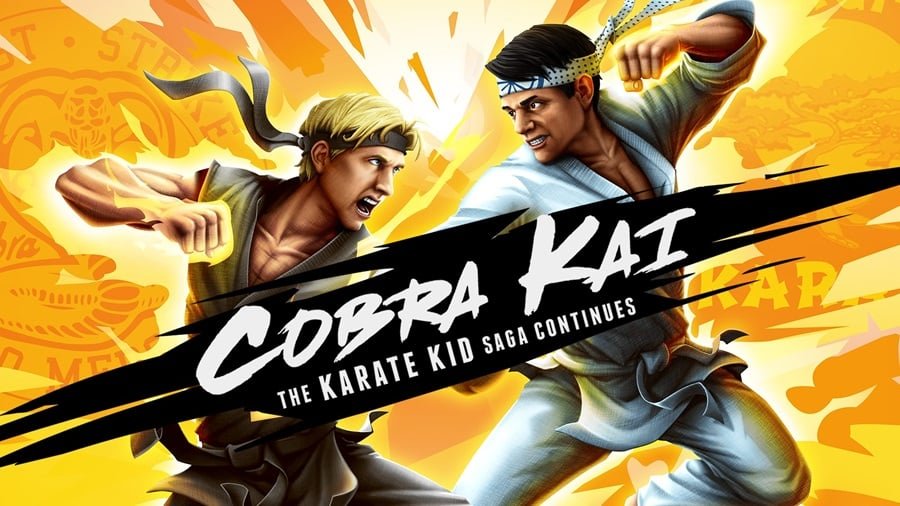 Paul Collett
Cobra Kai: The Karate Kid Saga Continues is the scrolling beat-em-up you all need if you've finished with Streets of Rage 4.

Cobra Kai: The Karate Kid Saga Continues is the scrolling beat-em-up you all need if you’ve finished with Streets of Rage 4. The Finger Guns Review.

Where it all began

The Karate Kid is getting somewhat of a resurgence of late. If you grew up in the ’80s, you’ll know how treasured these films are. Essentially, the series of films are based around a wimpy kid who got bullied, but came across a sensei who taught him karate in the most unorthodox of ways. The films were cheesy and stupid, indicative of the era, but were also so good at the same time. So good in fact that it made me take up karate (reached brown belt, don’t you know).

Fast forward 30 odd years and Netflix decided to pick up Cobra Kai (after it originally launched on YouTube Red). It follows the story of what happened after the third and final Karate Kid film (not the duff remake with Jackie Chan) from the point of view of the loser of that film, Johnny Lawrence. The TV show is brilliantly done, keeping the cheese and karate, but bringing it up to date for a modern audience. I was surprised by how much I enjoyed it.

The story of the game picks up in between the events of season one and two seeing the player choose between two Dojo’s – Cobra Kai dojo or Miyagi-Do dojo. Each story path allows you to take control of series character favorites as you head out to duff-up seemingly endless amounts of bad guys on your way to the All Valley Karate Tournament (where else).

Cobra Kai: The Karate Kid Saga Continues has some stiff competition in the scrolling beat-em-up arena with the sublime Streets of Rage 4 still riding high in my game of the year list. However, Cobra Kai does things differently and in fairness does some things better than Street of Rage 4.

Wax on, Wax off

Once you have chosen your dojo, you will get to learn the basics of combat. You have your standard light and heavy attacks that when combined will string together a combo. Cleverly, if you keep using the same combination of buttons your combo strikes will start to weaken. A great addition to the standard combo meter as it forces you to mix up the combinations and experiment. To help you further, there are collectibles and power-ups that can give you extra moves, timed advantages and life restoration, and more. Each character has its own set of special moves, which can be accessed via either the L2 or R2 button. Combining these with the standard attacks and your combo meter soon stacks up. Of course, each character has a super move that needs charging, these are usually screen clearing moves so use them wisely. One essential move, which was annoyingly missing from SOR 4 is an evade button. The best thing to have been put into a side-scrolling beat-em-up and it works brilliantly here.

Also separating Cobra Kai from the rest of the scrolling brawler bunch is a counter/parry move. Essentially this is like the Batman Arkham games. If you wait for a flash from an attacker then block, these will then unleash a move that throws enemies towards the ‘camera’ – a nice nod to Konami’s Turtles in Time Arcade game. There are also environmental moves that are varied and a great help when you want to permanently get rid of a particularly troublesome foe quickly.

You’ve got the skill

A major element of Cobra Kai and again, something that separates this game from the glut of other side scrollers, is the ability to upgrade your characters via a skill tree. As you beat your way through the levels you earn coins that are then used to purchase new skills, moves, and upgrades. There are plenty of paths to choose from, so it’s wise to learn which moves you want to upgrade rather than just picking them at random (There is a flaming dragon punch that made me smile). The skills available are honed to match the player’s particular fighting style, be it defense, an all-out attack, or a mixture of both.

One final element which I really enjoyed is the ability to swap characters through the level. You start with your main character but as you progress, you’ll meet allies that will join your team. These can be switched in and out at any time, allowing for some strategy, and an extra life or two. If your character is downed, the game automatically switches to the next one in your roster. You can even heal that downed character by getting an A or B rating in a combo which, again adds a nice bit of variety and strategy, something that can be missing from most beat-em-ups.

As you come across new foes to beat up in the game, you’ll get an info board popping up telling you what their strengths and weakness are, this allows you time to think about your best tactic and which characters would be best suited to the situation. This counts for the various boss fights too.

The locations are varied and are fully formed in 3D and I think they look great in their own stylized kind of way. They manage to capture an 80’s vibe but with a modern twist. It’s nice to see kids playing arcade games in the background or simply just people chatting in the background. It brings to life what could easily become quite sparse and sterile-looking levels. The good news is that there are a lot of levels to get through too so there is plenty of game for your buck.

After each level, you head to your respective dojo to power up your character, look at some prizes and collectibles you have found but also, upgrade the Dojo too. Upgrading the dojo allows you to learn new super moves so that near the end of the game, you’ll be a super-powered team of Karate kings. This game just keeps on giving.

Special mention has to go to the soundtrack too, with moments of slow songs for the more serious parts of the story to full-on big hair metal music for the boss fights. The sound is suitably cheesy and borders on the ridiculous at times but just fits the show and the game so well. Oh, and the voice work is from the cast of the show which adds a little authenticity to the proceedings but ultimately falls a little flat. It’s like their heart wasn’t quite in it.

The voice work isn’t the only thing that’s not quite up to the high levels the game has set itself. The animation is clunky at best, especially the walking. It looks like the characters have a stick stuck somewhere it shouldn’t be. On top of that, the fighting, although it’s free-flowing and the combos work well, has an issue. Hits don’t really feel like they are connecting, making everything feel just a little floaty. This applies to the environmental attacks too; they feel weak and lacking impact. The collision detection is iffy too – at times you can uppercut a foe and they would land as you would expect. At other times they can go flying across the level hitting the invisible wall at the edge of the screen which looks a bit ridiculous.

Cobra Kai: The Karate Kid Saga Continues is a fantastic game and I really enjoyed my time playing through it. The fighting is free flowing and deep – way deeper than a game of this sort has any right to be. The upgrades are varied and the levels plentiful. The enemies are ridiculous and clumsy just like the film and the music is on point. There are some flaws in the game which stops Cobra Kai being a nine. Oh I really wanted to give this a game a nine.

Some minor flaws aside, Cobra Kai: The Karate Kid Saga Continues is one of the best beat-em-up out there, easily surpasses Raging Justice and I think can rightly be proud to call itself the second-best beat-em-up’s on the PS4. The Johnny Lawrence of the gaming world.