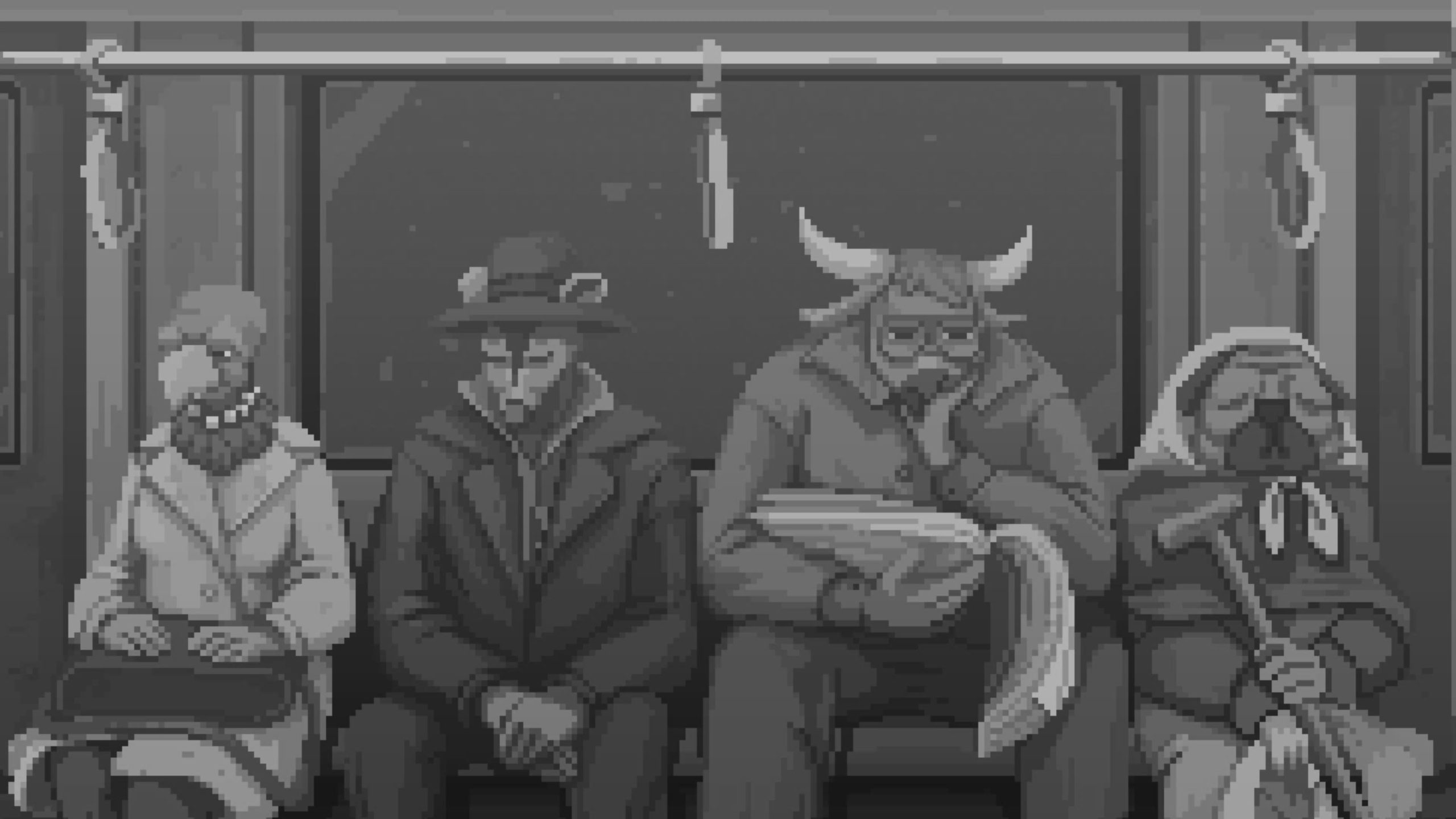 A meditative and experimental narrative experience, The Longest Road On Earth tells stories without telling them at all. The Finger Guns Review.

A meditative and experimental narrative experience, The Longest Road On Earth tells stories without telling them at all. The Finger Guns Review.

As the credits rolled on The Longest Road On Earth, I thought to myself how divisive this game is probably going to be. I’ve not checked but I imagine there are reviews out there that argue whether this game should be considered ‘a game’ at all. While I sat there, unashamedly getting a little chocked up by the combination of poignant lyrics and powerful visuals, I considered how some people, even on the team here at Finger Guns, would really not have enjoyed it. An experimental story telling method comes hand-in-hand with pared down interactivity to create a passive but engrossing experience. It’s akin to a playable music album, which in itself isn’t something new, but rarely is it as beautiful and thoughtful as this.

The Longest Road On Earth tells 4 self-contained stories, each of which is centred around slowing down to enjoy the little things in life. Featuring a cast of anthropomorphic animal characters in a world reminiscent of our own, you’ll follow each character through a period of their life. For some characters, it’s a few days. With others, it’s a life time. There’s nothing particularly special about each story. None of these tales feature dangers or any threat to the cast. Instead, it’s a celebration of the mundane little victories that everyone might experience in their lifetime.

What makes The Longest Road On Earth so unique is the way that these tales are told. There’s no dialogue in this game. There’s no narration here and very little interactivity either. In fact, almost all of the traditional story telling methods used in video games are absent. The narrative is instead delivered via the landscape 2D visuals and a beautiful, original soundtrack from one of developers at Brainwash Gang. As you move your character slowly through each scene of the game, the music sets a tone and the lyrics give some context to what’s going on.

Allow me to give an example of this. The very first story in The Longest Road On Earth stars a small town mouse. It opens as she’s waking up in her bedroom and you’ll move her through the various activities to get ready for the day ahead. As you instruct her to saunter around, an icon will appear above her head. Clicking will either trigger an interaction with the environment or briefly switch the view from 2D side-on into a first person one so you can get a better perspective on what the mouse is looking at. While you’re doing this, you’ll be serenaded by a song, carried by a gorgeous melody and an incredible vocal performance. It’s a slow start to the game and it maintains this pace throughout.

The Longest Road On Earth does a decent job of portraying what happens to each of these characters via the visuals. You’ll see events unfold in front of you, most of which are self-explanatory. The accompanying music then sets the tone which communicates to the player how the character is feeling. Without exposition though, there are times when you’re left to fill in the blanks on your own. The relationships between particular characters are left unexplored and you might be left questioning what some interactions mean. While the game play is restrictive (only allowing you to move slowly through each scene and interact with items every so often) so that everyone sees the same story unfold, because the narrative is not dictated to you, each player may come away from it having felt something intimate and personal to them.

Without spoiling them any more than I have done, the tales that get portrayed throughout The Longest Road On Earth manages to evoke a number of emotions. The first and last stories particularly struck a chord with me. These aren’t tales of grand achievements or overcoming great adversity. They’re about the everyday, of finding the silver lining, of finally being able to reunite with someone you’ve not seen for a long time, of watching someone mature, of memories you have of a better time. They’re of the day dreaming you do on a train or the walk to work. They’re of the similar experiences two people can have despite their lives moving at a different pace. There’s depth here if you go looking for it, and a meditative, meandering 3 hours of chill vibes for those who don’t.

All of this is brought to life via an exclusively black, grey and white pixel art style. There’s an incredible amount of detail employed throughout that builds a world worth wandering through. Every inch of the screen has little touches worth noting. There’s a few surprising visual moments in this game too when the game breaks from its otherwise rigid side-on 2D style. These give the game a short-lived but palpable depth beyond the flat world you’ll be traversing ever so slowly.

That movement speed and slow pace might be the most divisive aspect of The Longest Road On Earth. This game feels like it was designed to be played in one sitting by people who can dedicate 3 hours to it. The stories always pay off the investment you make in them, but some sections might feel like filler if you’re in a rush. There are scenes when you’re simply walking along long, bustling streets or sat on a train when there’s very little interactivity. These sections might feel like filler if you’re not engaged in taking in the views and listening to the excellent music. If you prefer immediacy from your games, this isn’t one for you. If you can slow down to enjoy the little things however, you’ll find serene beauty in this game.

While it certainly isn’t going to be for everyone, if you’re interested in unique gaming experiences there’s a lot to admire about The Longest Road On Earth. It feels more like an art house project than a traditional game at times, much to its benefit. The exquisite soundtrack alone would be enough for me to recommend this game. The meditative, leisurely paced narrative delivered alongside it are just a bonus.