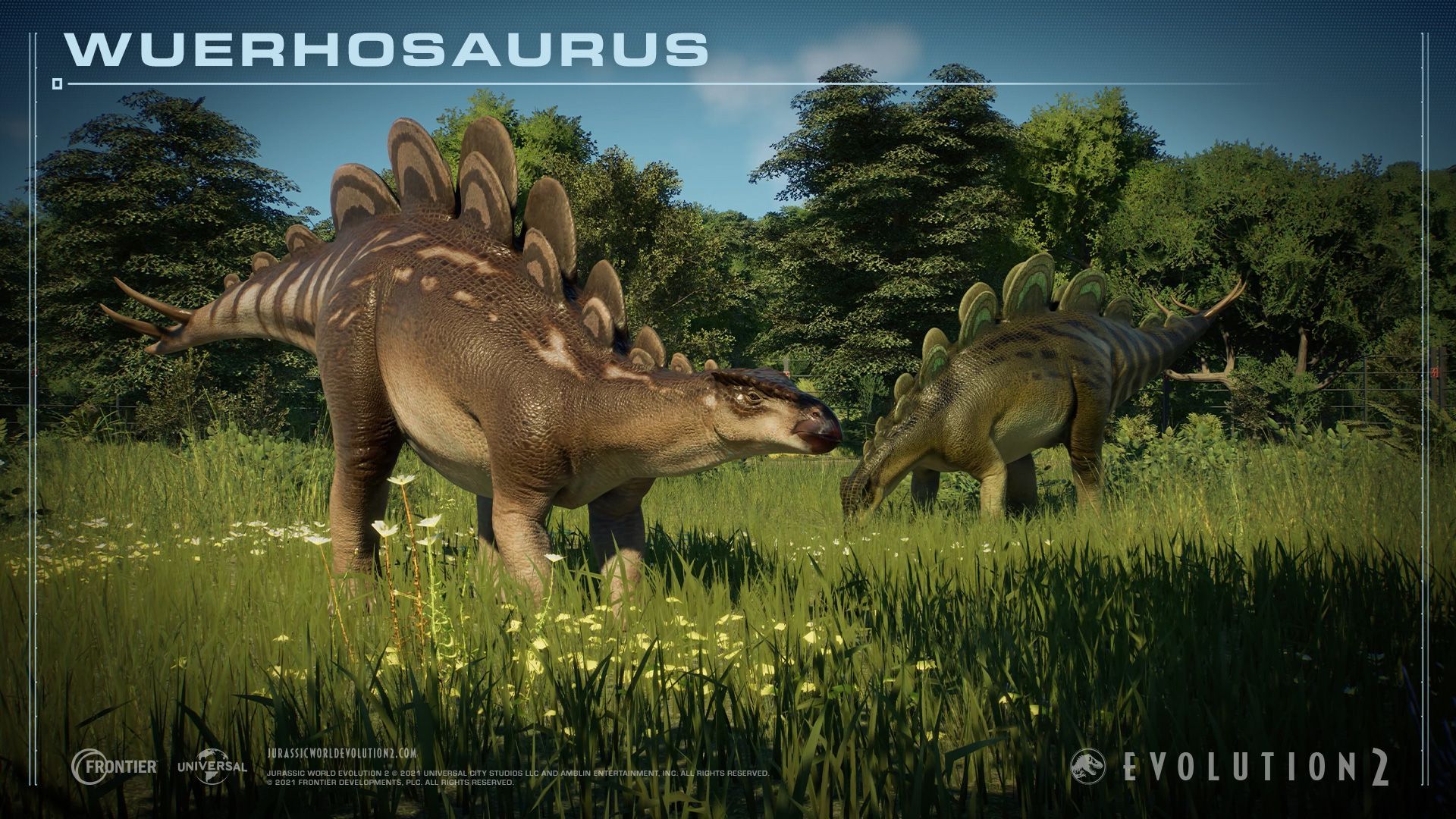 Delivering four new dinosaurs to an already bustling roster, does this DLC offer value for money? The Finger Guns review:

I’m not gonna lie, it’s kind of difficult to review a DLC pack which only includes 4 new dinosaurs to a game positively brimming jurassic beasties already. Alas, here we are. I shall do my utmost to shower you with knowledge about this… condensed addition, to Jurassic World Evolution 2.

I’m certainly a big fan of the series and having had the opportunity to review the base game of Evolution 2 very positively, I’m all up for more prehistoric reptilian containing. The Early Cretaceous Pack arrives with 4 new large-jawed dinosaurs, who harbour both little tolerance for humans and sadistic pleasure in munching away at the bones of people.

The best of the bunch is the pilosaur Kronosaurus, a marine dino who glides through the lagoon with ease. They match up impressively to the Mosasaurus and offer a high appeal rating for burgeoning guests – making them a solid gameplay addition to a successful park. Minmi was also a pleasing surprise, akin to a tank-come-rhino land based ankylosaur. I took some glee watching them roam around imagining the thunderous impact they’d have on a poor, unsuspecting park viewer.

Dsungaripterus and Wuerhosaurus round out the offering. The former being another aerial dinosaur who has a distinct visual design but still somehow looks just like every other pterosaur in the game, oxymoronically. Wuerhosaurus is unfortunately also another rather bland addition – while it may have been a rare sight in real life, you would be forgiven for not even noticing it amongst it’s stegosaurian counterparts.

Aside from Kronosaurus, the new arrivals have minimal ratings for park appeal and are relatively expensive to expedite, synthesise and incubate. So while they may add a bit more variety to the roster, their necessity is relatively undermined. Kronosaurus is freaking awesome though – plough some money into those giant watery demons of paddling death and you’ll be set to go.

All are available in sandbox mode from the get-go which is a nice touch and they’ve been integrated into the other modes to research and acquire. There’s sadly just little else to tell you about them – functionally, they work in exactly the same way as other variants in their family. You’ll put down shrubbery and water for the land dinos, make a large lagoon for Kronosaurus and have the same feeders, rock formation needs and sand for Dsungaripterus.

Each has a couple of new animations or behaviours, but then, so does almost every dinosaur in the game. Unless you plan to spend upwards of 30-odd minutes just following them around with the camera like some repitilian-crazed horror movie stalker, you probably won’t even have your attention drawn to these.

Selling this minimal offering at £6.49 feels akin to the ludicrous robbery of theme parks restaurants across the globe, to me anyway. You know the places where a burger is £15 and does nothing but disappoint you both visually and nutritionally. It might be okay to look at, and has it’s place as a low-end burger, but I don’t want to pay Gordon Ramsey prices for a fast-food heart attack.

This pack alone costs just over a tenth of the entire base game, which is frankly a bit ridiculous to me given the title launched with over 80 species alone, to put it into context. For absolute obsessives who adore anything the Mesozoic Era this may potentially be worth the investment, but for the majority I’d suggest waiting until this pack goes on sale. 50p a dinosaur sounds much more appealing than £1.60, doesn’t it?

Luckily, the Early Cretaceous Pack has released alongside a massive free update, bringing with it a raft of additions and fixes that feel substantial. New themes have been added for a variety of buildings, allowing you to customise the look of your park even further. Sandbox mode has received 5 new maps based on the game’s campaign areas, with other (massively appreciated) inclusions like the maps starting completely flattened (screw you, obstructing nature). UI details and accessibility features have been added to as well, offering more clarity and options which is welcome.

Crash and stability fixes have been accompanied by balance fixes for challenge and Chaos Theory scenarios to make them less nightmarish and overall have fine-tuned the experience to a not-so-insignificant degree. In addition to offering more customisable sliders (e.g how often you want your hulking sets of teeth to attack each other) and genome editing tools, there’s even a level select for the campaign now – not that you’ll particularly need it, but at least it’s there.

Truthfully, the free update probably adds more quality and depth to the game than the Cretaceous Pack does, which somewhat softens the blow of the price. It’s a hugely welcomed update and if the game continues to receive free support like this, it’ll be a shining example of how to support the quality of a game post-launch.

As a DLC, the Early Cretaceous Pack may leave you feeling pretty short-changed, unless you count the free update support alongside it. The new dinosaurs are nice if uninspiring inclusions (Kronosaurus aside – seriously, it’s named after the king of freaking titans) that do little for gameplay value, but stack on top of an already impressive roster. For the price of a T-Rex, you’re probably only getting a Velociraptor – which, while cool in it’s own right, wouldn’t exactly be a trade you’d be overly enthusiastic about.