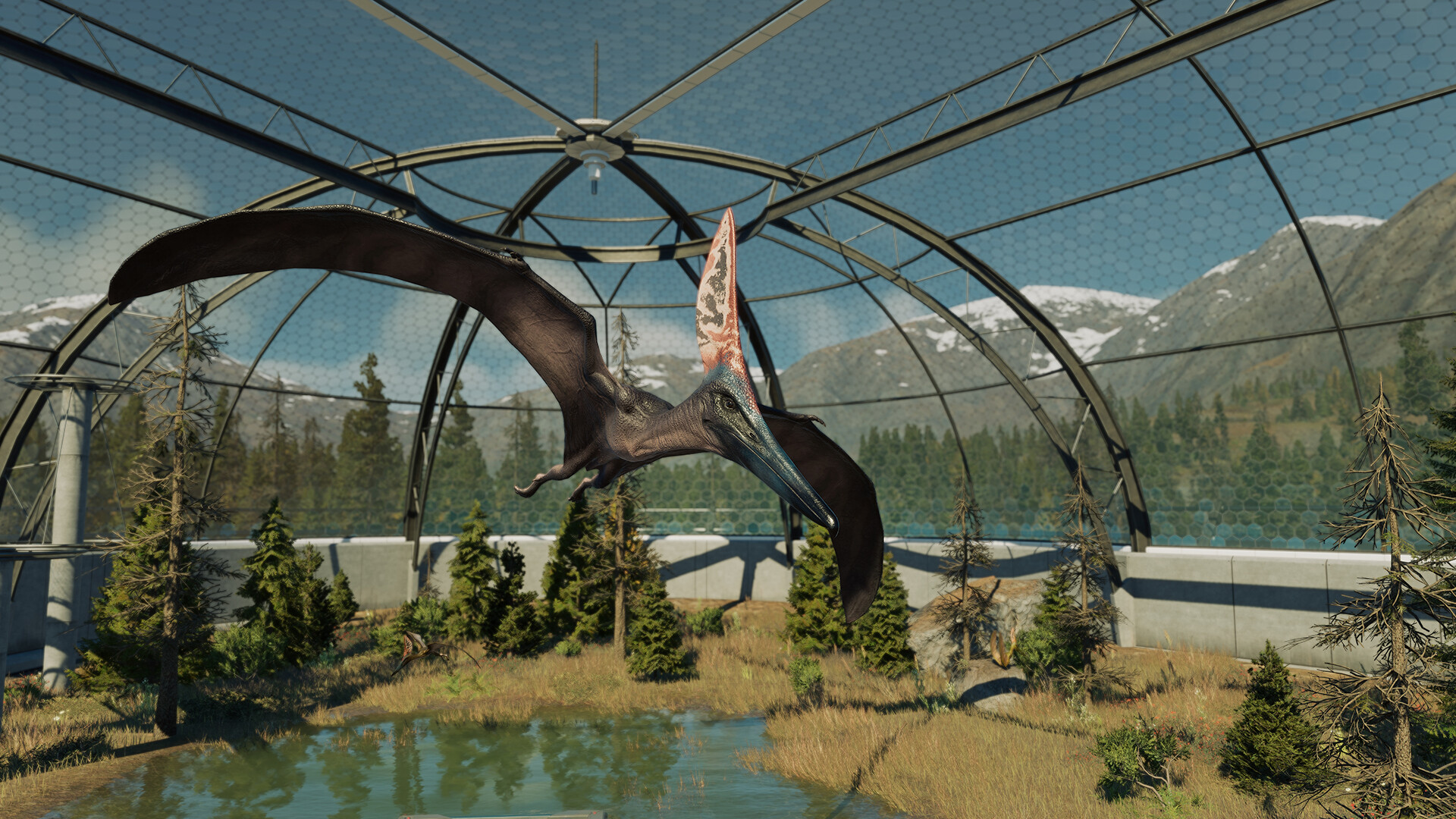 The second dinosaur pack hatches, just as hollow as the first. The Finger Guns Review:

The second dinosaur pack hatches, just as hollow as the first. The Finger Guns Review:

Another month, another Jurassic World Evolution 2 expansion! September’s offering is a red carpet rolled out for 4 new dinosaurs – 2 land based, 1 marine and 1 avary. You might remember I wasn’t much of a fan of the price point for the Early Cretaceous pack, so it’ll surprise nobody to hear this expansion lands in the same meteorite water.

The Dominion Biosyn expansion seemed like a step in the right direction with a modicum of actual new content (albeit flawed), but these dinosaur packs, while great for expanding the roster, offer very little new gameplay wise to sink your teeth into. Especially, when you consider the price point.

However, a new expansion there is. So, let’s check out the new dinos and see what all the fuss is about… if there is any to begin with.

The star of this new, prehistoric show is the Alamosaurus – a veritable giant of the dinosaur world, its shin bones alone were the size of a regular human, so I’m told. Much like the Dreadnoughtus or Brachiosaurus, they’re a wonder to behold. I enjoyed spending a few minutes just watching it wander around, chowing down on trees and generally looking gargantuan. They require a lot of space and environmental resources though, so they’re a decent bit of upkeep but worth it given their relatively middling cost.

Australovenator will most definitely win best named dinosaur in a video game this year, but it’s also a colourful variation of your typical carnivore dino. It’s more of an agile, speedy predator, but the animations are of course the same as we’ve come to expect. Again, it’s a middle-of-the-road priced reptile, so it’s a good option when building up a park.

Barbaridactylus is your aviation variety and they’re… okay. They have boomerang shaped wings and are pretty manageable alongside other flying species, making them an easy win, if slightly underwhelming. Finally, there’s the Styxosaurus (also a great name, king of the underwater, I’m sure). They’re extremely long-necked and almost look like an elongated penguin floating around in your lagoon. They’re cool, but again kind of blend in with the other similar varieties. My Kronosaurus also wasn’t particularly keen on them.

Quite honestly, there’s not a lot else to report. It’s 4 dinosaurs which are ever so slightly remodeled versions of other dinosaurs using the same model framework. None of them particularly blow you away nor disappoint, they’re just here to fill out an already heaving roster. I can’t fault the game for delivering one of the most extensive dinosaur libraries seen in a video game, but in terms of actual gameplay, they offer next to nothing new to make it worth jumping back in for. Whether the aesthetic and historical importance matters to you will determine if the £5.99 price point is worth it. For me, it isn’t.

What is more commendable is Frontier Developments still pushing out free updates and small additions to make Jurassic World Evolution 2 the best dinosaur haven it can be, with Update 4 arriving for all players. Lagoon customisation is now available with a variety of crowd-pleasing items to attach to the edges of your amphibious swimming pools. Aviation critters will now attack your capture teams if they escape (this always seemed an odd omission previously) and dinosaur cohabitation habits have been further updated, cause you know, dinosaur families are cool.

Sandbox mode has been given some quality of life improvements, with settings saved between sessions and the ability to mess around with various traits more freely. Most importantly, you can now instantly construct or demolish any building, getting rid of those annoying wait times in a mode all about instant gratification. There are further little additions, but you get the picture.

I enjoy the hell out of Jurassic World Evolution 2 and I’m pleased to see content continually being added and the dinosaur roster fleshed out with each expansion. This doesn’t however, excuse the price point of effectively £6 for 4 re-skinned models of the creatures. Personally, I think they’d be better served halving the price or even better, releasing the dinosaur packs as free content drops alongside the updates, but that’s unlikely to happen.

If you’re completely obsessed with dinosaurs and have a hankering for seeing 4 new types digitally recreated, crack on, you’ll know what you’re paying for. For everyone else who’s played the game, enjoyed it and moved on, there’s nothing here worth returning for. Gameplay wise it offers nothing substantial, it’s just cool to see new dinosaurs brought back to life from extinction.

Another meagre and over-priced expansion, the Late Cretaceous pack offers another 4 reskined and slightly remodeled dinosaurs for your £5.99. If you’re obsessed with the prehistoric reptiles, there’s a few minutes worth of marveling to be had. For everyone else, there’s nothing here really worth jumping back into the game for.

Mittleborg: City of Mages (Switch) Review - The Calm Before The Snore
Paw Patrol: Grand Prix Review (PS5) - Lap Dogs
5 Reasons Why: You Should Be Excited About Necromunda: Hired Gun