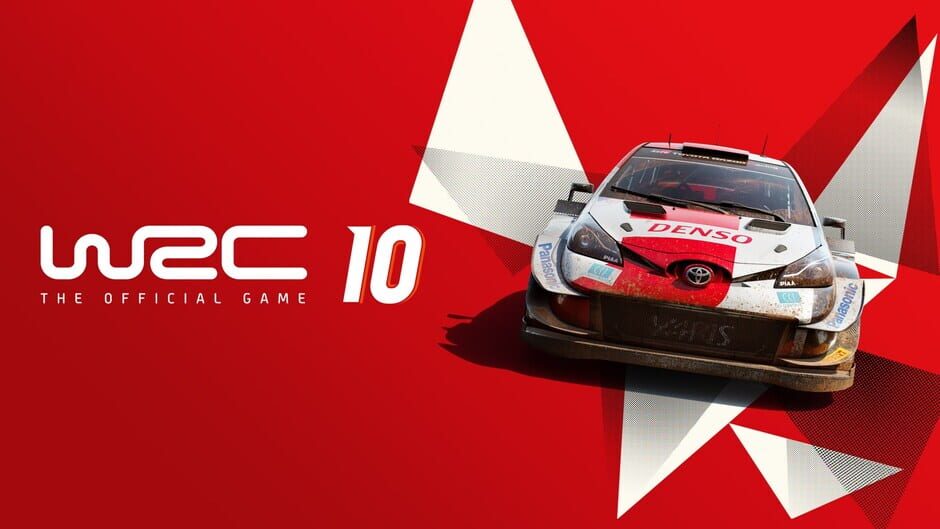 For me, WRC 9 was the pinnacle of this series to date. I’m certainly not alone in that estimation which is evidenced in the fact that it received the best Metacritic scores in the series’ history. It felt like the series had finally managed to balance the speed and torque on a knife edge, nailed down the feeling of the different road surfaces and bundled it up with a decent selection of game modes. For WRC 10, the penultimate instalment before the licence is handed to Codemasters, the developers KT Racing have adopted the “If it isn’t broke, don’t fix it” approach. A new mode and a few refinements to returning content are among the few changes for this year’s iteration – but that does mean that those few visual flaws with WRC 9 return here too and, in some instances, feel magnified.

Thankfully, the core to the game, the moment to moment racing, remains mostly unchanged from WRC 9. As you might expect from a rally game, WRC 10 is a battle of racer vs road, the challenge being to conquer the twists, turns and frustrating hairpins as fast as possible. That twitchy feeling as you glide across gravel, the plume of dirt that follows the car through the dirt, the screech of the tyres as you attempt to throw it around the corner while on tarmac – KT Racing have once again created a thoroughly thrilling and authentic rally experience.

The moment to moment play has had a few minor tweaks though. One of the few changes to the racing for WRC 10 is a bigger emphasis on tyre degradation. It feels like the impact the quality of your tyres has is amplified over last years game. The turning arc will change for the car as the tyres fall away and if they end up totally going off, you’ll see your speed drift away. Making sure you manage your tyres through a rally weekend is now much more of a consideration. This is emphasised by the inclusion of optional Shakedown stages, completed before a rally to get a feel for the surfaces, which grant an additional set of tyres for a Rally event.

The co-drivers have had a rework since last years entry too. They now feel much more like a human sitting next to the driver rather than just a satnav that’s reading out turn directions and severity. Take a nasty bump and the co-driver will remark on it. Win a section and they’ll celebrate. If you end up having to be reset on the track or you incur a penalty, they’ll gee you on get moving again. It’s certainly a step up from last year’s co-driver. WRC 10 even includes a female co-driver for the first time and there’s no difference in quality between the two options.

In terms of content, almost all of the 12 stages of the FIA WRC calendar are included here. The new tarmac-heavy Croatian rally, the tricky Estonian rally and the Spanish rally arrive and offer their own unique challenge. The Belgian and modern day Greek rally are set to join the game as free post launch DLC (although a historic version of the Acropolis rally is included – more on that in a second). Despite their cancellation during the action WRC calendar, Chile and Sweden are also included as stages too, like bonus content from last year’s game.

You’ll get to take on all of these rallies via WRC 10’s central game play mode, the slightly improved career mode. Here you sign up with a rally team from WRC 2, 3 or WRC Junior and take on a calendar of events trying to win the championship and move up through the WRC levels (or at least win enough not to be dropped by the team). Throughout each year, you’ll compete in training events (time attack style laps around small tracks), historic events, extreme condition events where you’re tasked to complete a section with a broken car or with rough weather conditions, and get to test other car brands. As you do, you’ll earn experience which feeds into an RPG system. The experience culminates in levelling up and skill points which can be spent on improvements to the team and aspects of the career. You’ll also have to manage the team staff, hiring, firing, and resting those who get exhausted as they become less efficient. There’s a little more focus on the team element this time around. Sometimes you’ll get to choose team training days to improve moral. Lastly, there’s a livery editor for those that like to design their own rally car visuals.

All of the modes except the Rally Star DLC that arrived for WRC 9 as post launch content arrive in WRC 10 at launch. This includes the Club Mode and the Co-driver mode. The online events return too. Everything is working as expected post launch.

The biggest addition to WRC 10 is the Anniversary Mode. To celebrate the 50th year of the sport, this mode has you compete in 19 races that require you to adapt to racing conditions of each time period. From the first race in 1973, through the reign of Sébastien Loeb in the noughties, to more modern races, you’ll find yourself behind the wheel of a variety of rally winning cars like the Lancia Delta Integrale, Audi Quattro A2, the 2005 Citroen Xsara and the iconic 1990’s Subaru Impreza, tested to replicate the success of rally’s most famous winners. To say that some of these are a challenge would be an understatement but when you finally overcome them, it’s incredibly gratifying. There’s over 20 classic WRC/touring cars in the game that can be used in free play along with 6 historic rallies including Acropolis, San Remo, Germany and Argentina. You can see the concerted effort that KT Racing have put into making these stages look age appropriate. There’s no use of the fancy gadgets around the track like you’ll see in the modern day rallies and the signage is from the time period the rally is set in.

It’s in the new stages and the historic events that the main issue with WRC 10 rears its (literal) ugly head – screen tearing and FPS crashes. The game has 3 visual modes – Balanced, 120hz mode and the high resolution 4K mode. On the 4K high-res mode, the frames are set at 30fps. While the game looks great, it’s easy to notice the drop in frames compared to the other modes and for a high speed game like this, that’s not ideal. On the 120hz mode, the game looks somewhat washed out. The balanced mode, at 4K resolution and 60 frames per second, is the best option but it’s here that the screen can totally crap out on itself. At the same spot in some races, the screen will rip itself in 3 and the frames take a dive bomb. This isn’t just a little visual artefact – it’s big enough to be distracting. Unfortunately, this appears to happen most often on the historical races. The Acropolis track has 3 sections that really struggle, for example. While WRC 9 had an occasional issue like this, it happens much more often in WRC 10. You can even see the screen tearing in the replays.

On the other hand, it has to be said that the WRC games continue to demonstrate some of the best use of the DualSense controller on PS5. The adaptive triggers and haptic feedback communicate the feeling of the road really well, like the vibrations you get through the steering wheel when you’re off-roading. The speakers in the controller plays the sound of pebbles hitting the wheel arch when you’re driving over dirt or gravel too which is a nice touch.

A few issues with the visuals take the shine off of WRC 10 which is otherwise yet another authentic, enjoyable rally game from KT Racing. Not a vast amount has changed since WRC 9 but what new content that has been added, including the Anniversary Mode which celebrates 30 years of the sport, does just enough to make this a worthwhile annual iteration for the series.