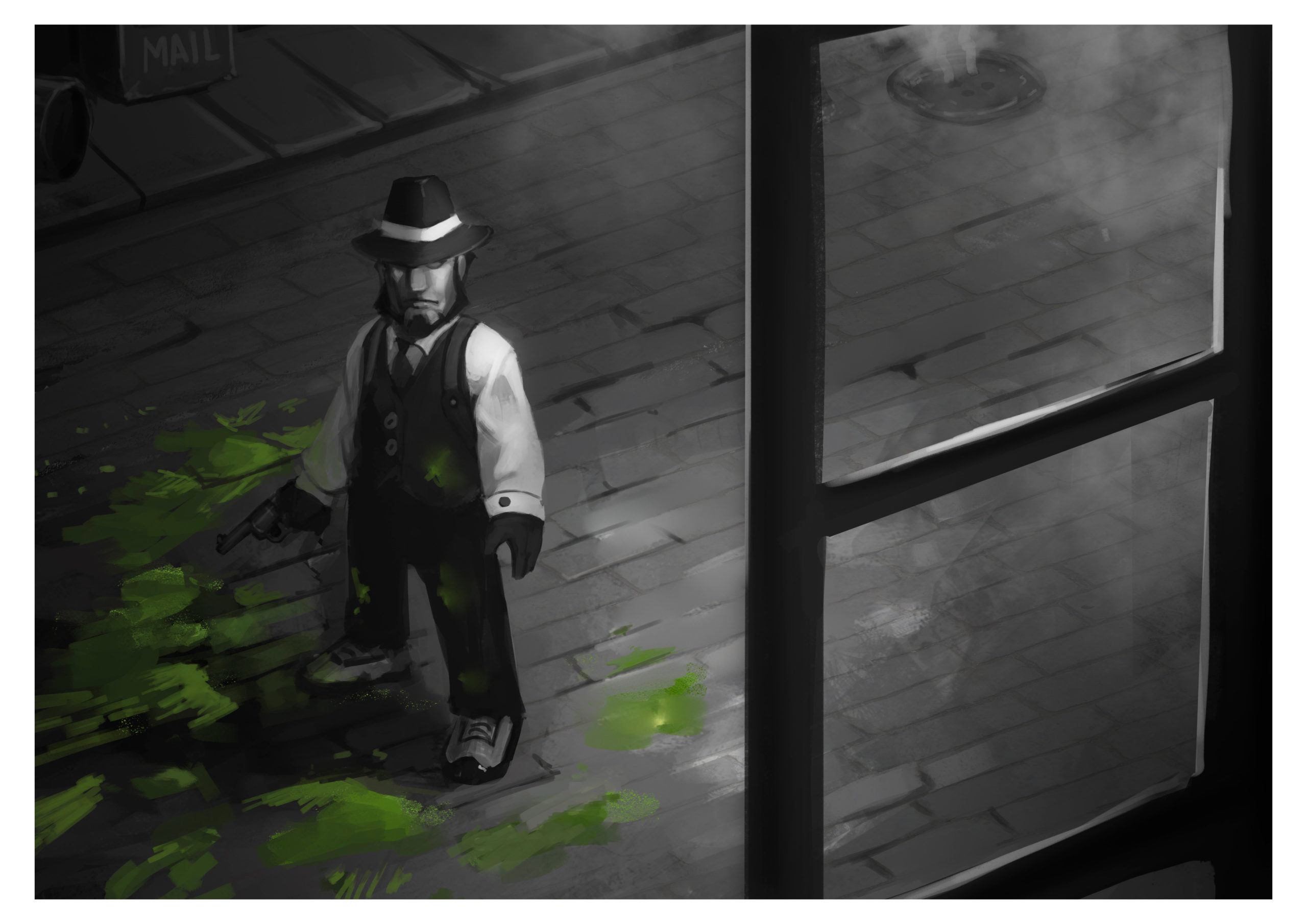 What could have been quite a fun platformer/shooter, Timothy vs the Aliens is sadly let down with its one-note gimmick and dated gameplay. The Finger Guns review:

In a world of constantly moving genres, the push for new graphics and life-like gaming, sometimes we forget the old school sensibilities. The platform/third person shooters that were many a staple of the fifth and sixth generation consoles. We’ve had our Jak’s and our Ratchet’s, and from the other side of the coin, our Destroy All Humans!. Now, blending the two, we have a new anti-hero in Timothy vs the Aliens.

It doesn’t offer anything new in the age-old alien invasion trope, nor does it revolutionise the genre it’s being put into. Gelatinous aliens attempt to take over the earth, our farmer-cum-gangster Tim is tasked with stopping them and, surprisingly, not telling anyone to “Fuggedaboutit”. On paper, it sounds pretty straightforward.

The problem with paper is that you can only copy over it so many times before the mistakes and things we try to move on from can creep back into the mix. Tortured metaphor aside, let’s find out how Timothy fares against these Aliens, shall we?

I’m not that much of a snob that I can’t appreciate a striking art direction in a game. When a game tries something different, I’m piqued. There’s a reason Hyper Light Drifter, Shadow of the Colossus and Grandia are up in my favourites: their distinctive styles. Timothy vs the Aliens might not be pushing the AAA graphic boat out, but it’s certainly got style.

If you’ve ever played The Saboteur, or seen Pleasantville, the contrast will be familiar here. But it’s not down to liberating districts or having sex, thankfully, that brings the colour here. It’s the aliens themselves deploying the vibrancy to Little Fish City.

You see, Timmy’s town is one of noir and stereotype. All speakeasys, tower blocks and smooth jazz setting the scene, whilst the invading aliens hit the point on the head with its “out of place” notion. Whilst looking comical in style, the splashes of goo against the blacktop backgrounds makes it quite fun to take out the beasties. It’s just a shame there’s only like, four colours of aliens though.

Welcome to Blandsville, Baby. Population; You

The core gameplay of Timothy vs the Aliens is pretty simple, if a little bland at times. Little Fish City is under attack, with the giant alien mothership constantly pumping out waves of the blobby bastards. It’s touted as open world, yet methinks that is a slight exaggeration on the game’s part. There’s only one map, and whilst Timothy can eventually drive around it, he can traverse it quickly enough with his weird little head-down run thing.

Our gangster-turned hero can jump and climb in some arbitrary level of platforming, but the controls are so floaty it’s more attrition than enjoyable. The sewer sections are a particular poke in the prostrate, as Tim can only take a few hits of knee deep water before dying. Couple that with an archaic checkpoint system and frustration can ensue.

There are four weapons in total: you start with a pistol and can later upgrade to a Tommy gun, shotgun and magnum. But the aiming is pretty generous, and bullets stun lock (make them pause) enemies, so keeping just the machine gun trained on them is easy mode.

Occasionally, the little orange buggers will sneak up on Timothy in droves, which is annoying. This is where the ace up his sleeve comes into play. Well, ace card in his fedora brim, at least. Benevolent aliens have visited before, you see, granting our hero the ability to use “bullet time”. In a pinch, this can be deployed to give players some breathing room and the upper hand. It also slows the music tempo down, which made me giggle.

This Time It Is Pretty Black And White

If it sounds like I’m giving Timothy vs the Aliens backhanded compliments, or damning with fine praise, it’s because I am. It’s got some elements of fun to it, at times, but these are stuck behind a bland and uninspiring game. The colourful hordes become boring after a fashion, and that’s not all that does.

It sounds like a weird nitpick, but the lack of voice acting is a wasted opportunity. Again, that could very well be down to budgetary constraints, but it’s worth noting. Could you imagine Destroy All Humans! without the banter between Crypto and his boss? No Daxter chewing the scenery? It’s a shame, is all, as it took me right out of any investment.

Which, coupled with the wishy-washy platforming, made this not a very fun game to play after the initial wow-factor of the art style. Following money trails loses its incentive when you can buy most things for a fraction of your total purse. Upgrading your health is a novel idea, but when you die, you only get the default three chunks back. Medkits are available, but not worth the distraction of seeking out (unless you absolutely suck at taking out slow moving aliens).

However, to conclude, don’t take this as a negative review of Timothy vs the Aliens. If it was terrible, an absolute shambles of a game, then I’d be blunt and tell you so. No, TvtA does have some charm, it’s just hidden behind a bit of a wonky game.

If you love an old school platformer and don’t mind a bit of wonk, this will tick those boxes for you. Sure, the lack of any real substance to get into may be off-putting, but you get what you pay for. Quite literally, in this case. It’s cheaper than most indie games and about the expected length of one.

However, it’s clear here that the line between “old school” and “sign of the times” has blurred somewhat. The fiddly platforming can get on the proverbials, as will the lacklustre story as a framing device. In short, it’s not a terrible game from a technical perspective, and adds more colour to the noir/brightness mashups than Hatred does. It’s just a little bland after the initial appeal wears through.

Besides, who calls a gangster “Timothy”?

Initially, Timothy vs the Aliens appeals with its funky aesthetic and take on the noir/vibrancy crossover trope. Yet that soon wears thin and you’re stuck with an at-times frustrating and extremely bland platform/shooter after a while. However, if old school frustration and cheap games are your bag, this will entertain for a few hours.

Timothy vs the Aliens is available now on PC (reviewed via Steam code), PlayStation 4, Xbox One and Nintendo Switch.