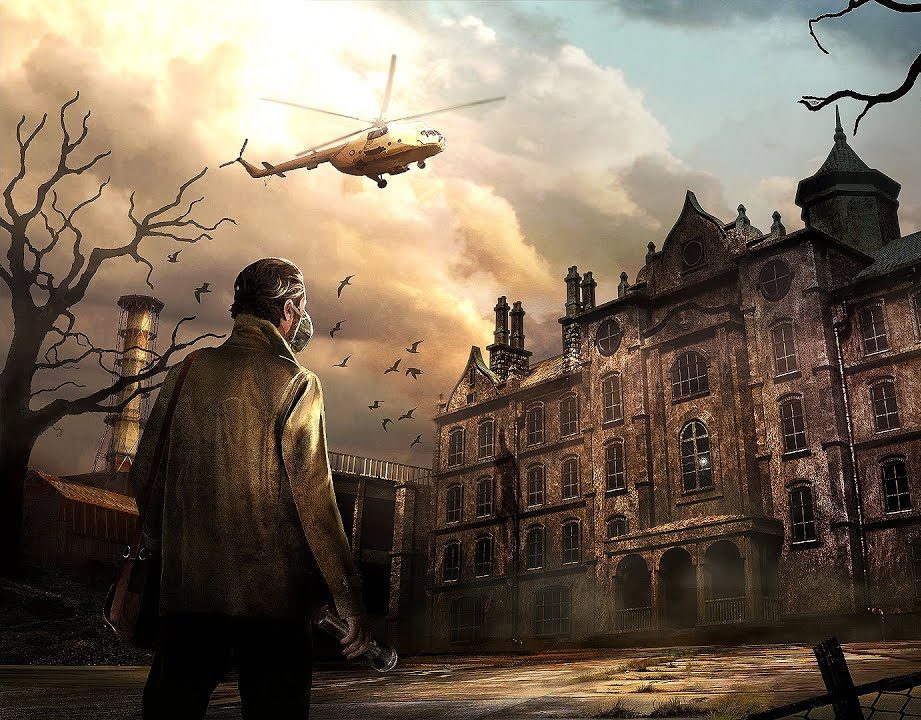 S.W.A.N. could have been a great FPS horror, but it tries out too many ideas and loses its initial allure quite early on. The Finger Guns review:

Most people are generally familiar with what happened in Chernobyl thirty five years ago. It’s already a dark patch of history, that thankfully we haven’t repeated. It’s been televised and now, thanks to S.W.A.N.: Chernobyl Unexplored, horror-fied.

Of course, there is no real-world horror parallel to the Chernobyl incident. Well, that we know of, at least. So essentially it’s a free market when it comes to inventing a horror story around it. Shooters have touched upon it as a no man’s land, but nothing’s ever really explored the Outlast-style institutional side of it. That is, until now.

The thing is, what happens when one game wants all of the horror ideas? Ensemble games sometimes hit the mark, others just can’t stick any kind of landing, let alone one. Does it work, or is it just a hideously bloated mess? Grab your hazmat suit and ghost/Geiger counter thing and we’ll find out.

Personally, I’m not much of a historian on the events of the Chernobyl disaster. It happened a few months prior to my gracing of this land in 1986, and despite the occasional mention over time, never researched it. I hear the dramatization is good though.

However, what I am fairly certain of is that in the history since, there haven’t been ethically questionable experiments done in the area. I don’t recall any news reports of mad, questionably-accented Russian scientists trying to tap into the powers of the mind and such.

But that’s the story in S.W.A.N.; a scientist thinks he’s figured out something, survivors of the incident are experimented upon, and there’s a conscious being trapped in some kind of void. If you imagine the Puppet Master from Ghost in the Shell met the AI of Job from The Lawnmower Man, that should give you an idea.

There’s spooky things about, a few levels involving zapping thoughts out of the mind’s sky with what looks like a Portal gun knock-off, and a section involving helmet lightning. Don’t ask, it’s hard to explain.

The Whole Trough, It Seems

If it reads like I can’t be bothered with S.W.A.N.’s story, then you’d be right. It’s not through lack of trying, as I even tried to get a grasp when I streamed it on my channel the other week.

It’s just a very uninteresting game when it tries to jam several types of game into one. Even the acronym, S.W.A.N., you might think sounds like a good plot device. Like what S.T.A.L.K.E.R did with a similar framing device years ago. Alas no, it literally means Syndrome Without A Name, which is what drives the plot. Some nine months after the reactor incident, scientists have begun research on neuro-psychological shenanigans reported in the area.

The problem is, though, that S.W.A.N. can never make up its mind as to what type of game it wants to be. The flippant examples in the last segment are just some of the events that happen throughout, a mish-mash of elements already done in much better games.

So what does S.W.A.N. actually have going for it?

While the pictures may not have given it away, S.W.A.N. is a first person horror game. As is par for the course, players can expect dimly lit and narrow corridors. You’re only armed with a flashlight, and being the 80’s in Chernobyl, don’t expect massive, bright beams of light illuminating the way.

And as you may expect, things do indeed go bump in the night (or the dark, at least). The problem isn’t that gamers aren’t necessarily desensitized to jumpscares, it’s just that S.W.A.N. absolutely phones them in. To be fair, some did get me, but I was expecting them (which probably made me more on edge). But when the literal writing on the wall says “It’s a trap” you can’t be surprised when the jumpscare happens.

There are also SOMA-esque moments of creepy things lurking in hallways. However, that’s all they do. There’s no immediate threat and, as they’re walking in a looped pattern, are easily avoided. There’s very little tension for a supposed horror game. It did get me a few times at the start, granted, but after a while it just became tedious. That’s largely down to the massive divergent path the game takes.

The first half hour or so of S.W.A.N. was competent enough as a horror game. Admittedly, a little unoriginal save for the premise, but competent nonetheless. Aforementioned dark hallways, telegraphed jumpscares and badly-voiced audiologs are in abundance, that’s what we’ve come to expect.

But after that, it feels like even the game went, “I’m bored, I want to go all sci-fi now” and tonally changes, sadly for the worst. Upon completion of the first “level” you’re greeted by an enigmatic AI/entity thing that lays some nonsense on players. The nonsense in question is that when a patient dies in this facility, the body opens up a gateway to a different dimension.

Which then opens up into a sort-of mini-game that involves zapping thoughts out of the sky, saving energy and shooting like and dark versions of the Mr. Burns alien form. It’s all very, very weird, and if it sounds like I’m being glib, I am. I understand that S.W.A.N. is billed as a first person horror puzzler, but this is stretching it a bit. It’s a shame because some of the in-game puzzling isn’t too bad, in a rudimentary “key and corresponding lock” sense.

The Horror Is In The Presentation

There are occasions when a game has terrible gameplay, but looks nice. Or vice versa; it can look like a bag of ass, but the core gameplay loop redeems it. S.W.A.N., however, doesn’t pull off either of those redeeming features.

That is to say: it is not a very good looking game. It’s bland, very brown and the monsters are ugly. Not in the conventional, “Oh my god that’s terrifying” ugly, either. More the laughable kind of monster design, like a rejected idea for an Aphex Twin/Chris Cunningham video. Now, original horror gives creative license to design monsters however you like. So why Volframe went for sprouting potatoes on legs as their design, god only knows.

The game as a whole looks like a Flash game that’s struggling to embrace the kind of 3D somewhere between Duke Nukem 3D and Quake. It’s just… bland to look at. All of the text logs are all printed in the same script, adding no variety to it. I’ve said before that it always feels harsh to trash a game for trying, but at the same time, I feel like I’m obliged to do a public service and tell you, dear readers, if a game looks rubbish. So here you go: this game looks rubbish. Be warned.

I Wouldn’t Stick Around For The Swansong, This One’s Just Better Off Dying Quietly

If it seems like this review is short and bittersweet, that’s because it is. It’s not that S.W.A.N. is terrible, per se, it’s just not very good. There’s nothing redeeming in the story that makes me want to see it through. The gameplay grew very stale, very quickly.

I thought I’d break the game in by streaming it and to be fair, it did have a few scares initially. But when both you and your audience come to the consensus that its growing boring, that’s never a good sign. In the occasions I’ve gone back to it for review purposes, there was no enjoyment to be had.

It’s competent enough as a functional video game, and I’m sure there are some horror aficionados that will enjoy it. But for me, it’s just not a very good game. This S.W.A.N. is neither grace nor beauty, instead needs to saunter off somewhere to be forgotten and quietly die. There won’t be a swansong here.

A bland and uneventful horror puzzler, S.W.A.N. offers nothing new yet still manages to disappoint. A disjointed narrative, ugly visuals and monsters that seem about as uninterested in events as the protagonist is make for a forgettable game.