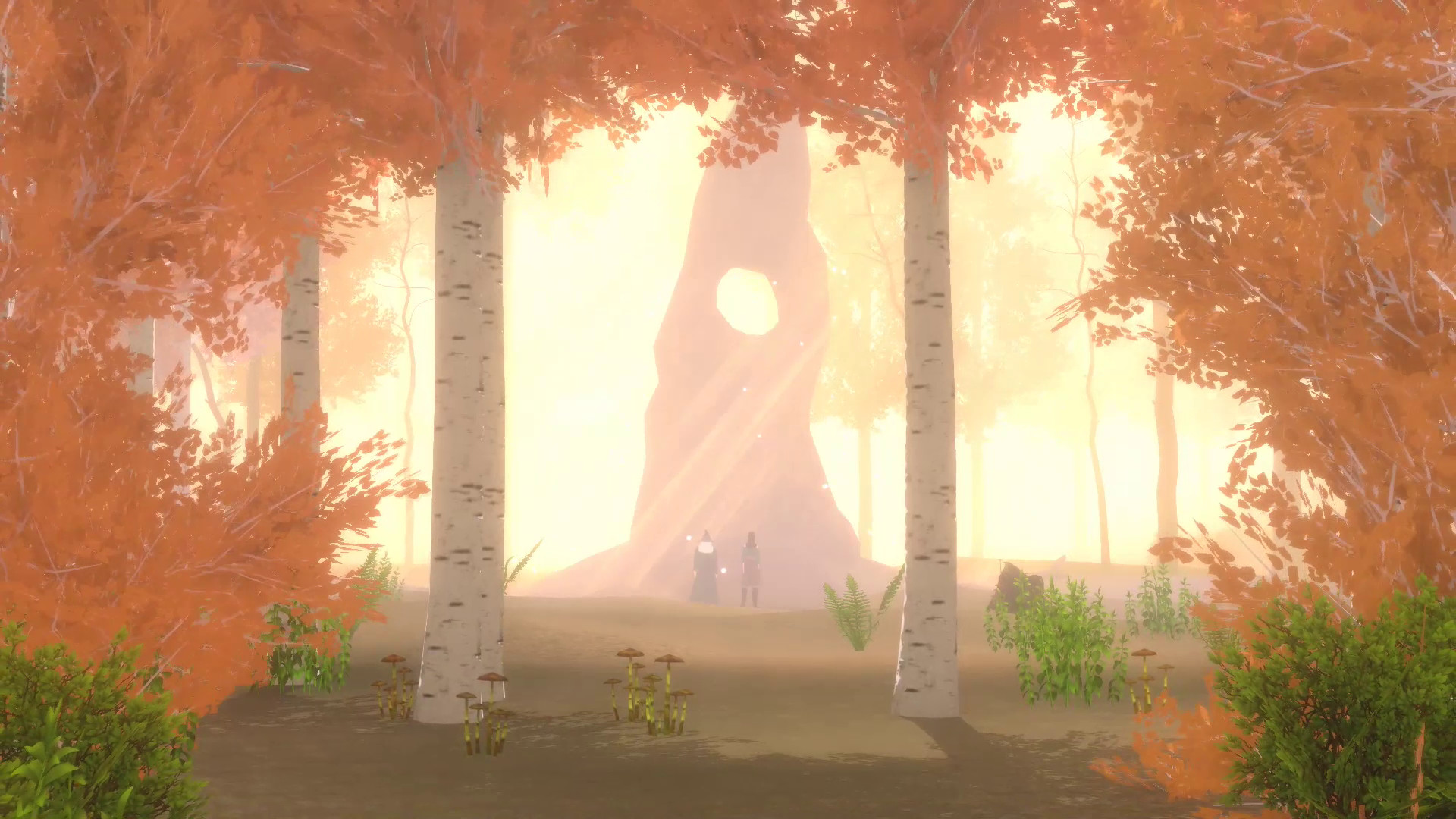 It has a few too many bugs but the well-structured and original plot of Forgotten Fields makes for a rewarding experience. The Finger Guns Review.

It has a few too many bugs but the well-structured and original plot of Forgotten Fields makes for a rewarding experience. The Finger Guns Review.

Ah, the sophomore slump. In football, it’s called ‘second season syndrome’. With musicians, it’s called the ‘difficult second album’. It’s a well-known phenomenon in which a debut success has an adverse effect on the subsequent work. It’s here, struggling to find a vein of creativity to mine for his second book, that we find the lead character of Forgotten Fields, Sid. As we come to learn, he had written a modest hit of a novel – but that was 3 years ago and sales had dwindled over time. Bills were overdue and in order to keep himself afloat, he is trying to outline the pitch for his next book in order to win a grant. The deadline for submissions is early the next morning. Sat in his dark apartment, attempting to focus, the ideas are not flowing. Those that do arrive are rote and forced.

It’s here that Sid’s course is altered. A knock on the door brings an invite from his mother; She’s selling his childhood home, in which he wrote his first novel, and before she moves, she would like to have one last dinner party there tonight. Convinced by his best friend that it might be good for him to get out of the house, and that he’ll have plenty of time to write his pitch later, Sid sets off to visit his Mum.

The core to the narrative of Forgotten Fields is about nostalgia and how the past can inform the present. Sid is attempting to recapture the creative spark that guided him through the creation of his first book – but this raises questions. Can he recapture that time? Is that even possible? Should he even try? Will that even help him with his sophomore endeavour? The journey to Sid’s childhood home has a few pit stops where he meets old friends and relatives. They talk, reminisce and discuss the passage of time. All of this informs Sid’s feeling towards the past, what he wants from the future and how to deal with his present predicament. It’s a very well-structured, thought provoking and occasionally melancholic story that’ll be relatable to anyone who’s ever tried to replicate successes they’ve had in the past.

Within the present day story of Forgotten Fields is another narrative. The fantasy tale that Sid is attempting to write for his pitch is visualised and becomes playable sections of the game. At first, its standard fantasy fare that’s attempting to follow the typical hero’s journey. As Sid meets with his friends and relatives though, he finds inspiration that evolves and deepens the story he’s trying to craft, mirroring the authors thought process. I won’t spoil the resolutions here – from a choice of 2 different endings – but they’re both worth exploring for their own reasons.

The game play elements of Forgotten Fields, between the moments of narrative delivery, are far less inspired. A cross between a third person walking simulator and a point-and-click adventure, you navigate Sid around environments in order to click on things. Unfortunately, you’re often doing this in order to perform mundane tasks. Setting a table for dinner, walking across the street to grab some oil only to walk back with it, heading upstairs for a shower – it’s all so every day and often feels like filler between the more interesting story developments. The most prominent example of this is when you’re sat on a beach with a friend and you’re going to have a quick drink – only they’ve forgotten the glasses. Thus you set out on a quest to find drinking glasses…on a beach …which is almost entirely deserted… instead of just drinking from the bottle.

In some sections of Forgotten Fields, you’ll be using inventory items in order to solve problems. This isn’t deep or involved – it’s predominantly a way to carry objects from one place to another – with no “Combine with…” etc. that can often be found in games of this ilk. It’s also a little inconsistent. Sid will pick up some items and they don’t enter his inventory. There’s QTE’s here too. You’ll be asked to press a button quickly at times in order to perform an on screen action. There’s no failure conditions here and sometimes fumbling this is more entertaining than succeeding.

One highlight of the game play is little moments of interactivity that feel very distinct from the core game play. Whether it’s replacing the spark plug on Sid’s moped or putting the washing on at his mother’s house, these sections change to a first person perspective and have you click your way through the process. This certainly helps make the prosaic quests found in Forgotten Fields more engaging.

During my time with Forgotten Fields, there have been 3 patches applied to the game which have fixed a few bugs. At the time of writing this though, there are still a number of glitches and rough edges which threaten to sour the whole experience. Some characters clip through walls while others speed onto a scene that they’re late too as if they’re The Flash. It’s easy to get caught on scenery in this game (often the cause of a character having to speed their way into an area) and I had to close the game once when Sid ceased to move entirely. At one point in the game, Sid has to leap across some rocks that have waves (admittedly, these waves are gorgeous) lapping along them. Mess up a jump and Sid is bounced into the air. Some characters deliver dialogue out of order – one character demanded I give them an item that they had not yet asked me to acquire. During the latter third of the game, the text “A Struggling Writer” floats in the middle of a room for an inexplicable and unreferenced reason. There’s a laundry list of rough edges and while none of it is game breaking, it certainly mounts up and effects the enjoyment of the plot.

Then there’s the camera. For much of Forgotten Fields, it’s possible to rotate the camera around with a full 360 degree range. In certain area’s though, the camera locks itself in position and tracks Sid as he moves. This is often effective, giving the game a filmic feel, but sometimes the environment itself gets in the way. During one section, while trying to find some clothes that had blown off the washing line, a series of trees were constantly obscuring the camera. It feels like you’re fighting against the camera angles sometimes and it’s a fight you can’t quite win.

When the camera is behaving though, and when you’re not witnessing a bug, Forgotten Fields can be a gorgeous game. The scene at the beach features some eye catching vistas and those aforementioned waves are stunning. The same can be said about the fantasy world that Sid invents – there are scenes, full of bloom and wonder, that would feel right at home in an AA fantasy adventure rather than a plot focused indie game. The art style, lacking fine detail but full of bold, warm colours, is incredibly inviting throughout.

And here is the part of my review where I’d usually try to summarise the game and give a conclusion on whether I would recommend it or not. But, Dear Reader, I am conflicted. I began this review describing the ‘Sophomore Slump’ and I wonder whether developer Frostwood Interactive have themselves found this to be true, with Forgotten Fields being their second published game. The narrative aspect of this game is very interesting. It explores subject matters which are likely to be highly relatable to those in their late 20’s and 30’s and yet are so rarely, if ever, explored in the video game space. To this end, I’m grateful for the existence of Forgotten Fields and the topics it addresses. I just wish that it had come in a more polished package with less mundane filler between its more poignant moments.

There are a number of technical issues which blight Forgotten Fields but there’s nothing here that couldn’t be addressed over time and with patches. The core of the game, featuring a very human and relatable story mirrored in a literary fantasy one, shines bright enough that those who can forgive a few glitches will find something unique and interesting here.

Forgotten Fields is launching on April 14th, 2021 on PC via Steam.