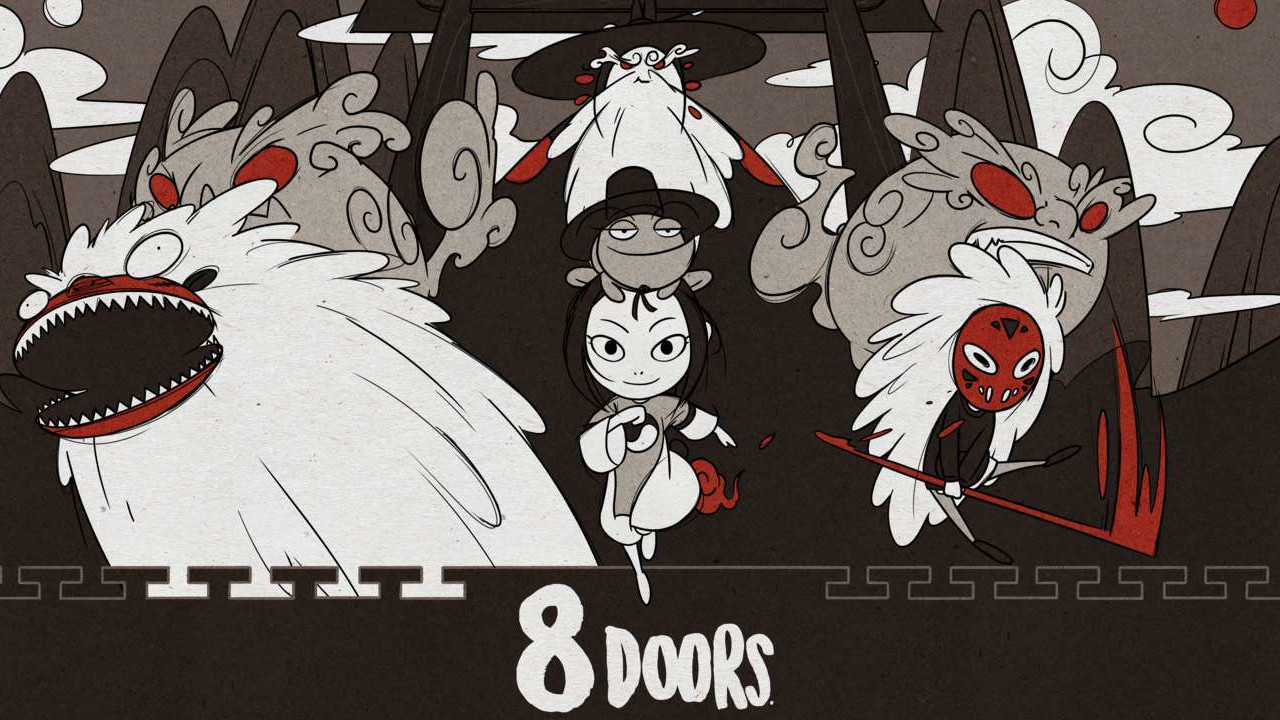 A Metroidvania with an Eastern twist...is 8Doors unique enough to stand out? The Finger Guns review...

A Metroidvania with an Eastern twist…is 8Doors unique enough to stand out? The Finger Guns review…

Since the high-profile release of Shadow Complex in 2009, arguably no genre of game has seen a higher rise in proliferation over the last 9 years than the Metroidvania. Probably best thought of as open-world 2D platformers, the Metroidvania is an exploratory title, often requiring backtracking to use newly acquired or learned skills to access areas or fight enemies you previously couldn’t. It’s a relatively simple formula and, as such, a large number of indie studios and developers over the last decade have released such titles onto the market. Given that saturation, games in the genre have to be pretty special to stand out. Can Korean developer Rootless Studio’s 8Doors: Arum’s Afterlife Adventure, a story-driven affair which heavily draws its influences from Korean folklore, successfully raise its head above the parapet and take its place amongst the Dead Cells, Axiom Verges and Ori and the Blind Forests of the world?

You play the game as Arum, a young girl who has discovered a way to enter the afterlife without actually dying, who decides to go in search of her father’s soul. To do so, she’ll need to pass through the 8 Doors of Purgatory, rescuing lost souls and fighting those who have succumbed to sin along the way. To assist you in this quest is your appointed companion, Ducroak, a frog who is more useful than initial impressions may suggest.

Certainly, from an aesthetic standpoint, 8Doors makes a pretty outstanding first impression. I’ll be honest at this point – unless a game does something really unique with it (like Dead Cells or Narita Boy), I am kinda tired of pixel art in my Metroidvanias. So, imagine my delight to discover that pixel art has been eschewed here in favour of a wonderfully gorgeous hand-drawn and animated style. This is best seen in the design of Arum and Ducroak, as well as some of the more major NPCs you’ll encounter throughout your journey, imbuing them with tremendous character that helps to sell the story in the absence of voice acting. Sadly, the animation doesn’t feel quite as fluid for some of the more standard enemies in the game, but it’s still solid enough for the overall character design to work as a cohesive whole.

Adopting a predominantly monochrome palette with the occasional splash of red thrown in, 8Doors’ locales are more of a mixed bag. While some of them can be pretty bland and generic, others – for instance, the Misty Forest and the Seocheon Flower Garden – are crammed with detail, lending the game a terrific atmosphere. Contributing to the overall atmosphere is a great Eastern-flavoured soundtrack, full of evocative wind instrumentation and gentle percussion.

Unfortunately, when it comes to the gameplay, this is where 8Doors begins to fall back towards the pack. It’s not that it does anything wrong mechanically, per se. Traversal controls are, by and large, as precise as you’d hope, although the air dash you pick up early on did occasionally feel a little laggy (but, thankfully, not enough to cause real frustration). Combat is similarly snappy, although does feel somewhat basic compared to other games in the genre, despite a decent selection of weapons becoming available throughout the game’s duration.

I also enjoyed any opportunities I had to use one of the game’s central mechanics – the ability to switch control from Arum to Ducroak. Your little froggy friend spends much of the game perched on your shoulder, doling out pithy one-liners. However, pressing the right trigger reverses those roles, putting Arum onto Ducroak’s sudden much broader shoulders, as he becomes large enough to drag blocks and boulders. He also utilises his amphibian nature to help Arum traverse bodies of water. It serves as a nice little change of pace and focus from what the bulk of the game consists of.

Sadly though, 8Doors lacks the depth to take best advantage of its solid mechanics. On several occasions during my time with the game, I found myself wishing it was just a little more involved. For example, while the combat is extremely functional and largely does what I needed it to do, I would have liked a few more moves and combos to learn and master – as it is, combat against the game’s bosses boiled down to little more than rolling through enemy attacks and sneaking in a quick few hits, before rinsing and repeating until they fall. And, again, whilst the traversal is competent and certainly not a hindrance to navigating areas, I could see spots where just a little more imagination and opportunity for combining mechanics could have led to more satisfying sequences.

Ultimately, while 8Doors: Arum’s Afterlife Adventure is a competent enough addition to the Metroidvania genre, with a decent story and acceptable gameplay, it doesn’t do enough with its potential to rub shoulders with the giants of the field. If you’re mad for these types of games, you can do much worse. However, if you’re only interested in something more unique, this probably isn’t interesting enough to do the job.

8Doors: Arum’s Afterlife Adventure is available now on PC through Steam or GOG.