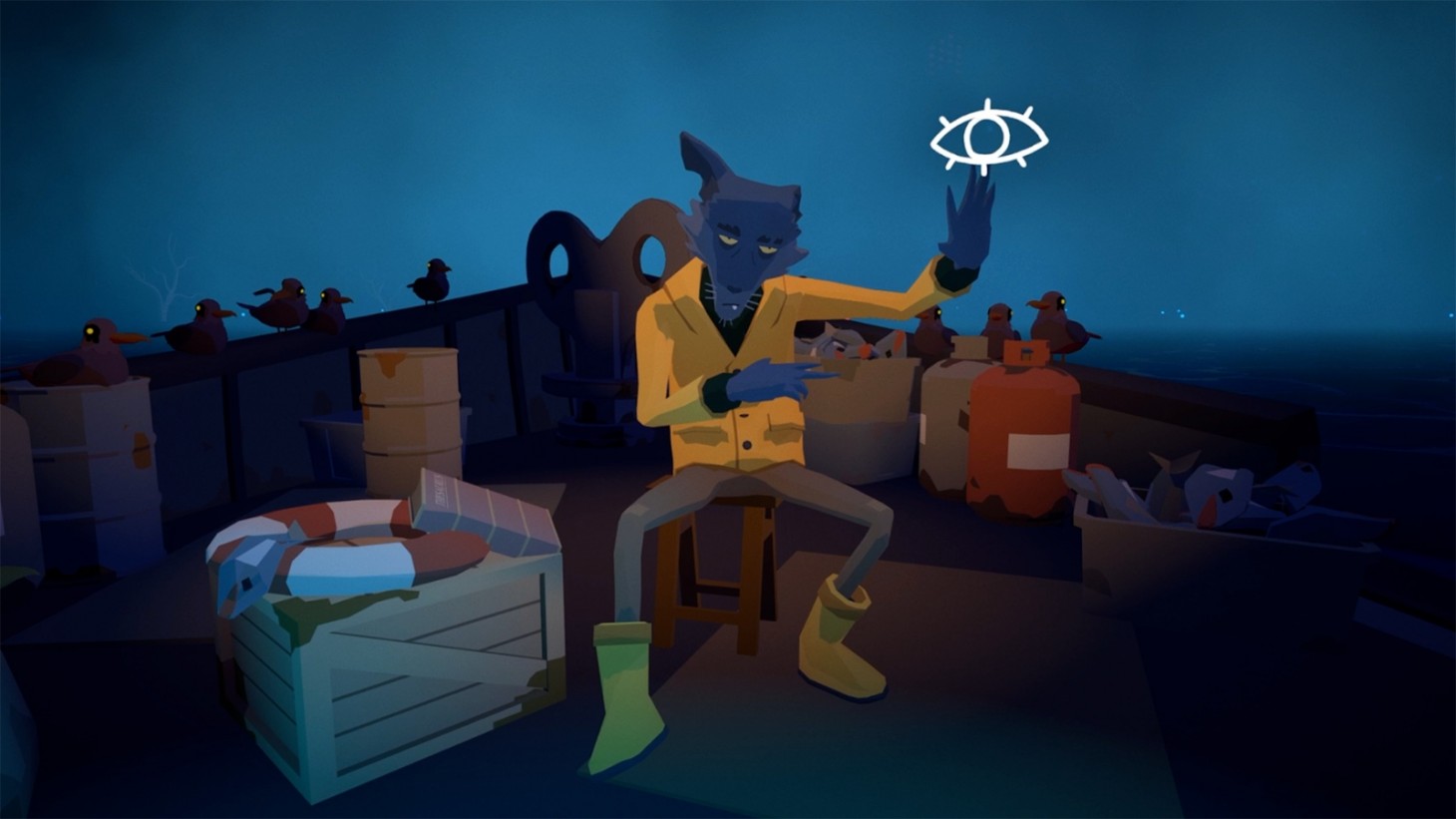 A unique control method combines with an emotionally powerful tale in Before Your Eyes from GoodbyeWorld Games. The Finger Guns Review.

A unique control method combines with an emotionally powerful tale in Before Your Eyes from GoodbyeWorld Games. The Finger Guns Review.

Alright. Awkward opening time. Before playing Before Your Eyes, I had cried 3 times total while playing video games. When I was 11 years old during ‘that part’ of Final Fantasy VII, at the end of Telltale’s The Walking Dead and during the bathtub scene in What Remains of Edith Finch. The last few scenes of Before Your Eyes chalked that total up to 4.

Before Your Eyes is a first-person narrative adventure with a unique twist. The pace of the game and the decisions you get to make can be controlled with the blinking of the players’ eyes. Using a webcam to track your eye movements, the game registers when you blink and uses them to progress the story, advance time and interact with the world. It’s simple to set up and works incredibly well, even with my crappy low-quality webcam. Close your eyes and the game’s story moves on.

In The Blink Of An Eye…

The blinking mechanic isn’t constantly active however. You don’t need to hold your eyes open for the entirety of the game in fear of missing something. Instead, it links to a number of icons that are displayed on the screen. Using the mouse to look around the snapshots in time, certain objects show a blinking eye symbol. Aim the centre screen reticule at these points of interest and blink and by the time you open your eyes again, the world will have changed. Each scene of the game also has a limited run time. An image of a metronome appears once you can move onto the next section of the story. Once that image appears, the next blink will trigger a jump to the next scene.

These mechanics are integral to the narrative of Before Your Eyes. I don’t want to spoil the story here because – as I mentioned in the outset – its emotionally charged and I don’t want to undermine its impact. A synopsis shouldn’t spoil anything however; The game begins after the lead character has died. As a lost soul floating down the river, the ferryman fishes you out and brings you aboard his boat. This enigmatic, logophilic sailor is willing to argue your case in order to help you pass on to the afterlife, but he wants you to show him the importance of your life first. This is where the blinking comes in. You’re showing a highlight reel of a life to this ferryman.

The lost soul belongs to a person called Benjamin. From his first memories, spent on a beach with his mother, through his school life, passing notes to his friend in class, and beyond, Ben’s life seems like an accomplished one. Each blink takes the player through his life with a focus on the relationship with his parents. There’s trials and tribulations for sure, but Ben’s achievements are numerous and should impress the tower guardian to the afterlife. There’s a darkness there though, left partially seen or unsaid, that the ferryman teases out leading to some heart-breaking revelations. It’s not something you can see coming and by the time you do, it’s too late. The rug is pulled from beneath your feet. As a wise man once said “it’s the hope that gets you”. This culminates in a satisfying ending, if not a happy one.

Benjamin is a silent protagonist. He doesn’t ever say a word during the entirety of Before Your Eyes. It’s a credit to the writing in this game that it manages to form a strong emotional connection between the player and a character you never see or hear from. This bond is formed predominantly by Ben’s parents that have incredibly relatable dialogue and act as unknowing narrators to his life. The mother, a composer who’s a constant source of inspiration for Ben, and the father, a professor that’s a pillar of strength, have an excellent dynamic. Their wisecracks at one another feel like they’re written from lived experience of married life. The voice actors deliver their dialogue with legitimacy and verve.

There’s a dreamlike feeling to the art style in Before Your Eyes. Each flashback scene is incomplete without only highlighted area’s blinked into existence. Everything on the peripheries is black and the area’s of existence seem to flow like liquid into the dark. Like life sized diorama’s with a comic book art style, this game is very easy on the eye. What really stands out in Before Your Eyes is the soundtrack. Music is a fundamental aspect of the narrative (again, no spoilers) and the piano accompaniments to the plot truly punctuate the emotion of each scene.

Blink And You’ll Miss It

The eye tracking control scheme for Before Your Eyes isn’t just a gimmick. The narrative advances are built around the blinking mechanic, adding an impressive amount of immersion, but it’s also integrated into the game design too. The metronome symbol can appear on screen but a scene can progress long after the icon shows up. This means you’re sometimes working to keep your eyes open to see more of what plays out. Parts of this are built into the progression. There are times when the game wants you to keep your eyes open or closed for periods of time. It’s an ingenious adaptation of the biological need to blink, making the player feel mildly uncomfortable that mirrors the uneasy subject matter presented before you.

Before Your Eyes might use the blink tracking technology as a core to the experience but there’s accessibility options which remove this requirement. If you want to see the story without having to blink at your computer, you can use mouse clicks too.

Unfortunately, there’s a few technical issues which presented themselves during my time with Before Your Eyes. The most detrimental to the whole experience were a few continuity errors. During one play through, I chose one branch of a narrative to follow and blinked my way through it. For some reason, I then blinked several scenes backwards to before I made the branching decision. While replaying everything I’d already completed, the sound of a phone ringing could he heard in every scene until I caught back up with myself. One particular scene repeats itself in the same way towards the end of the game too. Thankfully neither of these issues felt detrimental to the most important parts of the narrative.

A few annoying glitches can’t spoil the ground-breaking, emotional journey of Before Your Eyes. An imaginative control method is used in ingenious ways to tell an occasionally uplifting but ultimately heart wrenching story. It’s only a few hours long but that’s more than enough time for this game to get under your skin and leave its mark.

Tags: Before Your Eyes Skybound Games