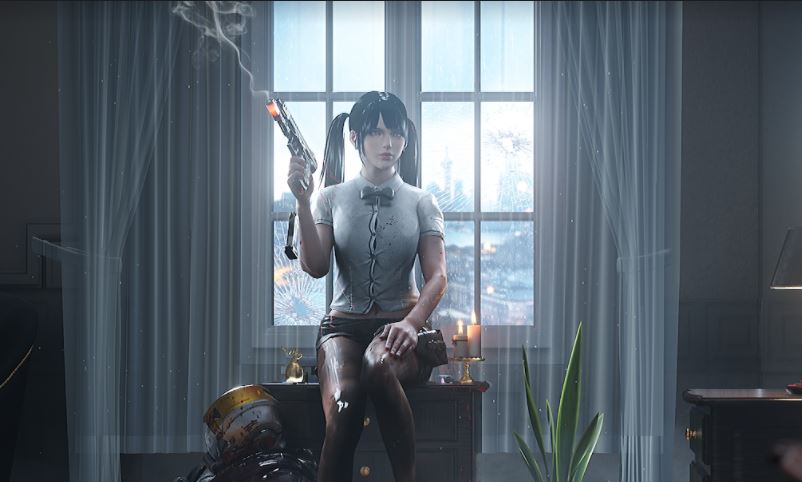 Bright Memory is short, rough but a tantalising teaser of what comes next. The Finger Guns Review.

One of the most intriguing games to make an appearance at the first Xbox Games Showcase back in the summer was Bright Memory Infinite, a fast-paced FPS/melee hybrid by Chinese one-man development studio FYQD. What some – myself included – might not have known is that Infinite already has a forerunner of sorts – Bright Memory, which debuted on PC back in January 2019, serving as a short playable teaser of sorts for the full game.

Perhaps unsurprisingly, given Infinite’s prominence in a major platform’s showcase, Bright Memory has found its way to the Xbox Series line of consoles as one of its initial slate of X/S optimised titles, and all for a very wallet-friendly price.

The most noticeable thing straight out of the gate is that this has been ported over to Xbox almost entirely in the format it’s in on PC in every sense. This is a PC game that you just happen to be able to play on a console. The cursor is a mouse pointer and the settings menus offer the exact same options that most modern PC games offer.

This is both a blessing and a curse. Navigating menus is more cumbersome than it would be with a more controller-friendly UI to the point that I’m fairly certain there are options in the Graphics settings menu that I can’t access, due to the lack of a scroll wheel.

However, given the technical issues I ran into almost immediately upon starting the game, having some of the more in-depth graphical options and toggles proved to be a Godsend – at the highest settings, Bright Memory does not run well on Xbox Series S. Thankfully, the depth of graphical customisation available meant that I was able to tweak things such as shadow quality and motion blur to eliminate the worst offences, namely an ungodly amount of screen tearing and some framerate dips. Hopefully Infinite comes out of the gate much better suited to a console, but it was nice to have a game that allowed me to mess around with that stuff.

As for the game itself, the best way to look at it is as exactly what it is – a hint at what a more realised and fully fleshed-out version of it could be. Because, in its current state, Bright Memory is a mixed bag.

Let’s get some of the negatives out of the way first. For starters, localisation is an issue. The story itself is a confusing mish-mash of modern tropes – the “evil corporation seeks to acquire ancient power to take over the world” motif will be familiar to anyone who has ever played a Tomb Raider game – and mysticism. When combined with the stilted dialogue of the game’s protagonist Shelia (no, that’s not a typo, Google Docs), it all adds up to an entirely forgettable storyline. However, I must again point out that this game was developed by one person, whose first language was unlikely to be English, so I’m happy to cut some slack here.

Where I’m going to be a little less forgiving is in some of the control issues I encountered. Given the kind of game this is, controls have to be hyper-responsive at all times. It was, therefore, disappointing that there was more than one noticeable occurrence of input lag, particularly when utilising some of the powers made available to you. This made a few of the combat encounters – especially those with larger crowds of enemies – very tricky to tackle.

Graphically, there are some nice moments, particularly in outdoor environments, but it’s pretty bland for the most part and will probably come as a disappointment to anyone who saw that first Infinite reveal in all its ray-traced glory and assumed that would be reflected (no pun intended) here.

If this all sounds pretty negative, that’s only because I wanted to get it out of the way, because, in some ways, Bright Memory might be one of the most exciting experiences I’ve had on the Series S so far – when it works, it just works.

You have four weapons at your disposal – a pistol (which you absolutely will not use beyond the opening sixty seconds), an assault rifle, a shotgun (my favourite weapon in the game by a long way), and a sword. When combined with some of those aforementioned powers – the Borderlands-eque EMP blast and time freeze are particularly helpful – combat arenas can quickly become hugely enjoyable puzzles that can be solved in a myriad of ways.

Also helping to make combat a joy is the game’s excellent mobility, which makes you always feel like you can get out of a tricky spot – this is vital as many of the game’s combat arenas can feel pretty cramped. Be it the dedicated dodge mechanic, a speedy and lengthy jump, or even just the ability to reload while sprinting, Bright Memory is a game that never leaves you feeling hopelessly trapped.

On their own, these probably seem like things you expect from most modern games. Taken as a whole, it makes for a lot of fun. It’s hugely satisfying to successfully dodge a sweeping blade attack, then immediately throw an EMP blast to juggle a crown into the air and slash away at them. Or freeze a larger enemy in a time bubble and spray forty unanswered assault rifle bullets into it. It may not quite be up there with the most zen flow-state shooters I’ve played – DOOM (2016), for example – but there were a couple of moments that got pretty close and that makes Infinite a hugely exciting prospect.

On its own merits, Bright Memory is short, rough around the edges and has a somewhat forgettable storyline. But as proof of concept and a playable teaser for the forthcoming Bright Memory Infinite, it’s a tantalising look at what’s to come and I personally cannot wait. For the price of a large Big Mac meal, it’s a no-brainer.