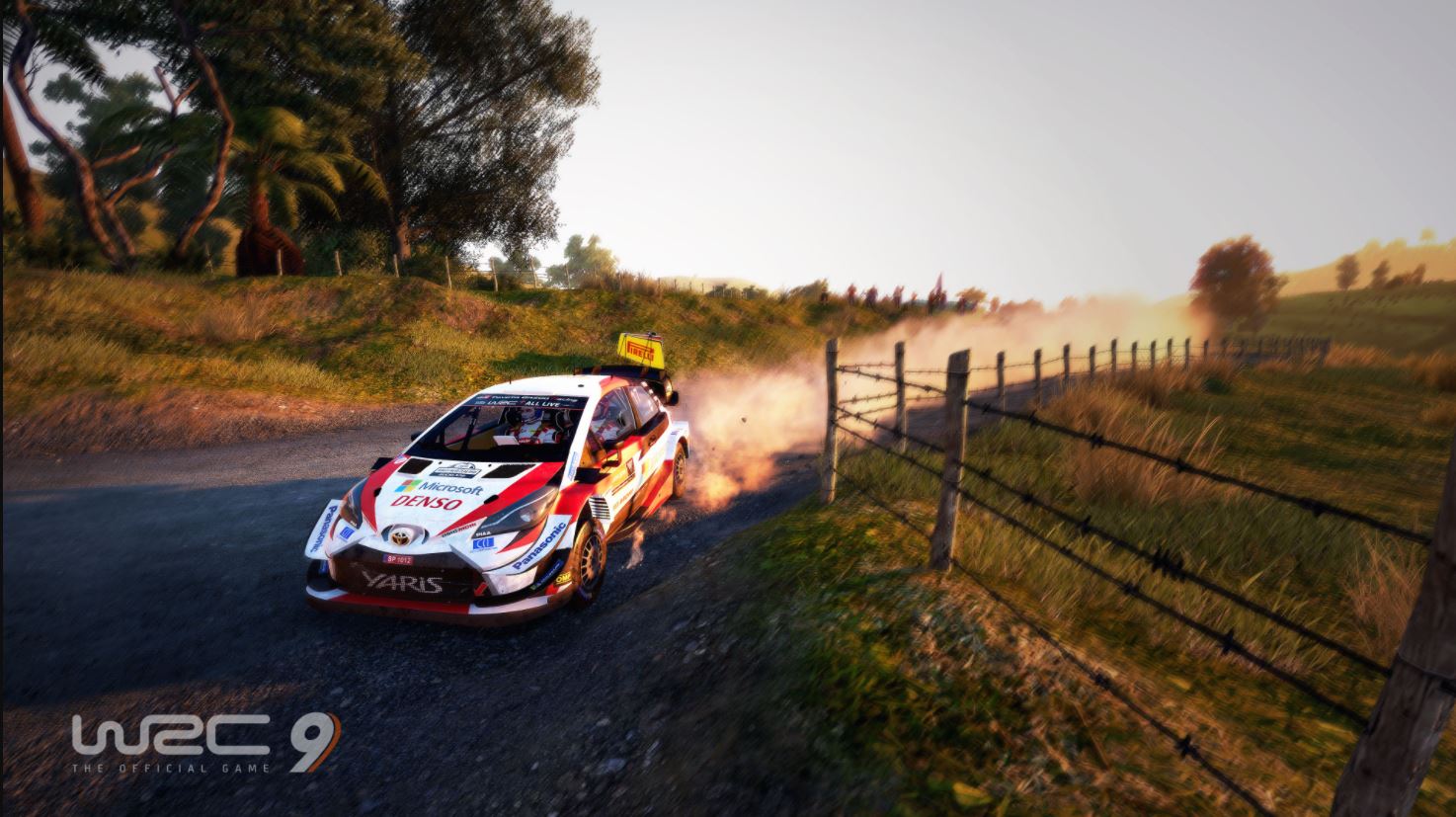 With its next-gen PS5 upgrade, WRC 9 is a much more impressive and engrossing rally experience. The Finger Guns Review.

With its next-gen PS5 upgrade, WRC 9 is a much more impressive and engrossing rally experience. The Finger Guns Review.

When I reviewed WRC 9 back in September 2020, I described it as “a challenging rally game that celebrates the FIA World Rally Championship’s past and present”, that “the driving mechanics themselves are very well implemented” but “there’s more than a few rough edges that prevent it from being a real champion”. I gave it 7/10. There was no doubt that WRC 9 on PS4 was a competent and enjoyable rally game but the presentation left a lot to be desired.

On PlayStation 5, that’s not the case. Those rough edges have mostly been polished into extinction. That one annoying bug has been squashed. WRC 9 on PS5 looks almost indistinguishable from the PlayStation 4 version and it makes brilliant use of the DualSense controller, achieving things that just weren’t possible on the previous generation of consoles.

I won’t go over the content included within WRC 9 again (if you want to read about that feel free to read my original review) because it remains completely unchanged in the PS5 version. What I will say is that while the career mode still lacks a little personality, it’s much more palatable in the next-gen version of the game because load screens are virtually non-existent. You spend a much higher proportion of your game time with WRC 9 on PS5 actually driving a car rather than looking at load screens. I didn’t even notice any clever tricks to hide loading screens either. You pick your event and you’re in the driver’s seat within seconds.

The handling, mechanics and feel to drive the WRC Junior, main proper, classic and bonus cars remains completely unchanged in the PS5 version of WRC 9 – and that’s a good thing. If there’s one thing I hoped hadn’t changed between generational versions, it was this. The handling and road feel in this game is equally as impressive on PS4 or PS5, forming a twitchy battle between the player and the road ahead that’s a joy to experience.

Where the PS5 version accelerates past the PS4 version of WRC 9 is the presentation and visuals. The car models were already gorgeous on the previous generation of this game but on PS5, they’re simply stunning. The attention to detail, explorable via the car viewer that lets the player explore every nook and cranny, is bordering on excessive. These vehicles really sparkle in the 4K resolution.

The rally cars aren’t the only things to see a visual spitshine on PS5. The rally stages have received a massive improvement too. Flying past at 4K and a consistent 60 frames per second (those moments of frame rate slowing have been eliminated), the roads are more detailed, the immediate surroundings are crisper and the wider world is far more visually appealing. The lighting, a little inconsistent on PS4, sees the biggest improvement on PS5. It’s very impressive when speeding through a forest as the treetops break up the sun and the shadows are sharp along the road and car (those dodgy blocky shadows are gone). When it’s wet, you can see the reflections on the rain slick surfaces that look ropey on PS4 but can be clearly seen here on PS5. The rain effect that drips down the external camera angles have been dramatically improved too. Hit a snow embankment and some of the powder may fly up and cover the corners of the screen – I’m not even sure this was in the PS4 version of the game, but it it was, it was totally unnoticeable. When all of this comes together, like driving alongside a lake in the Neste rally in Finland during the evening, the sun dancing on the water, it looks breathtaking.

These visual improvements don’t just make WRC 9 look better. They’re somewhat transformative for some game modes, especially the Extreme Weather events. On the previous generation, these events were a real struggle. The combination of the darkness, the mediocre lighting effects and abject weather effects meant completing these stages were more a chore than they should have been. It was tough to keep track of where the road was and what was or wasn’t a rock that would total the car. On PS5, with the improved lighting and the higher detailed visuals, these races are much more enjoyable. You can see where you’re going and while they’re still a test, they’re now probably at the level of challenge they were originally intended to be.

There’s still a few little shortcomings with the visuals in WRC 9, despite the drastic improvements in almost every department. During races when you can see for quite a way off into the distance, you can still see trees and landmarks popping into view or changing from their basic version to a more detailed type as you close in on them. Some of the reflections on wet surfaces are – and I can’t believe I’m about to type this – too detailed. Instead of wet tarmac, the reflections can make them look like polished glass. This probably needed to be toned down just a little.

While the visual improvements are impressive in WRC 9 on PS5, it’s the way that the game uses the unique features of the DualSense controller that make this feel like a whole new game. Depending on the surface you’re driving on and the car set up, the brakes (controlled by L2) will feel stiffer or slacker as the adaptive triggers push back/ease off. Lock the breaks and the L2 trigger will bobble and jump against your finger. The haptics and speaker in the controller mimic the pop of the exhaust as it bangs. The haptics grumble against your hands as you skid through gravel or dirt. All of this works to enhance the driving mechanics and make it a far more engrossing experience. Of all of the PS5 games I’ve had the pleasure of playing so far, WRC 9 makes best use of the DualSense features to date (except for Astro’s Playroom). Feeling the friction of the road in your hand as you drive is revolutionary.

The one bug that I had with WRC 9 where the engine noise would cut out after a big impact? It’s gone. It doesn’t appear in the PS5 version of the game. I’ve tried to duplicate it and it just doesn’t happen, thankfully.

Of all of the PS4 games that have had PS5 upgrades, WRC 9 shows the most improvement. Sharper visuals in 4K running at a consistent 60 FPS transform an average looking game into a gorgeous one. Combined with an unchanged driving system that needed no tweaking and excellent DualSense implementation that elevates it, this takes 1st place as the best racing game on PS5 so far.