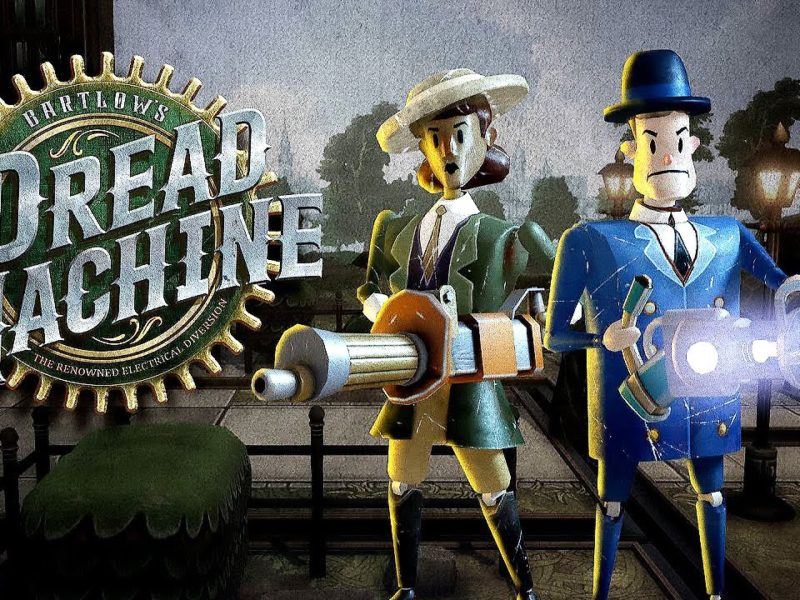 Before people figured out that the best use for computer chips was to use them to make electronic games machines, mechanical machines ruled the gaming roost. Indeed, Sega’s first steps into the field of arcade games came via the likes of Periscope, Gunfight and Moto Champ in the late 60s and early 70s. It’s with a clear reverence for these kinds of games that co-developers Beep Games and Tribetoy have brought us Bartlow’s Dread Machine, a twin-stick shooter with a twist.

Top-down twin-stick action games often present surprisingly unique premises for their action – think Reagan Gorbachev or Tesla vs Lovecraft – and Bartlow’s Dread Machine is no different in that regard. President Theodore “Teddy” Roosevelt has been kidnapped by anarcho-Satanists! No, really! And it’s up to you, as a member of the Secret Service, to save him! In order to do so, you have to navigate your way through six in-game locales that represent a journey across the United States – and beyond – from New York to San Francisco (I’m trying not to read too much into why the anarcho-Satanists hail from there).

Perhaps unsurprisingly, given the game’s clearly defined gimmick, the first thing you’ll be drawn to is its terrific sense of style. Given the fact that it’s telling a story set in the early 1900s via the medium of a fake mechanical arcade machine, it’s all wrapped up in an old fashioned charm that ties the whole thing together perfectly – from the creaking of the machinery to the dilapidated look of much of the scenery to the slightly hokey nature of the dialogue, every single part feels like it’s there in service of the overall aesthetic, all soundtracked by a lovely old-timey and carnival-esque score. In fact, if anything, I’d like to have seen them lean into the motif even further – sepia tones and silent movie dialogue cards in a future update, maybe?

The game’s mechanical aesthetic extends to the gameplay itself, meaning that it feels a little different to more standard twin-stick shooter fare, where the entity you’re controlling traditionally has full freedom of movement. Instead, by tying you to movement along four-directional tracks, Bartlow’s Dread Machine plays more like a maze game along the lines of Pac-Man and Bomberman. Of course, the game’s enemies are bound by the same movement rules and, therefore, you quickly find yourself considering the best routes to create the most distance between you and your foes – something you’ll need to master quickly, as the game doesn’t take long to throw a lot of enemies at you at any one time.

This does present the occasional moment of frustration. Using analogue controls to move around what are essentially rigid pathways can very occasionally feel a little imprecise. In general, this isn’t much of an issue. However, in some of the more puzzle-based levels, which can sometimes be coupled with one-hit kills, this can quickly become off-putting. Thankfully, though, these moments are few and far between and won’t affect your enjoyment substantially.

The game also has a few more tricks up its sleeve to keep it from getting stale. Sometimes, this can be a simple change of perspective – halfway through a level, the camera angle can change the game from its main beat-em-up-esque side scrolling view to something completely top-down or drop the camera angle even further and reframe the action as into-the-screen shooting gallery sections in the mould of Dick Tracy, Contra and Cabal (ask your parents).

You’ll most likely see that second viewpoint during the game’s boss battles. These are, more often than not, really fun setpieces with well-designed, screen-filling monsters or contraptions, and serve as another nice break from the more standard action.

To aid you in your quest to save President Roosevelt, Bartlow’s Dread Machine implements a loot-based progression system. Dead enemies will drop cash, which you can then spend in store between levels on a whole plethora of bits and pieces all designed to make your job a little easier. It all allows you to essentially build loadouts for your character. Want to gather money more quickly? Buy this pair of trousers. Need more starting health? Buy this coat. Struggling to fend off melee-based enemies? Buy this shotgun as your secondary weapon. Despite the fact that money perhaps doesn’t flow as readily as I would have hoped – it also disappears off-screen a little too quickly for my liking – it’s a nice system that encourages you to consider what best works for your playstyle, but also provides you with the tools to change that playstyle on the fly (well, between levels, at least).

You can even unlock new characters to use by ‘rescuing’ them at points throughout the game. As well as the obvious cosmetic differences, each character has its own starting weapon to boot, so it’s well worth using them (sadly, I couldn’t see any way to switch characters between levels, so it looks like you have to start a new game to use one). My favourite so far? Zombie Custer, who is not only a skeletal figure in military regalia, but also rocks an incredibly useful minigun as his starter weapon – great for points when you have enemies approaching from all angles.

By doing something a little different with the twin-stick shooter and wrapping the whole thing in a unique and all-encompassing aesthetic, Bartlow’s Dread Machine rises above its own minor issues to successfully stand out within a crowded genre, and it’s well worth a few hours of your time, whether you’re a fan of the genre or not.

A fun premise, solid mechanics and excellent presentation mean that Bartlow’s Dread Machine might be my favourite twin-stick shooter since Geometry Wars. Hopefully, it doesn’t get lost in the madness that is the end-year shuffle, as it more than holds its own and deserves an audience.

Bartlow’s Dread Machine is available now on Xbox One (reviewed on) and PC. 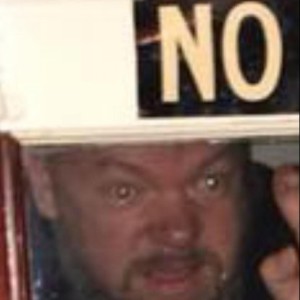