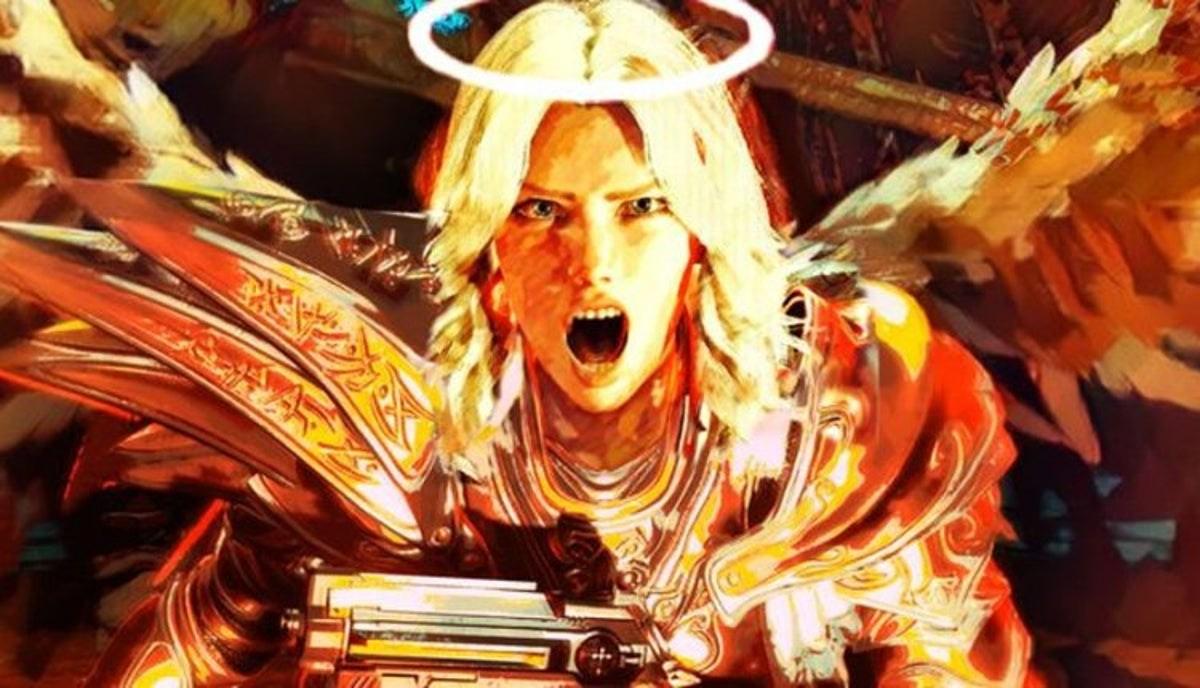 If this game was a book, it would probably be called A Song of Fire and More Fire. The Finger Guns review.

You know that very slick trailer for 2018’s Call of Duty: Modern Warfare reboot? The one where the shooting occurs in time to Enter Sandman by Metallica, and it works far better than it has any right to? Well, imagine a whole game with that concept as its central premise, and you have a very rough idea of how BPM: Bullets Per Minute – developed and published by Awe Interactive – works.

A rhythm-action, run-based, rogue-like first-person shooter, BPM: Bullets Per Minute is a frantic metal-forged experience quite unlike anything else I’ve played all year, yet – at the same time – somehow feels very familiar to someone who has been playing games in some way, shape or form since the early 80’s.

Let’s start, for example, with the pace at which the game runs. BPM is an insanely fast game, evoking more than a hint of seminal 90s FPS titles like DOOM, Quake and Unreal Tournament and pushing the speed even faster.

Of course, all of that speed is pointless, if the controls aren’t equally as sharp and, thankfully, that’s not an issue here. In addition to the game’s natural pace, you’re given a couple of mobility boosts in the form of a double jump and a quick dash, and you definitely need them to navigate some of the more enemy-filled locales.

Whether using a controller, as I have been for the most part, or a keyboard and mouse, which my old arthritic hands physically rejected almost immediately, there’s not a hint of input lag. This means there are no excuses when you die – and you will die…often.

This brings us onto the game’s difficulty, and it’s probably my biggest issue with the game, even if it says more about me than it does the game itself – I found BPM to be a brutally difficult game, even on the easier of the two difficulty settings.

Being a roguelike game, some runs will be easier than others, depending on your luck. Sometimes, you’ll be fortunate enough to find a better weapon in a chest early, which definitely helps – the pistol you start every run with is fine, but lacks range and power – or you may find a dungeon with surprisingly few enemies. However, more often than not, you’ll have to attempt a run armed only with that starting pistol and find at least one room with a dozen enemies in. Given the relative fragility of the character you’re controlling, you need to be nigh-on perfect at every turn, if you want to even make it to a boss, let alone defeat it.

To further aid you in your attempts to complete a run, some enemies will drop keys that open chests containing various powers and perks that can help you out. These range from infinite ammo, thus removing the need to reload (an absolute Godsend in busier rooms), to the ability to teleport, which is incredibly handy when taking on enemies who boast powerful floor attacks. There are also various statues dotted around the map to which you can provide an offering (one of the coins you collect from killing enemies and clearing rooms) and, in exchange, you’ll receive a small boost to one of your traits – from movement speed to shot accuracy to luck. Lastly, there are rooms in which you can buy new weapons, refill health or learn new tricks – the first two in particular containing a lovely surprise, the first time you encounter them.

The game isn’t perfect – the enemy design can seem pretty generic at times, and it’s not always obvious how some of the boosts and power-ups actually benefit your run. However, the main draw of this game is the fact that it’s a rhythm-action shooter. And it’s here that BPM excels. In fact, I feel pretty confident in saying that this is the most satisfying rhythm-action game I have played since Tetris Effect.

Whilst movement itself isn’t tied to the game’s thumping soundtrack, the gun mechanics – both shooting and reloading – are, and it makes for a truly mesmerising experience. As I got the hang of shooting on both full and half beats – as well as nailing the best reload in games since Gears of War – I quickly found myself falling into the same zen state as I did when playing the likes of 2016’s DOOM reboot, the aforementioned Tetris Effect and the similarly frenetic Devil Daggers.

If the soundtrack can be classified as ‘rock opera’, then the gameplay can rightfully be classified as ‘rock ballet’. There’s an almost metronomic elegance to it all, as you essentially pirouette your way around a room, using your gun as a percussion instrument. By the end of my first hour with the game, I could almost hear and see runs in my head, much in the same way that Guitar Hero had affected me over a decade earlier.

Add all of these components together, put a very cool and unique art style over the top of it all, and provide almost infinite replayability, and you’re left with a terrific little package that demands your attention, then doesn’t let go in a hurry.

The bastard child of DOOM, Devil Daggers and Tetris Effect, BPM: Bullets Per Minute is one of the most pleasant surprises of the year and a game I’d thoroughly recommend to anyone with a hankering for something different in the FPS genre. Just don’t expect an easy ride. Even on Easy.

BPM: Bullets Per Minute is launching on PC via Steam on September 15th, 2020.