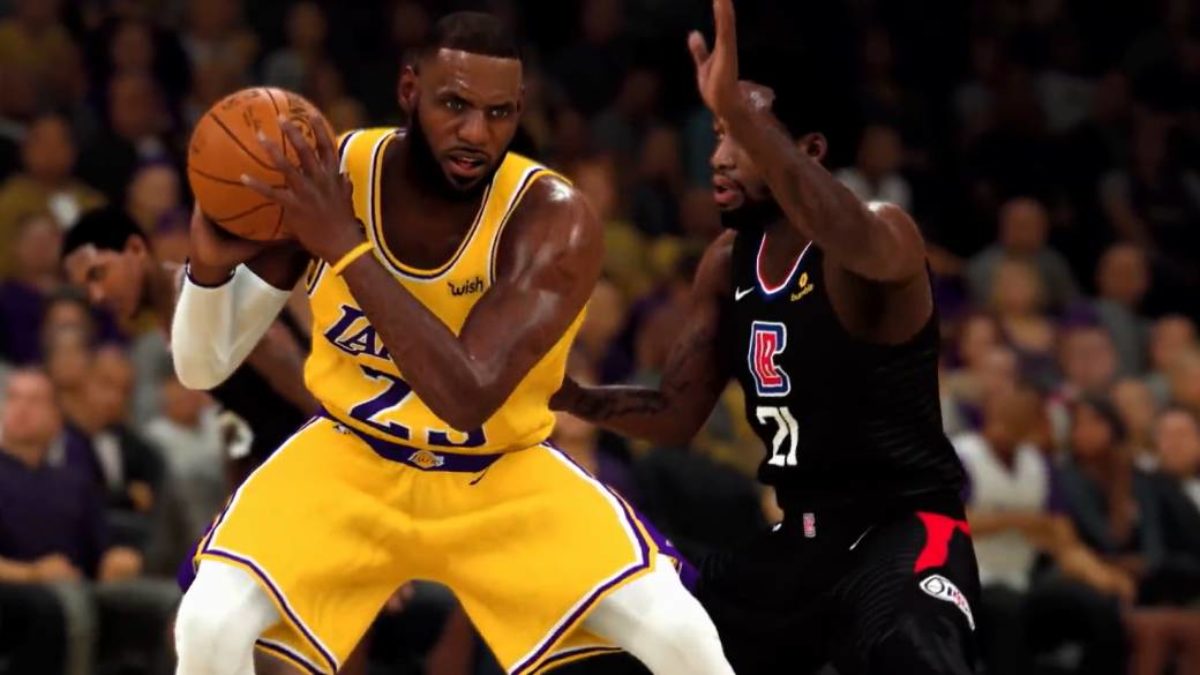 As slick as ever, but is it time for a few new plays in the playbook? NBA 2K21, The Finger Guns Review.

2K’s NBA games have been some of my most played games of this generation – 2K18, 2K19 and 2K20 alone have represented around 700 hours of playtime over the last three years. But, of course, we stand on the precipice of the next generation of consoles and, as history shows, the last game of a franchise on one generation often acts as little more than a placeholder, whilst the developer saves the big guns for the new consoles. Is NBA 2K21 any different?

The short answer? Well, no, frankly. For anyone who has played either of the last couple of entries, there is very little here in the way of content you haven’t seen before. That’s not to say that there aren’t any changes – updated shooting mechanics representing the biggest change this year – but none of it feels substantial enough to differentiate it from 2K20.

Let’s start with that change to the shooting. If this NBA 2K21 review had been a week ago, you probably could have halved the score at the bottom, because shooting was essentially broken. I am, by no means, great at these games, but when you’re missing wide-open and reasonably-timed shots with alarming regularity, then there’s a problem.

Thankfully, series developer Visual Concepts has recognised this or, at least, paid attention to the numerous threads about it on Reddit, because it is now much more in line with 2K20’s shooting model.

As such, the one accusation you cannot level against 2K21 is that it’s a bad basketball game. On the contrary, it continues to show why there basically aren’t any other basketball games on the market – it’s almost impossible to imagine any newcomer to the genre being able to compete in the short-term, given how highly Visual Concepts have raised the bar.

It actually makes me long to see 2K Sports tackle a football game, because they have a knack for making players seem unique. Physical players like Shaquille O’Neal or Zach Randolph feel weighty and grounded, and you can use that physicality to bully smaller or more slight players inside. Similarly, small speedy players like De’Aaron Fox are able to use that pace to sprint past their defender or make enough room to throw up a shot. This all makes for a game you can approach in a number of different ways, making each game feel unique in its own way.

The best mode for showing off all of the different ways you can set up teams and approach games is in what is undoubtedly now the NBA 2K series’ flagship mode – MyTeam, the Ultimate Team-style card collect-a-thon in which you buy or earn packs and cards to improve your team and put it up against all manner of teams, both online and offline. There’s genuine enjoyment to be gained from pulling good players from packs and putting together different squads, but this is where the problems begin.

Not to put too fine a point on it, this year’s incarnation may represent the most egregious attempt to convince you to part with real-life money yet, which is incredibly disappointing, given this is a £60-70 game.

This is most evident in Domination mode, in which you work through 33 teams at one of three available difficulty levels. In previous years, those difficulty levels on the first Domination ladder were Rookie, Pro and All-Star, which made it an ideal starting point for newcomers to the series to get used to the mechanics – especially handy, when you consider that your starting five at that stage was going to be decidedly average. However, in NBA 2K21, Rookie has been removed as the lowest difficulty setting in the mode, meaning a higher starting point on the difficulty curve for newbies – thus increasing the likelihood that those players might decide to buy a pack or two to increase their odds of winning.

It all just feels a little too icky for my liking. And I speak from experience – I have to be honest at this point and confess that, in years past, I have fallen into the real-money trap that 2K has laid. And on more than one occasion. Hell, I’d be lying if I said I definitely wouldn’t do it this year either. However, I’m an actual idiot, beyond all hope, so consider this to be a warning from beyond the metaphorical grave.

Unfortunately, it’s not the only mode to suffer from the pervasiveness of microtransactions, as MyCareer’s progression system operates at such a glacial pace that buying in-game currency to boost your character’s stats often feels the only way to circumvent the grind.

Speaking of MyCareer, there is once again very little here that you haven’t seen before – you play as a young talented player has to overcome hardship both on and off the court. The story ends and you carry on into a more traditional career mode. It’s all just a little predictable at this point, and it would be nice to see them push the boundaries a little more during the next generation, even if it’s just a story that spans multiple titles like FIFA’s The Journey.

The main mode for those who don’t want to engage with the spectre of microtransactions remains MyLeague. Once again – you may be spotting a trend here – it will all feel very familiar to anyone who has played any recent iterations of the series, but that’s not necessarily a bad thing here, and will scratch an itch for those who wish Sports Interactive would bring us Basketball Manager.

The main NBA 2K21 MyLeague mode, for example, allows you to start with the current 30-team league, but also offers two expansion options to start 36-team leagues with six all-new teams. MyGM allows you to delegate coaching to your staff, while you wheel and deal in the trade market, which is always fun. Perhaps best of all is Season mode, which is a single season sprint to see if you can turn your team into champions within a nine-month period. If even that sounds too long, you can even condense the experience further by trying out Playoffs mode. Yes, it can all feel a little hands-off, but no more so than any sports management sim worth its salt.

If this review has seemed a little schizophrenic, then that’s a pretty good summation of the game itself and symptomatic of many end-of-generation sequels – the mechanics have never been better, but when you can get the previous iteration for a fraction of the price, then the price is incredibly difficult to justify.

An incredible simulation of the game of basketball, which might as well be a free-to-play mobile game with so many microtransactions at times. If you can resist the temptation to pour money in, it’s the best sports sim on the market by a fair distance. Unfortunately, this is the worst game in the franchise for attempting to exploit that temptation. Wait for a heavy discount to make any further outlay a more palatable decision.