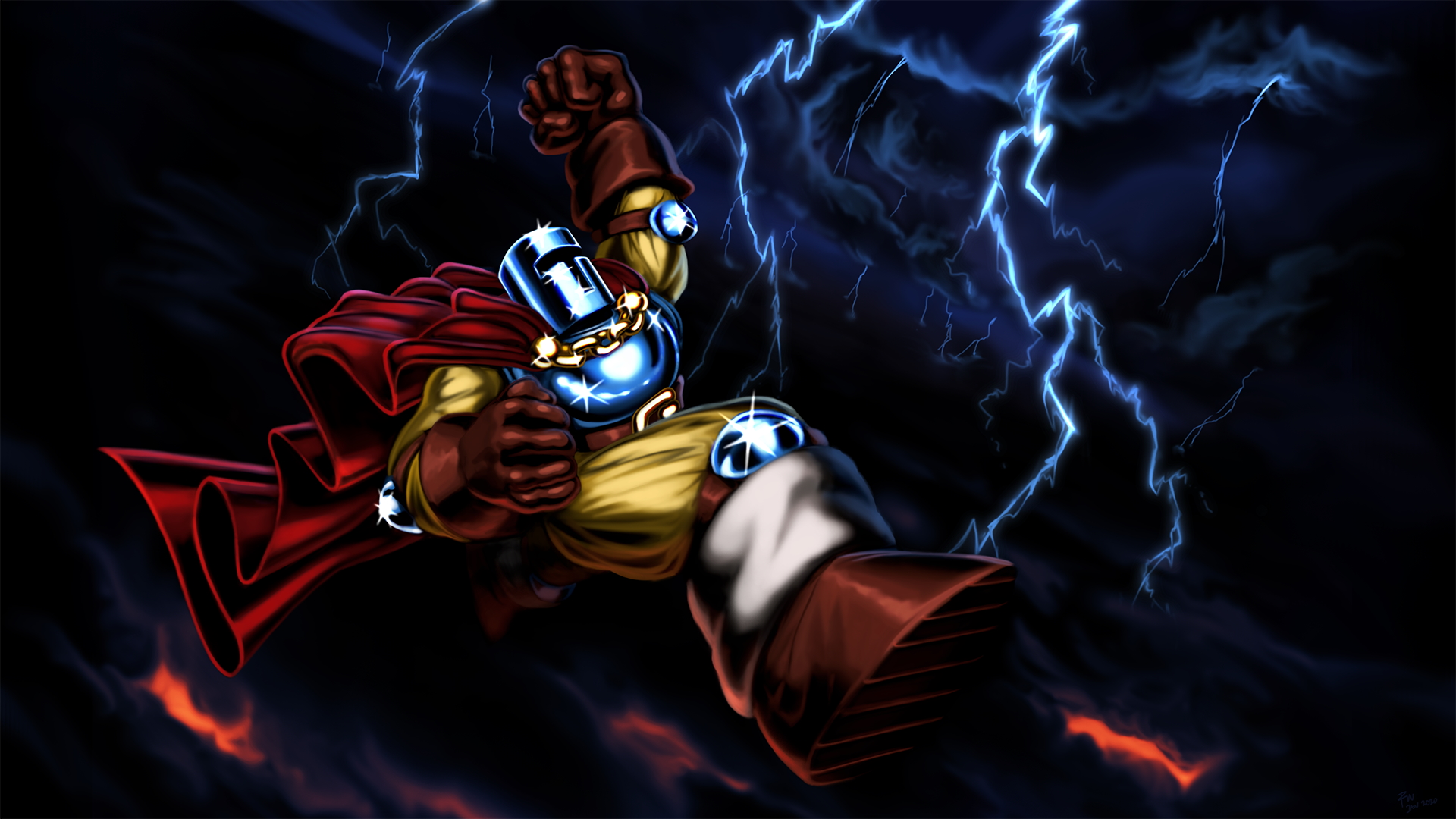 Jump King makes you forget everything you have ever learnt from platform games over the years. The Finger Guns Review:

When I was asked to review Jump King, I didn’t know a single thing about it. I looked at a few screenshots and thought hey, that looks cute. A bit of retro old-school gaming is just what I need. I punched the code into my PS4 and, well, I don’t think I have ever sworn as much at a game as I have with this game. At least not since the Rainbow Road level of Super Mario Kart.

The idea is simple enough. You’re the titular king of jumps and it’s up to you to reach the top of the tower to rescue the “smoking hot babe”. Not sure how that kind of language lands these days but, whatever. And that is pretty much the story wrapped up in one sentence. But then, it’s never really about the story. It’s all about the jump. Jump up, jump up and fall down.

You see, hidden behind the pleasant retro graphics and sound effects is perhaps the most infuriating game I have ever played. Sometimes for good reason, others for no good reason. The idea is to jump from one platform to the next, but miss or mistime a jump and you fall down. Fairly simple so far. However, missing a jump doesn’t always mean you fall one or two platforms down. You can feasibly fall right back to the very start of the entire game.

As I mentioned before, this game makes you forget all you have learned about pixel-perfect jumping. In Jump King, you have one button – jump. But it’s not that simple. The jump button has varying levels of pressure so a simple tap makes you hop, a charged jump makes you go higher. But, and this is a big but, you can’t control the direction of your jump in the air. Once you’ve left the ground, you’ve had it if you mistimed or miscalculated a jump. As simple as all that sounds it actually makes controlling the mighty Monarch rather difficult. For the most part, you need the right amount of charge, to be standing on the exact right pixel and have your analogue stick angled at just the right direction. If one of these factors is off, then more often than not it’s a fail and you fall. Sometimes just a platform below, or worse the next screen or two, or god forbid and most infuriatingly, right back to the bloody start.

One small grace is that you can’t die. The King won’t suffer any damage, he just dusts himself down and goes at it, again, and again and again. Sometimes, but not often there is something quite cathartic when you get the rhythm down. Making jump after jump after jump because you have learnt the pattern and angles needed. It’s a sort of calming break before the storm of missing a jump inevitably comes along.

Although I get what the developers are doing, trying to make a game that is based on skill, Jump King turns out to be less about skill and more about trial and error. You see, given the Dual Shock 4’s buttons not being particularly great at proving a gauge of the pressure you’re using, it’s hard to get the jumps right. Sometimes a small tap will make the king hop. Another time, you could swear on the life of your pet goldfish that you used the exact same pressure for another hop, instead, the king goes flying elsewhere because you pressed the button a fraction longer.

So getting the angles and pressure just right can be an absolute nightmare. More often than not you end up overshooting the platform and falling down a screen or three. And if that happens, thanks to the erratic nature of the jumping mechanics you could quite easily spend another half hour trying to get back up to where you were to start with, before falling down again. Perhaps even further than before.

If the game had some kind of pressure gauge so you could tell how much jump you have charged would be a great help. That’s just me though. I like to think of myself as a fairly capable 2D platform kinda guy But this has me throwing joypads on the floor in pure rage.

Not only that but when you get higher there are more challenges that await. Slopes for example (so much anger for slopes) weather conditions such as wind and snow which affect how you can jump or what you can see.

Saying that though, I can see the appeal of a game like this to some people. I mean there is a YouTube video doing the rounds of someone speedrunning Jump King. It took them 5 minutes, 5 MINUTES! So clearly it’s just me being crap.

Jump King has been around on Steam for a while now and has gained a cult following along with favourable reviews. I found this one tricky to score because it just so punishing, and not always for the right reason. I also know the some of the frustrations are levelled at my own skill level. Jump King is definitely not a game for everyone, but there is some joy to be had to jump around and actually making slow progress screen by screen, one jump at a time. But I can’t really forgive the trial and error nature of the game. If it was purely down to player skill this would be a game they could turn into an E-sport challenge, but as it stands, the game more often than not makes you do the following:

Stand-Jump-Miss. Move one pixel along – Charge a fraction longer – Jump – Miss – Fall. Get back up to the spot – Move another pixel forward – Charge an even less fraction of time – Jump – Miss by an even bigger fall a few screens. Start over. Goodbye controller, goodbye TV.

Too much is left to chance and not enough to player skill. I guess you could call it the pure definition of insanity. But those gamers who like a cruel, twisted challenge to keep them awake at night whispering just one more jump over and over again will find a decent game and one almighty almost insurmountable challenge here.