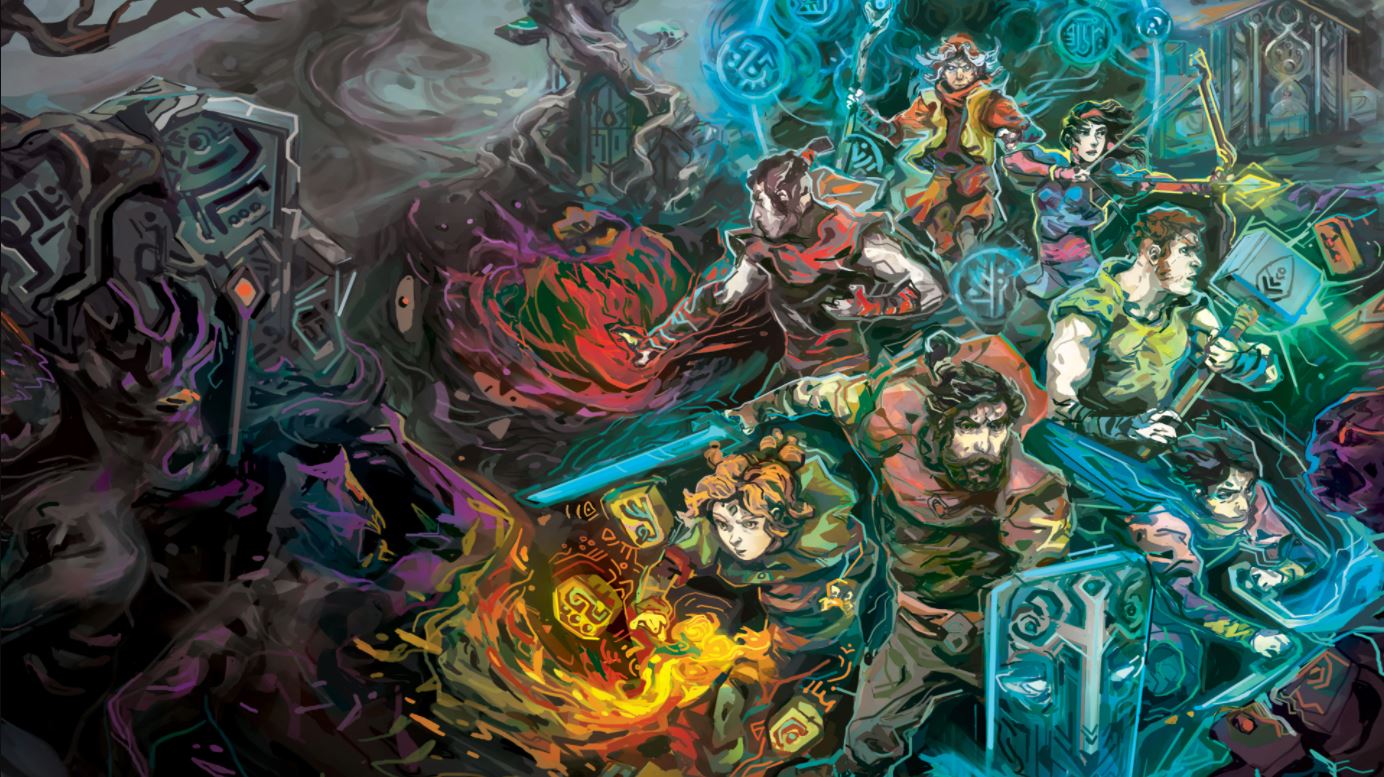 A combination of the best elements of the genre while shedding itself of the usually off putting aspects, Children of Morta is the roguelike to end all roguelikes;

A combination of the best elements of the genre while shedding itself of the usually off putting aspects, Children of Morta is the roguelike to end all roguelikes;

Before I continue, I need you to promise me something. When you read this next sentence, you’ve got to promise me you’re not going to just shut this review down. I know this next statement is going to contain a number of things that can be instantly off putting when describing a game, but trust me when I say that Children of Morta is far more than the usual fare it’ll be compared too. That being said, here it is; Children of Morta is a top down, pixel art, fantasy roguelike that has you trawl through dungeons in order to defeat an ancient corruption. I know. I know. On paper it sounds like any number of games that have released over the past few years, but it really, really isn’t.

In Children of Morta you play as the Bergsons, a family entrusted with the task of watching over Mount Morta. Generations ago, the Bergsons’ ancestors defeated a corruption which was plaguing their land and now, the eldest living family member Margaret, has uncovered its return. Using portals beneath the Bergson homestead, the family must set out to find 3 spirits who reside at the end of deadly dungeons. Once all 3 have been returned, the family will have the power to end the corruption once again. So far, so standard.

Here’s where things get interesting though. Children of Morta abandons many of the staples from the roguelike genre to great narrative effect. In most games in this genre that attempts to tell a story, the narrative is tied to your progress and sure, the overarching story of defeating a greater evil still depends on you fighting your way through the game’s horde, but there’s another story here. The story of the Bergsons. This story progresses unabated after almost each run at the games dungeons despite if you lasted 30 minutes or 30 seconds. It’s these shorter arcs, focusing on each family member and their relationships, that are often emotionally charged and so masterfully written, that make Children of Morta worth playing alone.

An early story is about the youngest member of the Bergsons, Kevin, who wants to help in their quest but is seen by his elders as too young. This lad disappears, causing the rest of the family to worry about where he has gone. The payoff to this story is sublime. Later, Mark, another Bergson descendent arrives at the family home wounded and weak. He needs medicine and you’ll have to set out into the dungeons to find some.

The story to Children of Morta is entirely narrated by Ed Kelly – none of the Bergsons are voiced – in a voice which I now want to narrate everything. His voice, gravelly yet powerful, brings a tonne of atmosphere to this game. It’s the kind of voice that’d equally terrify you if it was telling you a ghost story around a camp fire as it would sooth you if it was telling you everything’s alright after waking from a nightmare. Put Ed Kelly in everything. He’s a treasure.

Each of these narrative tales result in the recruitment of a new family member as a playable class. Each character plays differently based on their personality and stature in the family. Kevin, the young knife wielding assassin, can dodge often but does less damage than his older relatives. Some characters, such as Lucy the pyromancer or Linda the bard, do ranged damage while John the Warrior is focused on close quarters. While it’d feel easy to find a character/class you’ve comfortable with and stick with them, Children of Morta rewards experimentation. Each individual character has a level which will increase as they gain experience in the dungeons. Which levelling up grants new and better abilities for the individual characters, they also grant buffs and better stats for the rest of the family too.

Enough about the systems though. How’s the action? Well, Children of Morta employs a tried and tested top down twin-stick system which isn’t ground breaking but does everything it needs too. Each dungeon is filled with its own brand of beasties to fight with bosses waiting at the end. Each run at the dungeon, whether it’s minutes or (however unlikely) hours, will grant you XP for your character as well as gold that you can pick up. This gold can be spent at 2 locations at the Bergson homestead to give every character health, speed, stamina and other stat boosts or on new spells for your magic characters. These rogue-lite elements that carry over between runs, coupled with the ever progressing narrative, make deaths a small blip on the road.

The dungeons, each with their own thematic feel, are procedurally generated. You’ve probably read the statement “Never play the same level twice” as a pitch for this type of content generation so many times that it has lost all semblance of meaning and, with Children of Morta, the environments themselves will feel samey within in a few runs at each dungeon. The content these levels contain though feels vast and varied. Runes and powers can be collected and last until you die and there feels like there are tonnes to discover. Memory puzzles or mini-bosses are optional challenges with optional rewards, some of which carry on after you die and some that add a new narrative element. This game might be procedurally generated but unlike so many other games, this isn’t to cover up a lack of content. Here, it’s a way to make it feel truly varied and massively replayable.

Then there’s how Children of Morta looks which is quite simply sublime. When I describe it as “pixel art”, it probably conjures thoughts of any number of perfectly acceptable games that lean into a retro art style. As you can see from the screenshots, Children of Morta doesn’t look anything like them. Sure, when the game zooms in, you can see the pixel build-up of each character, the environment etc, but when it’s in motion and in its naturally zoomed out state, it looks nothing like the games that you’re probably imagining. It looks more like a classical watercolour painting than pixel art at time and it’s frankly breath-taking.

There’s no shortage of top down, pixel art, fantasy roguelike’s out there vying for your attention and many of them are enjoyable. It’s a genre I’ve spent far too much time with over the past few years so the thought of playing another was daunting when I first got my hands on Children of Morta. The thought of re-treading the same ground for hours, something of a staple for this genre, had put me off. I couldn’t have been more wrong about this game though. It’s visuals, narrative originality, the vast array of content and the sheer amount of polish that’s on display here has shown me that Dead Mage and 11 Bit Studios have created the roguelike to end all roguelikes, combining the best of the genre in a package which feels familiar yet refreshingly fast moving.

Children of Morta is excellent.

Children of Morta is available now on PS4 (review platform), Xbox One, PC and Switch.