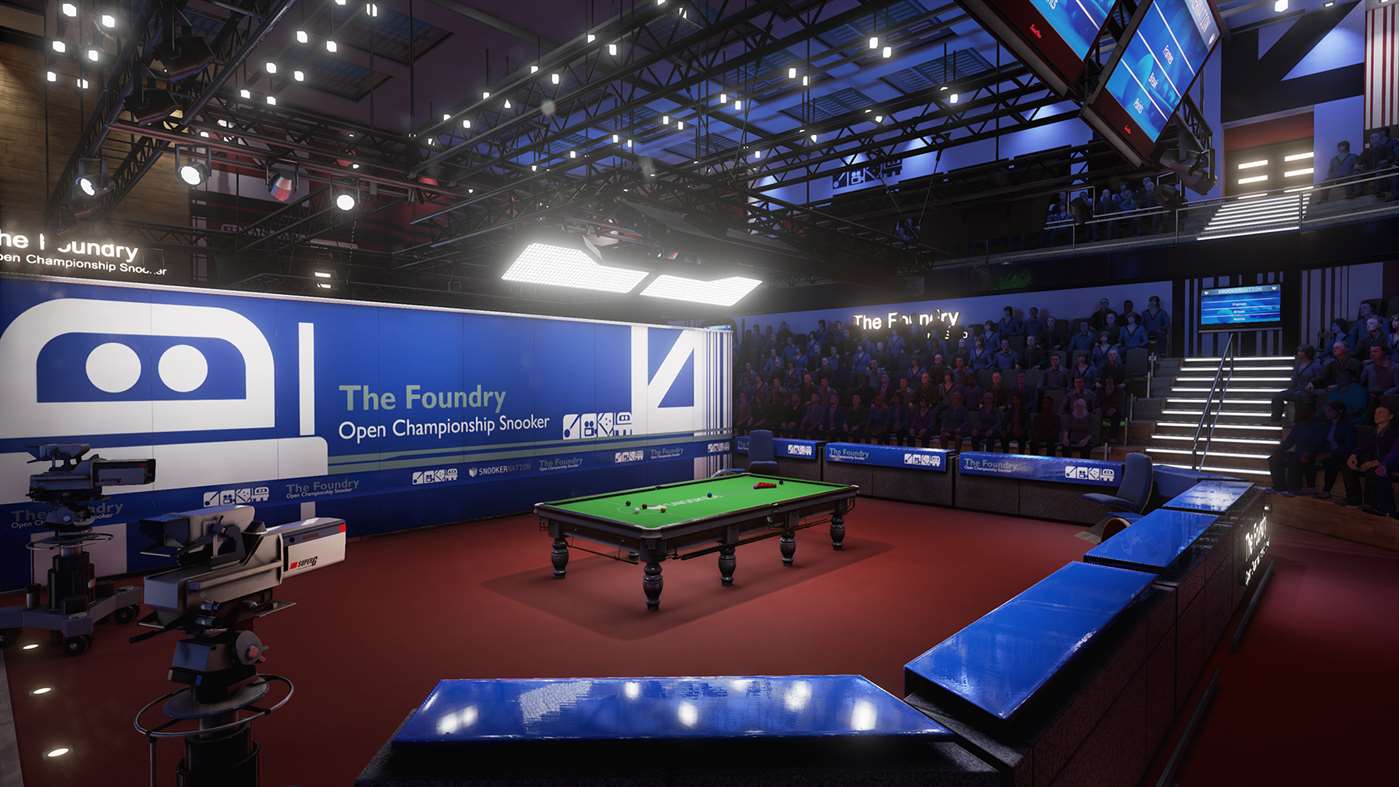 It's not a hard task to make snooker look less exciting than it is, but Snooker Nation has done it. The Finger Guns Review;

It’s not a hard task to make snooker look less exciting than it is, but Snooker Nation has done it. The Finger Guns Review;

I’m just going to start this review with a disclaimer of relative absurdity…a bit like Ubisoft do:

“The author of this review doesn’t dislike snooker as a game or mean to insult those that play it, regardless of race, creed or otherwise. It’s just that it’s a bad game about snooker.”

Okay, that’s that out of the way.

As you may have garnered from that, Snooker Nation Championship 2019 isn’t actually very good, and considering Snooker 19 came out not long before it, it goes to show that there’s even a competitive market for snooker games right now.

What makes Snooker Nation bad though, is not the core concept of the game, it’s the complete lack of any heart in the presentation. User interface and menus are a confusing mix of dual thumbstick navigation: using left to highlight and swiping the right to select an option is an odd choice of inputs, for example. Or having to use the L1/R1 to change both top tabs and smaller options within those tabs makes for a bit of confusion too.

There’s also the complete lack of heart into you or your profile. You have a black silhouette as your profile picture. The more savvy of you might be thinking, “Ah, perhaps I can use an avatar or pick from a predetermined selection of faces/icons”. Sadly not, as you are stuck as Blanky McNoface the entire length of your career.

You can unlock various designs of cue, and even celebratory fireworks for winning (which is weird, considering you play indoors) by way of arbitrary experience/levelling system. But weirdly, the cost of some of these celebrations is insane, considering the monetary rewards for finishing a championship are paltry. It smacks of inclusion just for the sake of cosmetic filler, with little other purpose.

However, one of the best and primary uses of cash/xp is being able to buy more aim assists. The standard one is a short aiming line of projection, with upgrades allowing longer lines for that precision/comfort of taking longer shots. But don’t take this as genuine praise, given that the camera doesn’t let you pan out far enough to get a decent table view before your shot. So it’s more of a necessity that you have to grind for, rather than a progression reward.

As far as gameplay goes, I can’t fault it on delivering on its core concept. There may not be as much ball polish as its big budget competition, but Snooker Nation does present a shiny and fully realised snooker game. You can definitely tell it’s more of an intended “arcade title”, given the lack of additional content and all.

It does have one genius feature to its aim and shoot system, though: being able to lock your shot power and releasing the right stick. This means that you can line your shot up, select the power that you want and release to adjust if needs be. Then, when you’re ready, just tapping the right stick up will take the shot at the power you’ve saved it at, meaning you don’t run the risk of accidentally hoofing it up the table.

It’s a neat little feature, and when combined with a decent aim assist it really shines through as a core feature of gameplay. It’s just a shame the camera doesn’t let you pan out far enough to really gauge an accurate shot, instead having to rely more on an unlockable aid.

Otherwise…there isn’t really much more I can recommend about Snooker Nation. Local and online multiplayer offer up exactly what they say on the tin. Unfortunately, at time of review I could never actually get an online match. It either presents all the private lobbies, for some reason, or the open ones won’t connect because everyone’s trying to get in at once.

Local-wise, you can play either a friend or the AI outside of a championship, in as many as one to twenty five frames.

As for extra content, there really doesn’t seem to be much else. There’s a skill centre option on the main menu, but that is entirely misleading. Instead of being, say, a means to practice your back spins and curve shots, it is quite literally an eight page interface telling you how to play the game. Why this couldn’t have been an “How to Play” option and made the skill centre a real thing is anyone’s guess, but I’m wondering if someone misread the instructions.

Besides the standard game of snooker, there’s a Snooker Plus option, which adds two new colour balls just…because? It comes across as a weird afterthought to bulk the came out after you realise the core concept is just snooker championships against other faceless names.

Hell, even the announcer/score keeper doesn’t sound like he wants to be there, as he monosyllabically rolls off the accumulated points each go.

To wrap this up, then, I don’t really know who to recommend Snooker Nation to: if you’re after an arcade-y, uninspired take on the snooker world, then you’d be better off paying the extra for Snooker 19.

If you are a snooker enthusiast, chances are you’re already going to have your sights set on the much better fleshed out simulation available.

Snooker Nation would only come as a recommendation if you’ve got a fiver spare, but even then, there’s better pool games on the market that offer much more fun than a bare bones snooker game.

Still, if you can get a 147 one this, I’d love to hear the announcer’s voice. He might actually cheer up.

Snooker Nation is available now on PS4 and Xbox One

In order to complete this review, we were provided with a review code from the publisher. For our full review policy please go here.