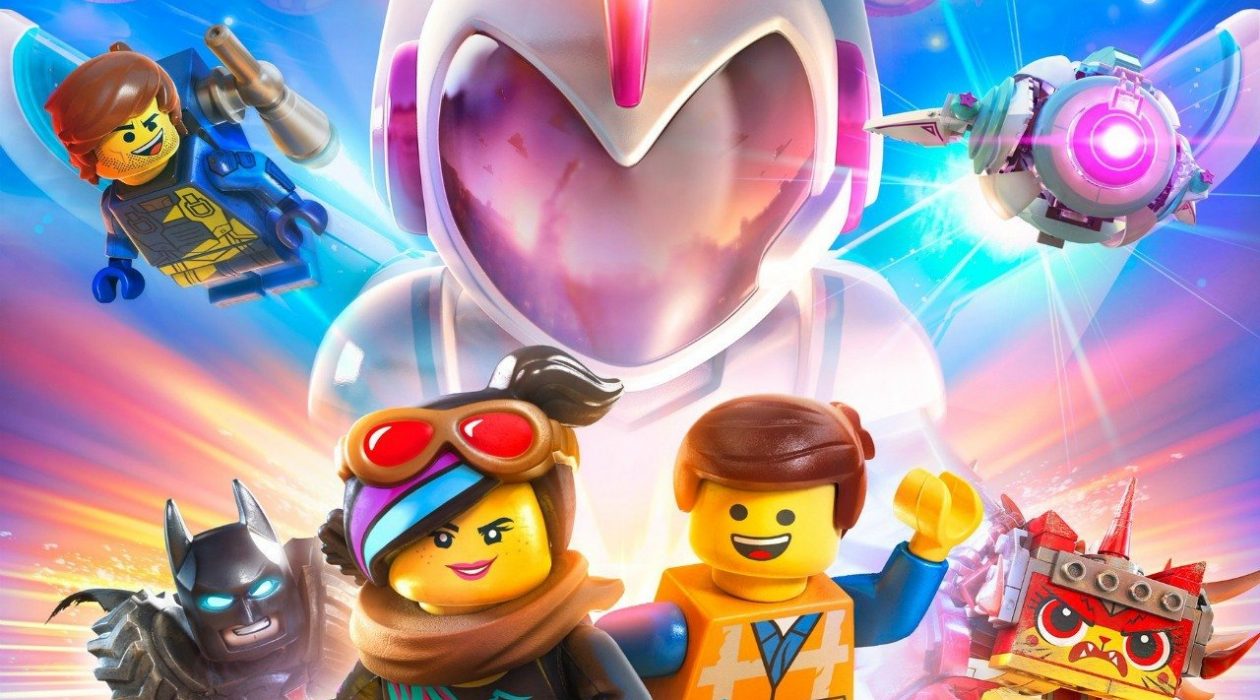 While it rings in a host of changes to the LEGO Game Formula, The LEGO Movie 2 Videogame loses much of the trademark charm in the process. The Finger Guns review.

While it rings in a host of changes to the LEGO Game Formula, The LEGO Movie 2 Videogame loses much of the trademark charm in the process. The Finger Guns review.

“But they’re all the same.”

It’s a criticism I’ve seen levelled at the LEGO game series for a number of years now and one that most diehard fans of the games will tell you is false. For those who really dig into the game, the small but integral quality of life improvements are plain to see – such as the ability to have 2 active quests at the same time when playing in co-op or the overhauled and extensive character creation system. With The LEGO Movie 2 Videogame however, TT Games have brought in a whole host of changes to the core formula they’ve used since 2005 for better and, more often, for worse.

As you might expect, The LEGO Movie 2 Videogame follows the plot of its big screen cousin but unlike the first game, it’s a very loose adaption. Told through rare cut scenes, voice overs and conversations with NPC’s, you set off on an adventure as Emmet and W̶y̶l̶d̶s̶t̶y̶l̶e̶ Lucy to rescue the inhabitants of post-Duplo-invasion Apocalypseburg who’ve been kidnapped and taken to the Systar system by a strange alien force. Along the way you meet new friends, new enemies and travel to a whole host of new planets, some of which don’t feature in the movie but are a nice bonus for those that play the game. The LEGO Movie 2 Videogame is very careful not to tread on the toes of the movie and doesn’t feature any of the footage from the film, opting instead to use voice actors who sound a lot like their big screen counterparts to tell the story their way. It skips a number of essential plot beats, leaving them unexplored and because of this, The LEGO Movie 2 Videogame might feel shallow to those that haven’t seen the movie already as it acts more as a companion than a direct replication as a video game.

As for structure, The LEGO Movie 2 Videogame resembles LEGO Worlds more than it does any other game in the series. Each level is one giant hub made entirely of LEGO (there’s no realistic backgrounds here) in which you must collect enough purple floating Master Bricks to unlock the exit portal to another level. To do so, you follow waypoints around the map and participate in quests like defeating a number of Systar aliens, fetch quests, photography missions and races. There’s very little variation in the missions in this game but the framing around them does just enough to keep the feeling of repetition from setting in.

Another vast departure of the tried and tested formula is the lack of character based abilities. In almost every LEGO game to date, the character you’re playing as determined what you could actually do with them. In LEGO Harry Potter, only Harry and his invisibility cloak could pass certain points unseen. In LEGO Batman, only Superman or other characters with heat abilities can cut red/gold shaped bricks. In The LEGO Movie 2 Videogame though, all abilities are tied to tools and actual LEGO builds which are unlocked as your progress through the game.

For example, some sections of the game are too high to jump to. To pass these sections, you can build a jump pad from some pink and black LEGO bricks (so long as you’ve collected enough of them) to propel you up to them. Other sections have machinery that lacks power. In order to get them going, you can build a generator from blue and white bricks. You can build these and any other item at any time, no longer requiring a dancing pile of LEGO bricks to prompt you into doing so. As you progress, more tools are granted to you like Rex Dangervest’s gloves which can punch a tunnel through certain types of LEGO terrain or Benny’s cutting torch which allows you to carve into certain structures and get them moving again. Each and every character you unlock can use every single tool and build type, allowing you to freely use any of the Minifig “skins” you please at any time because they all have the same base abilities. This does however, remove a vast amount of the charm and charisma of using specific characters. The Flash moving as fast as every other character and Superman being unable to fly does dissolve any illusion of each character being special.

Most of these characters are also locked behind a ‘relic’ system that replaces all other collectables like Red Bricks, Gold Bricks and Mini Kits. As you play, you’ll see these relics dropped from defeated enemies or released by glowing chests that litter each level. There’s 3 different types of base relic – Item, Character and Construction – which can be unlocked at a store (of which there is one in every level) once they’ve been collected and will grant you a random unlockable skin, vehicle, building or item to use like non-essential weaponry. There’s also 2 special types of relic – Red, which unlocks items with special abilities and gold, which will give you 3 items that you don’t already have. The red items replace the red block cheat’s in The LEGO Movie 2 Videogame to allow you to do things like see the location of Master Bricks on screen or construct things without having to spend any resources. There’s a real “loot crate” feel to these relics, despite there being no way to purchase them within the game. It’s akin to opening a blind bag or mystery box but in a virtual LEGO space and while there’s no harm in that, the relative uselessness of these items (outside of the red items) begs the question as to why this system was included at all.

There is some positive innovation in The LEGO Movie 2 Videogame too, specifically around combat. One of the criticisms levelled at the LEGO series is that the combat is one dimensional and devolves into button mashing. In this title, the introduction of Duplo alien foes really spices things up. For example, some of the Duplo aliens you fight can’t be hurt with a head on attack. Chunky aliens need to be flipped over by ground pounding near them to expose a vulnerable underbelly. Alternatively, there’s another enemy type that has a target area on their back but constantly keeps their front facing towards you until they charge, at which point you’re given a short window to attack their back. Along with battling typical mini-fig foes made famous in both LEGO movies, these Duplo enemies really help add some variety.

Unfortunately, there’s some technical issues with The LEGO Movie 2 Videogame that undermine the experience at times. When played in split screen co-op, the frame rate can take a real nose dive when the screen gets busy. My horde of children have all spent hours playing with this game together and despite the fact that frame rate isn’t ever a consideration for them (they’re too busy actually enjoying the game’s to bother counting pixels) they’ve turned to me a number of times and asked “Why is the game glitching?”. If my 6 year old can notice frame rate slow down, it’s likely anyone will. Elsewhere, fetch quest items contained within destructible LEGO builds sometimes appear a long way away from where you’d expect them to be (sic. Where you’ve just destroyed something) and we’ve gotten stuck inside a wall twice. Lastly, the quest directions are sometimes far too obtuse for younger gamers. Some quest givers will only speak to you when you’re playing as a particular mini-fig character and that’s not adequately explained, simply represented as an X through an image of Lucy.

The LEGO Movie 2 Videogame’s saving grace is the building level. Taking almost everything good from LEGO Worlds and distilling it into a neighbourhood building level, here you’re able to construct a hodgepodge city from your collected Construction builds. The Batcave, The Statue of Liberty, a Bazaar, a Middle Zealand tavern, a Zoo, a police station and a tonne of other buildings can be placed here, many of which come with their own little quest to complete.

That’s the crux of The LEGO Movie 2 Videogame. It is little more than a curated version of LEGO Worlds with the procedural generation removed and quests strung together to form a semi-coherent path through the loose beats of the movie plot. While this does divorce itself from the formula that TT Games have used for 14 years, delivering on the change that many have called for for years, it’s sorely lacking in the kind of whimsical charm, comedy, quest variety and purposeful design that the series has become famous for. Building and exploring your own LEGO town, while enjoyable, doesn’t come close to replicating those elements.

The LEGO Movie 2 Videogame is available now on Xbox One, PS4 (reviewed on base console), PC and Nintendo Switch.

Disclaimer: In order to complete this review were purchased a copy of the game. For our full review policy please go here.

If you enjoyed this article or any more of our content please consider supporting our Patreon.