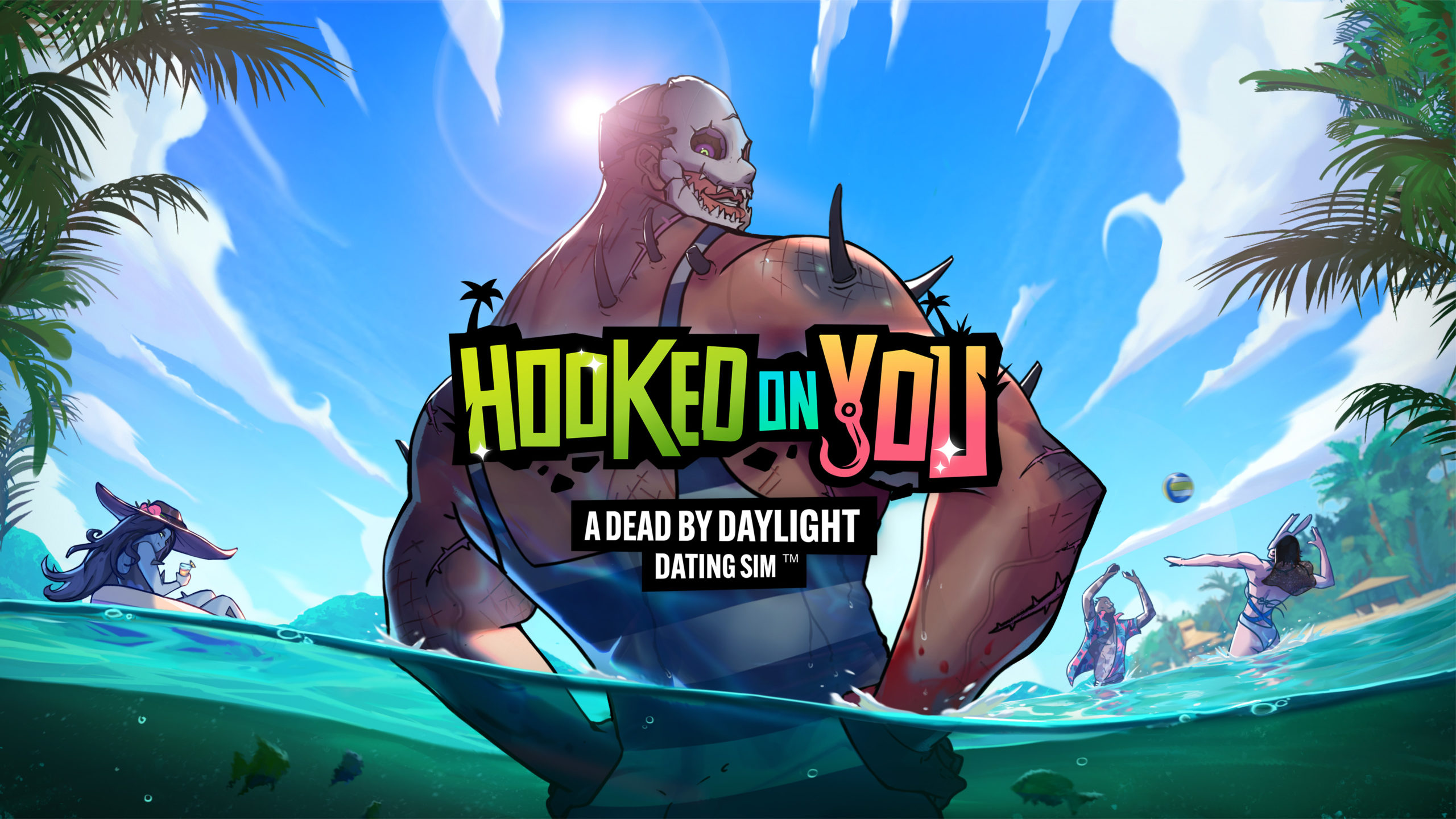 The Dead by Daylight dating simulator exists and has a release window. Wild.

Dead by Daylight is an asymmetrical survivor horror game where players can either assume the role of the Killer or try and escape the Killer by assuming the role of Survivor either solo or among friends. It was only last year that we saw potential leaks of a dating sim being linked to the franchise. Yes – you heard right, A Dating Sim…linked to a Horror game. I don’t think I am alone when I say I shrugged this news off to be absolute codswallop.

Well, it is very safe to say I have egg on my face. It’s here! (Nearly). Announced May 17th during their special celebration 6th anniversary stream, ‘Hooked on You: A Dead by Daylight Dating Sim’ has been confirmed. Additionally to the announcement, mere weeks later it is now available to wish list on Steam right now. This all-inclusive singles-only getaway comes complete with the chance to mingle with four of the Killers from the series. If you’ve ever looked at the Huntress and thought “Dya think she is a nuggies and chips gal? or a walk on the beach lady?” You are in luck.

The four killers included on this quest to get hooked on love are:

Meet The Trapper. Players of the game will know this fella is the OG to the series. His special to ‘kill’ includes placing traps on the ground and hoping to get you in his grasp to sacrifice you to the entity. Put in the work to find the trapdoor to his heart and you’ll quickly learn why he’s worth snaring.

Ahh the Huntress, her enchanting lullaby, followed up with an axe to the face. How endearing right? Play your cards right with this siren and she might just throw her axe to catch you dinner instead.

Not much to say about the Wraith, he rings a bell to go invisible, so will he be hot enough to ring your bell. (Yeah I felt about as weird and creeped out writing that as you did reading it, but it has got you intrigued right?)

The Spirit doesn’t mess around, she’s a literal ghost with a Katana. There is a fish in the sea for everyone isn’t there? Well on this loved up island, there are dead fish too.

The ticket to Murderer’s Island has no official release date just yet, but along with wishlisting, you can check out the trailer below:

Tags: Behaviour Interactive Hooked on You: A Dead by Daylight Dating Sim Psyop