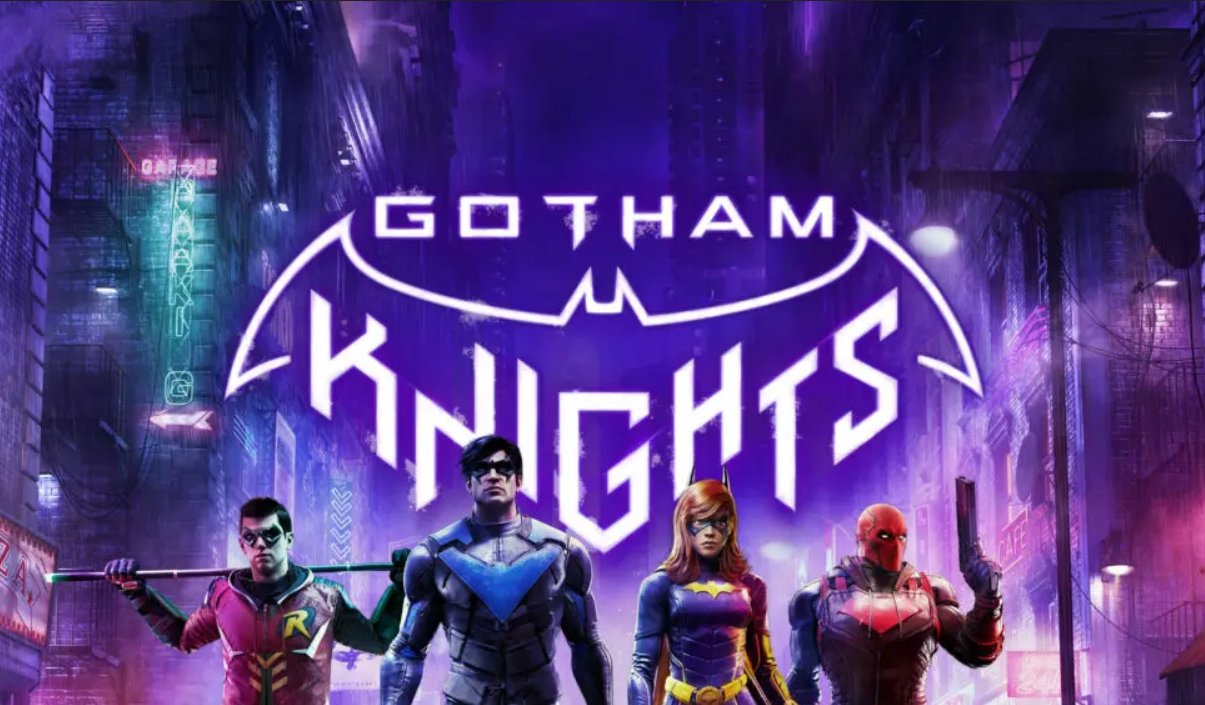 Batman is dead! Gotham is defenseless against the machinations of organized crime and the court of Owls. Into this void must rise the Bat-Family; Red Hood, Nightwing, Batgirl and Robin, a new guard for a new post-Batman Gotham. Makes you feel all tingly, right? Just me?

It’s always nice to get a few more details on Warner Bros’ upcoming open-world, third-person action game, and today has been full of them. So let’s take each in turn.

First up it’s new gameplay footage of Nightwing and Red Hood. Check it out below. There’s vehicle combat with the Batcycle, which is useable by all characters, and plenty of new moves and gadgets demonstrated for both heroes. The 13-minute narrated gameplay video shows off the Belfry mission hub, outfits and loot, and a good-sized chunk of both stealth and action.

The end of the video reveals a Collector’s Edition complete with augmented reality collectable pin, 16-page media book, exclusive Gotham City map, four-character statue diorama and Visionary Pack DLC with exclusive gear, cosmetics and Beyond Suitstyle character skins inspired by the Batman Beyond animated series, for those with more green to splash on release day. You also get the Visionary packs and skins in the Deluxe Edition. Plus pre-orders are open, right about…now! Pre-order and get a Batcycle skin called 233 Kustom, based on the vehicle’s first appearance in DC’s Detective Comics #233, which I’ll admit is pretty nice.

We also learned that Gotham Knights will now be exclusively current-gen – ‘to provide players with the best possible gameplay experience, the game will release on PlayStation 5, Xbox Series X|S and PC and will not be available for PlayStation 4 or Xbox One consoles.’ Good job consoles seem to actually be appearing in stores for the first time.

Finally, it was confirmed that Gotham Knights will feature 2 player co-op, but not 4 player co-op as had been rumored for a couple of days due to an update of the PlayStation store. Bad luck if you’ve got more than one friend.