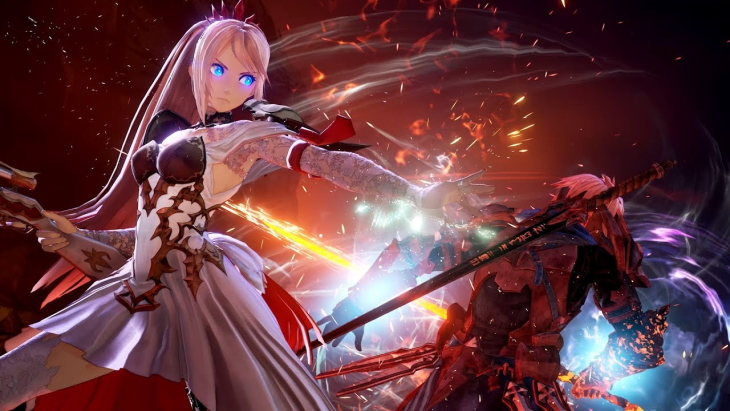 A gameplay summary trailer has landed for Tales of Arise, ahead of its full release on September 10th for PS4, PS5, Xbox One, Xbox Series S|X and PC.

Safe to say the anticipation has been slowly building ever since the release date was revealed, and our own Toby has been chomping at the bit to get his hands on the full game.

Two planets visible in each other’s skies, two civilisations colliding in war and political upheaval, and two heroes, Shionne and Alphen, who must forge a path to peace. One world Rena is far more technologically advanced than the other, Dahna, and treats it’s people as slaves.

Every Tales game gives it’s battle system a new name, and with the Linear Motion Battle System, the much-beloved Tales combat is back.

We’ve got a ton of coverage on the game on this site so if you want to catch up with hit all follow the link right here.

The latest gameplay summary is below;