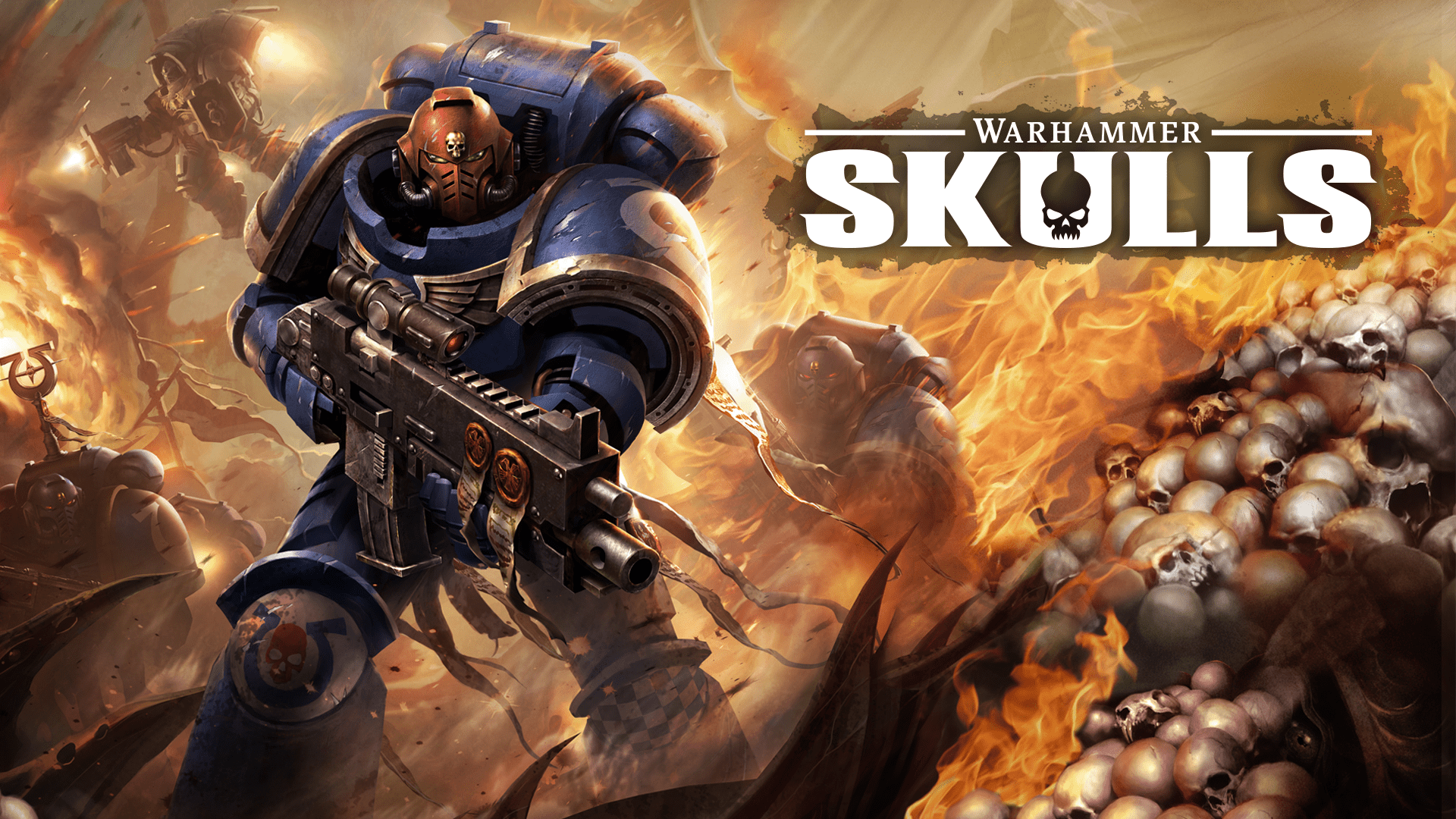 The event previously known as Warhammer Skulls For The Skull Throne will kick off with a live stream set to deliver brand new title announcements and updates to long standing fan favourite games.

The event previously known as Warhammer Skulls For The Skull Throne will kick off with a live stream set to deliver brand new title announcements and updates to long standing fan favourite games.

Long time Games Workshop fans will remember the annual Warhammer “Skulls For The Skull Throne” event. For the past 4 years, it has been a period when Khorne’s influence overtakes games developers and they they pack their games with skull-themed content for us to enjoy. It’s like a celebration of all things Games Workshop and Warhammer in the video game space. Last year, for example, Aeronautica Imperialis: Flight Command received Stygian Skulls content and Warhammer Underworlds: Online had timed Khorne themed arena battles.

Warhammer/Games Workshop have today announced, alongside their game publishing/developing partners, that the 2021 event is going to be slightly different. First up, the event has been renamed. It’ll simply be called ‘Warhammer Skulls‘ from now on.

Then there’s the big news – Warhammer Skulls will kick off with a live streamed event on the Warhammer Twitch channel this year. It’ll take place on June 3rd, 6pm BST 2021. The showcase will encompass all things Warhammer and will include world premieres, reveals and announcements. News is expected from Fatshark, Nacon, Slitherine and more. There will also be updates to fan favourites, access to event only free-to-keep titles as well as the reveal of week long offers across a number of store fronts.

For the first time in its history, the Warhammer Skulls event will take place across a number of store fronts, including Steam, Xbox, Windows 10, Oculus and GOG, and with support for Warhammer games also on Nintendo Switch and Mobile platform. Fans of Warhammer titles will want to check their preferred storefront for new games, DLC, exclusive deals, free updates and downloads, while being able to pre-order new titles announced on the night.

“We’re extremely proud that Skulls is now in its fifth year and growing. We’re especially excited about launching on additional platforms and reaching as many gamers as possible. There are so many exciting announcements we can’t wait to see the reaction from existing fans as well as bringing new fans to the IP.”

Make sure to follow Warhammer on Twitch and click that bell button to get a notification when they go live. You can join in with the Warhammer Skulls conversation on social media using the #WarhammerSkulls hashtag.

Our take: Warhammer Skulls makes all of the sense in the world, especially housing all of the announcements in one streaming event. There’s a massive variety of Warhammer/Games Workshop games available right now or on the horizon – Blood Bowl 3 and Warhammer 40K Darktide to name a few – and to bring all of that together in one event will give the IPs much needed focus.

The Finger Guns Podcast Ep. 170 - Is It Too Late for Cyberpunk 2077?
'My Friend Peppa Pig' Headed To PC & Consoles This October
Vampire: The Masquerade - Swansong Review (PS5) - It Sucks