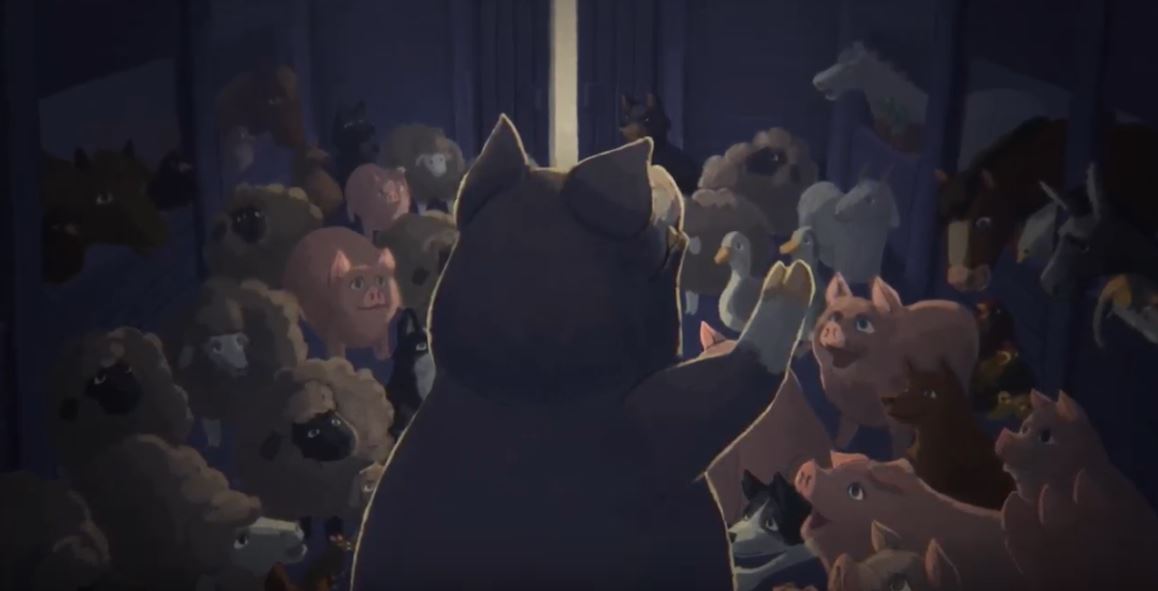 Orwell's Animal Farm - the video game of the book that you read in school has a release date - and its an ambitious one.

Ever wanted to play your way through the story that most of us were forced to read at school? Hey, I know you didn’t want to read it then, but anyone who’s come to it as an adult will tell you how good it actually is. Well anyway, now you can! ‘A narrative choice-based adventure game that puts the player at the centre of an allegorical animal revolution,’ is how it’s pitched by Nerial, the developers. Players choose which characters (presumably Snowball or Napoleon) that they wish to throw their support behind and who gets left behind.

It also seems to be something of a management game, with the need to tend to resources and defence on the farm, and to keep your animal brethren happy. Assign tasks, upgrade buildings, choose laws, and create propaganda. Sounds perfectly totalitarian.

The game comes to Steam and mobiles on 10th December 2020 and is narrated by Abubaker Salim who did the voice of Bayek in Assassin’s Creed Origins. That’s the 10th December folks, the same day as Cyberpunk 2077!

Now we aren’t saying that’s foolhardy, but bigger games than this have left the 10th of December well alone now that Cyberpunk has chosen that date. Clearly all games are created equal, but maybe some are more equal than others…