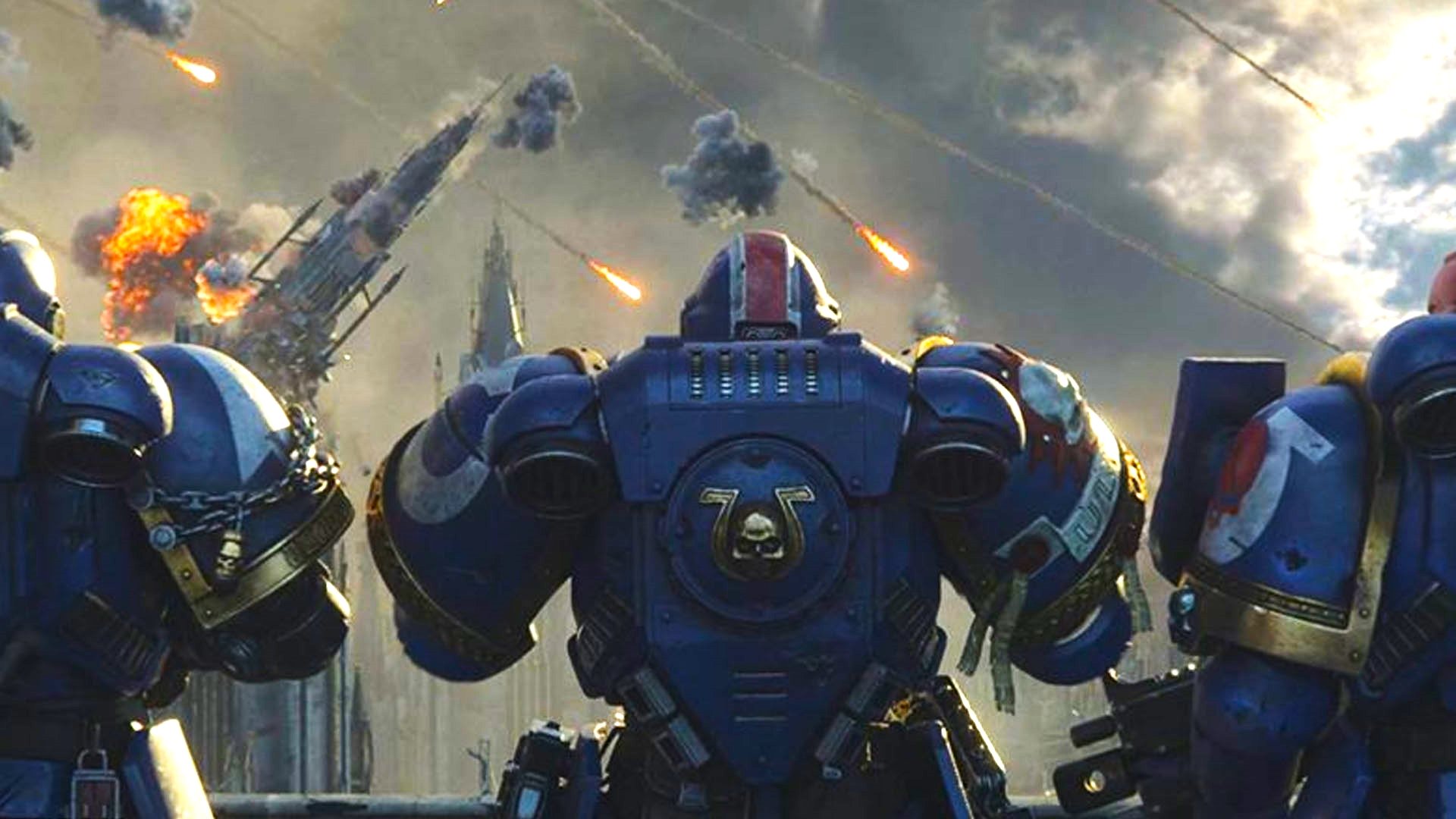 The Ultramarines are back, kicking ass on a new planet against an alien aggressor. Not sure what to expect? Here's what we know so far about Warhammer 40,000: Space Marine 2:

It’s finally coming! It’s been a very long time, but Warhammer 40,000: Space Marine 2 is on its way. No set release yet, other than just 2023, here’s the latest trailer we were shown at The Game Awards:

The news that the 2011 action-shooter Space Marine was getting a sequel was the biggest surprise of The Game Awards 2021, to say the least. Captain Titus’ debut didn’t break sales records, nor land insanely high critical review scores. It passed many by, but to those devout enough, it was a blast.

But what is going on in Space Marine 2? Does it pick up where we were left hanging, or is it an entirely new chapter in the Space Marine Codex? Let’s have a look at what we know so far, and beware spoilers for the first game:

Captain Titus, originally voiced by actor Mark Strong (of Rock’n’Rolla fame), was the protagonist in the first game. An Ultramarine of the 2nd Chapter, Titus and his two comrades led the charge against the Ork invasion of the Forge World Graia.

Despite beating the Chaos Lord Nemeroth, the driving force behind the invasion, Titus is “betrayed” as such by his Battle Brother Leandros for displaying an immunity to the Warp (the driving power behind Chaos). The end of the first game sees Titus under custody of an Inquisitor, to determine if Titus is corrupted or something worse.

Fortunately for him, and us, the trailer marks his return, presumably cleared of any wrongdoing in the Inquisition’s eyes. Sadly, Mark Strong isn’t returning to the role, and Titus’ ordeal sees him busted down to the rank of lieutenant.

Tyranids Are The Primary Antagonists

The first game pulled a switcheroo on us, initially throwing an Ork invasion as the primary goal for the Ultramarines. However, it became apparent that this was the string-pulling of the aforementioned Nemeroth, a diversion for them to attempt to harness the Warp energy.

This time around, it’s the Warhammer universe’s take on the Alien franchise’s… err, alien. A hive-like creature, Tyranids attack in swarms and colonise planets en masse. Echoing old school Space Hulk sentiments, will there be a secondary antagonist this time around, or something bigger at play? With Saber’s skill at World War Z, it’ll be interesting to see hordes of Tyranids on screen at once.

It Retains That Shooter/Melee Blend

Whilst most third/person shooters treat melee combat as a secondary attack, Space Marine was different. It blended the two seamlessly, being able to get into the thick of it with a chainsword before switching to a Bolter on the fly.

Space Marine 2 looks to retain that gameplay. The trailer shows the lieutenant getting stuck right into the fray, cleaving aliens and landing headshots as if it were nothing. Well, he’s had a whole game prior and years of intense, superhuman training to get good at that kind of thing.

I’m just going to come right out and say it: Space Marine 2 looks beautiful. Granted, I thought the first one looked good, so it could only have gone upwards from there. And by the looks of it, it has. Yes, we shouldn’t take early footage as sacrosanct, but I have faith in Saber delivering (in keeping with the Space Marine religion theme).

The caveat appears to be that so far, it’s only listed for PlayStation 5, Xbox Series S|X and, of course, PC. No listings for PS4, Xbox One or even the Nintendo Switch. It may be ported one day, but nowadays we have to accept that those older generational ports will begin to be phased out as games develop for the better.

For you lovers of physical media (myself included), there’s a downright swanky looking collector’s edition coming. Featuring a rather large centrepiece in statue form, it shows our favourite lieutenant doing what he does best against a Tyranid unlucky enough to be caught.

The set comes with the 8″ statue, a 64-page making of book, a decorative box to house it all and a steelbook copy of the game on chosen format. For an eye-watering £229.99 on Focus’ site, it had better come with an actual disk in that box. We don’t want repeats of Horizon Forbidden West’s shenanigans.

…and that’s it. Details have been kept close to Focus Entertainment’s chest, offering little more than what was shown the other day. But it’s enough, at least in my eyes, to whet that appetite for more Space Marine action.

If you missed out the first time around, the anniversary edition of the first game is now available on Steam, or via the old fashioned means of PlayStation 3 or Xbox 360. You should, it’s a blast.