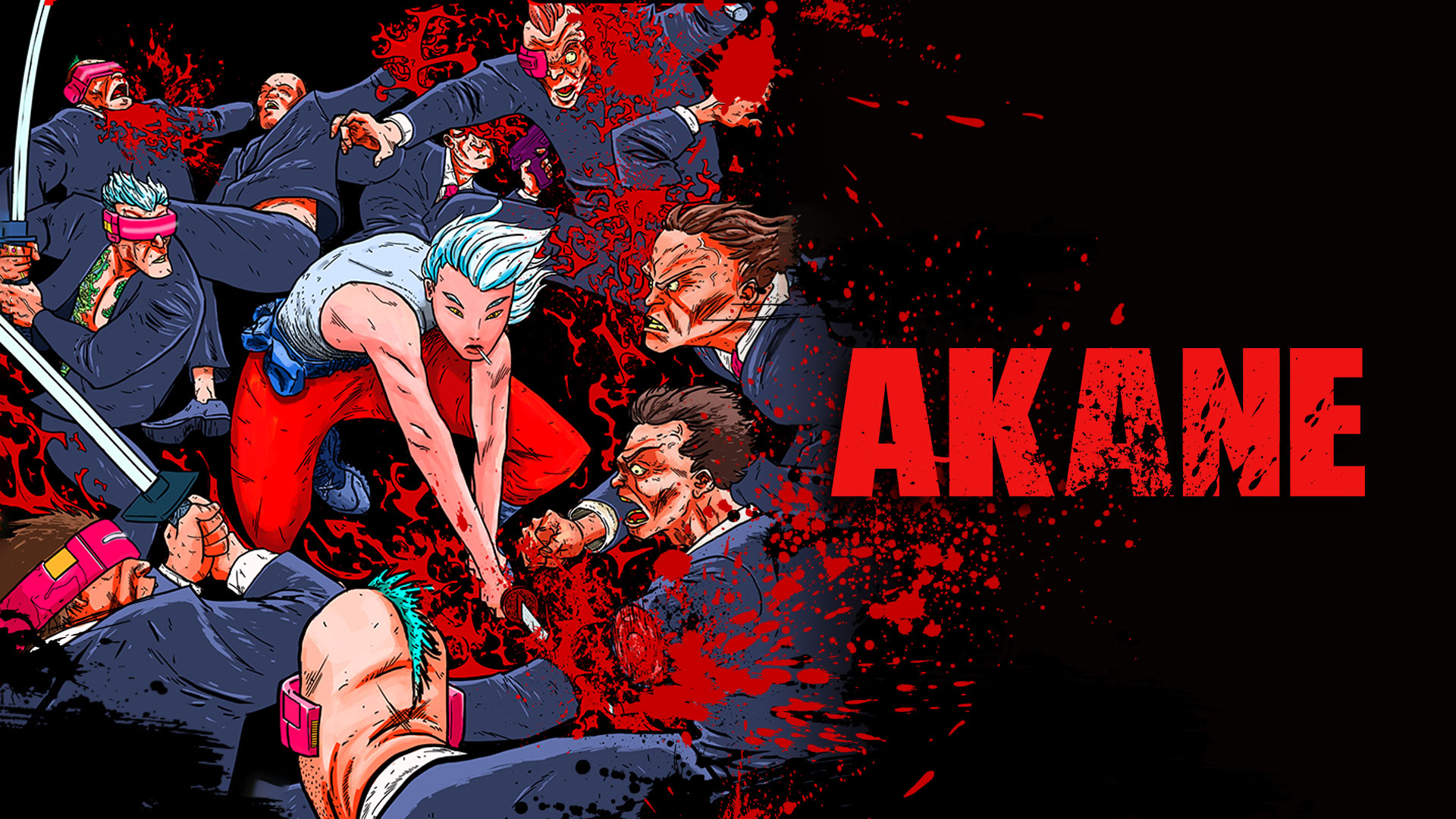 Akane is an arcade cyberpunk slasher releases on PS4 and Xbox One today. But does it survive the night? The Finger Guns Review:

Akane is an arcade cyberpunk slasher releases on PS4 and Xbox One today. But does it survive the night? The Finger Guns Review:

Akane was originally released in 2018 on PC (Steam). Since then it’s seen incremental improvements; leading to an overall release on PS4 and Xbox One. This is the debut from Ludic Studios, and whilst other games have come out from the studio, they’re fond of Akane – for good reason.

The studio’s website has a statement that they want to explore innovative gameplay with a focus on narrative. Akane has fleeting moments of the two; gameplay is less innovative but incredibly solid, whereas the narrative really isn’t there,  but let’s get into it.

The year is 2121 A.D. on the neon drenched streets of Mega Tokyo. You play as the titular Akane who’s under no false impression that she’ll die in battle tonight  – but how many will she take with her?

Outside of the tutorial – in a flashback – where you’ll meet master Ishikawa, alongside the boss of the arena, the story and set-up are almost non-existent. The premise of it being the last night of Akane’s life is a novel one. It also ties into the replayable nature of the game, as although there’s gameplay reasons to carry on – like the challenges – the notion of reliving her last moments and going down in style brings something so badass to the already cool presentation.

The story doesn’t do much, I can count three interactions in the whole game; including the final scene after beating the challenges. Thankfully, whilst the narrative leaves much to be desired, the gameplay is what’ll hook you.

Akane takes place in a single arena. Hordes of enemies will rush at you endlessly till you kill 100 – this is where the one boss appears to take you on. The gameplay is frenetic and relentless. You’re only equipped with a katana for close range and a gun for long respectively. Slashing enemies comes at the cost of your stamina – depleting it will leave you open for an enemy attack which will take you down in one hit.

The quick restart makes for an addictive loop; seeing your combo go up alongside the kill counter becomes an engaging experience that’s met with a “one more game” mindset. Parries and blocks further extend the skill ceiling, adding layers to your approach. Couple it with two special moves making use of the adrenaline bar that you accrue for good performance, results in an embracive flow of the game, making it tough as nails to play.

With the gameplay loop already proving a challenge, there’s also actual challenges for you to complete. These challenges could vary from maintaining a combo, to gaining a certain amount of boldness. All of them are tied to a part of Gear that you can equip; from a Katana, Gun, Gadgets, Boots and even a Pack of Cigarettes – all of which have their own buffs or gameplay changes. Fine-tuning your loadout helps you lean into your strengths when going for the ultimate run. The balancing of each piece of equipment becomes a tough decision on what to pick and experimenting is part of the fun.

The feel of the gameplay is solid, the controls are responsive making the break neck gameplay less frustrating. Aiming on the gun however, probably plays best on the PC as aiming quickly and directly at an enemy is a moment that could mean life or death, and I’ve definitely died missing a shot a good few times; but overall the aiming is a dead shot and is more of a player issue on me.

Although the game is limited to one arena, one boss (that levels up after every defeat) and only a handful of enemy types; I think it’s important to bring up the price point. Price may differ depending on your country but I’ve not seen it being more than £5.00 on its respective store fronts. The game puts out as much as you give into it and the price point reflects that. I personally can see myself coming back to this one often to beat my high score.

We don’t see much of Mega Tokyo, but the arena and art direction showcasing an 8bit pixel art style looks phenomenal. The saturated neon red, blues and purples flaunt the cyberpunk aesthetic that Ludic Studios are going for. Some of the arena – namely the bottom – does interfere with the gameplay as the Yakuza often blends with the mesh of the chain fence and you don’t see the enemy until it’s too late.

Other than that, it’s a vast open arena giving you plenty of room to slay your foe. The fauna dotted around creating blind spots lends itself to the gameplay and the overall aesthetic. It’s a shame there isn’t more to see, as the level designs and presentations are some of the slickest cyberpunk visuals in games.

The music is blood pumping, whether it draws influence from dubstep, trap or glitch, each track is like a shot of adrenaline straight to the chest. Though extended gameplay will guarantee you hearing the same song, as the track list isn’t long – each of them bring so much to the presentation of Akane.

Unfortunately, there’s a few potential bugs I’ve faced in my time, mainly in the form of the challenges. There’s been a couple of challenges which I’m certain I have completed a few times yet the game says otherwise. As well as a strange bug that granted me a trophy for unlocking all the guns despite only unlocking one. This could be the woes of porting your game to consoles but for a game that’s already a few years old at this point, I feel bugs like this shouldn’t be around.

There’s Nothing Sadder Than A Puppet Without A Ghost

For the price point and the content included, this is a great game that you could spend a long time with. Whether you play a couple of runs a day or go down a rabbit hole for hours to improve your high score, the gameplay is mechanically on point and aesthetically intense.

Akane’s break-neck pace and cyberpunk setting is not one to overlook. The lack of variety isn’t a huge issue when everything it presents is impeccable and you get as much as you put in with the game. The arcade elements make for an addictive game play loop that’ll keep you repeatedly fighting through the night.

Akane is out now on PlayStation 4 (review platform), Xbox One, Nintendo Switch and PC (Steam)