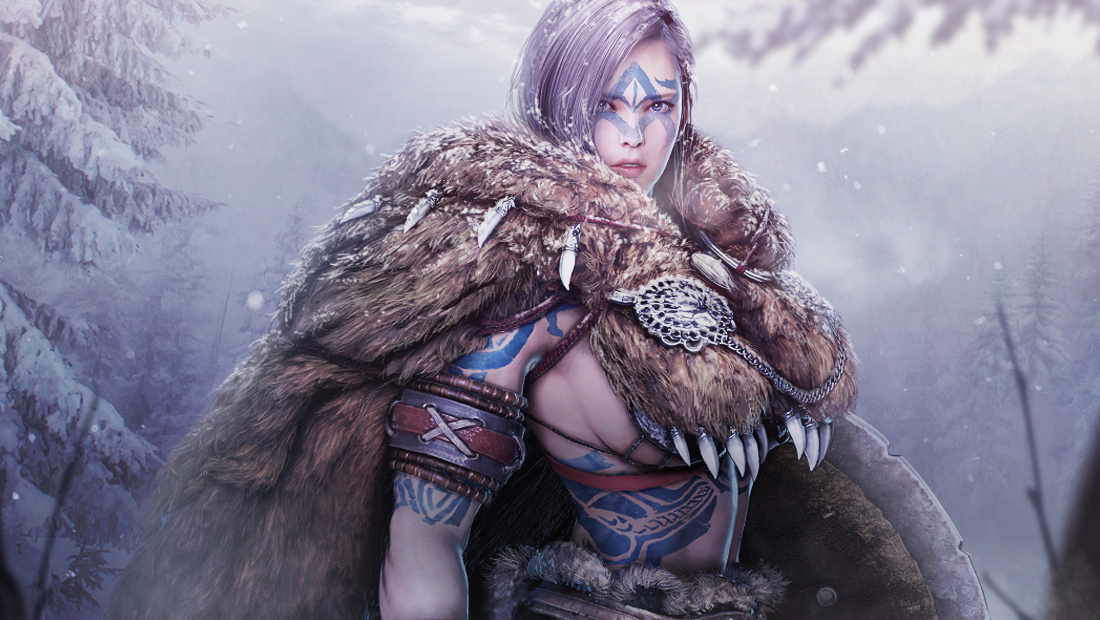 For an MMO, there’s something so utterly dull about how Black Desert chooses to divulge its secrets and surprises. From the outset and spending the best part of *two hours* exploring the various character design options – there are plenty, it’s rather overwhelming and perhaps the one major this game should be highly commended for -, Black Desert becomes perhaps one of the most expansive, enormous MMO’s we’ve ever played and yet it’s filled with nothing of any real substance.

There’s a reason why this review has taken so damn long to arrive and as a website we can only apologise. Reviewing this game and all of its caveats, turning over every single rock and learning all we could about a world so utterly enormous and a story that makes little sense to anyone became what feels like a second job.

But that’s what MMO’s are, isn’t it? If you’re willing to pick one up you probably already know what you’re getting yourself into. You can kick back and look at games such as WoW, LoL, The Elder Scrolls Online etc and understand that it’s going to take a significant portion of you life away and that’s part of the deal. Black Desert has been available to players on PC for over four years and has only recently made its way to consoles. There’s a lot to be said about MMO’s arriving on systems that aren’t particularly well suited for what this genre requires of you. It’s very dependent on how you like to play of course, but mouse and keyboard seems to be the way forward when choosing to play an MMO. The fact it’s even on consoles at all is surprising enough.

I say that because Black Desert runs about as well as Dr. Eggman in a half marathon. Over the weeks since release there have been incremental updates – a small bonus of reviewing later than most – and there’s certainly been improvements, but the entire technical side of the game feels like a rush job, which is disappointing.

Aside from the brilliant character creation, it does throw up the first big issue with a game like Black Desert appearing on console; there isn’t nearly enough buttons to offer the same experience as the original PC version. A good example that other reviews have mentioned is the camera. As a community a good majority of the games we play feature either a character creation or a character select screen. It’s here we can take a good look at our choices before heading out into the world we’re playing in and to do this it’s normally a quick tap of the right analogue stick which will turn your character around and that’s that. Black Desert has decided to forego this particularly straightforward mechanic and instead double down on its button configuration by adding in a camera rotation mode that is layered within the creator.The majority of the navigation in this mode requires multiple buttons and it makes little sense. If anything, it feels unnecessarily convoluted.

If you read this review and choose to jump into Black Desert you would have already certainly missed the game at its worst. Despite this, texture pop up is still an issue as this ever-expanding world attempts to catch up with itself whilst you’re exploring. There are small moments of freezing that remain, along with a frame rate which is about as stable as a dinosaur made out of jelly attempting to salute the Queen whilst standing on a bouncy castle in a thunderstorm. As mentioned above, it’s certainly far better than the utterly dreadful launch build.

What is solid as a rock, perhaps surprisingly, are the servers. Throughout my gargantuan playthrough there wasn’t a moment where I was disconnected or froze out of the game. Despite the PS4 Pro I’m reviewing the game on clearly struggling to keep up with a game of this size, at least I was always free to roam and crack on with missions without the fear of the game crapping out on me completely. Huzzah for stable servers, eh?

The standard MMO play is here present and correct. On the console edition, you have six alternative classes to choose from which all have various skills and power. I ran through my playthrough as a Warrior named Wickreeve (I had just watched the trilogy). Your protagonist is certainly well animated but look a tad generic.

And that, really, is the ultimate bugbear of Black Desert. It’s just generic, the absolute definition with so little imagination. An amalgamation of the greatest hits of the genre, combining to make something that’s just not as engaging as its counterparts. The story is barely there, working primarily as a tool to ease you from one dull adventure to another. It’s crammed with moments you’ll never remember once they’re done due to their rather uninspiring outcomes. Its saving grace is the monsters, where you’re tasked with ‘learning’ about various types of beasts in order to report back to an NPC who looks like he’s been stolen from Shenmue.

Of course, the missions ends up boiling down to nothing more than murdering them to death and returning with their insides, but their designs are at least interesting enough to make it somewhat exciting when you come across them. This is rather a common quest throughout Black Desert as you’re repeatedly ordered to keep returning and returning to areas in order to fill ‘quotas’. The back and forth becomes a real slog, thankfully there’s a variety of side quests and quick missions to stop you from going slightly mad.

This happened a fair bit to me, as the missions were becoming so utterly banal I had to explore to find more interesting layers to Black Desert and thankfully you can find yourself between main quests fishing, mining, breeding horses and much more including even rearranging your furniture in your home, which if anything just made me want to play Animal Crossing. Each of these ‘I-don’t-want-to-play-the-missions’ activities breathe a much-needed new life into the game, earning you XP and allows you to take a breath from travelling back and forth from the same places you’ve already been fifty times. These can be expanded upon by selling your household wares or the like to the other players in the game.

Yes, there are other players in this game. It’s an MMO, after all. You wouldn’t know it though, as you don’t see a single solitary real human being until you reach Level 50, and the sheer amount of time it takes to reach such a milestone is enough to make you believe that the ‘MMO’ aspect isn’t ever going to arrive. You can party up with friends if you want to, but the PVP mechanic is locked until that XP milestone is hit. I never got the chance to party up with anyone as nobody I knew had the game and playing with strangers sounds about as enticing as playing Black Desert for the story. But still, the option is there should you want it.

If you want to power through on your own though be aware the game doesn’t hold your hand. Like, at all. It’s not even next to you or anywhere near you because you probably talked smack about their mother once and now you’ve been told that the game isn’t allowed to talk to you. Regardless, it’s a bewildering decision, this as an MMO with layers upon layers of information to learn in order to get the best out of it. The aforementioned trading network is left purely for you to understand and whilst it’s not the most difficult aspect of the to get your head around, a quick nudge in the right direction would have been most helpful. The in-game shop where items are sold for real world actual moneys was the final straw. It’s not an uncommon sight in an MMO to be sure, but that every available product can be bought for free within the games marketplace tells you everything you need to know about its inclusion.

And yet. There’s something here. Black Desert is not a disaster, it’s just not very good. MMO fans have flocked to it on PC and rightly so. There is plenty in the world to be getting yourself on with, unfortunately all of the fun aspects are not directly tied to the story or the main missions. If you find yourself exploring away from them, you’ll find an experience that’s worthy of the MMO genre. You can always quit being a warrior and raise a farm? This option is available to you and you may get more out of the game if you avoid the primary quest-line.

The game was really designed for an audience who know their way around this genre like the back of their hand, and with the power inside their towers to ensure the game performs the way it was supposed to.

These console versions – at least the PS4 Pro Enhanced version I’ve been reviewing – have been heavily struggling under its mighty weight, and perhaps needed a little more optimisation before it launched out in the world of the sofa dwelling controller types.

Black Desert is available now on PC, PS4 (reviewed on PS4 Pro) and Xbox One.