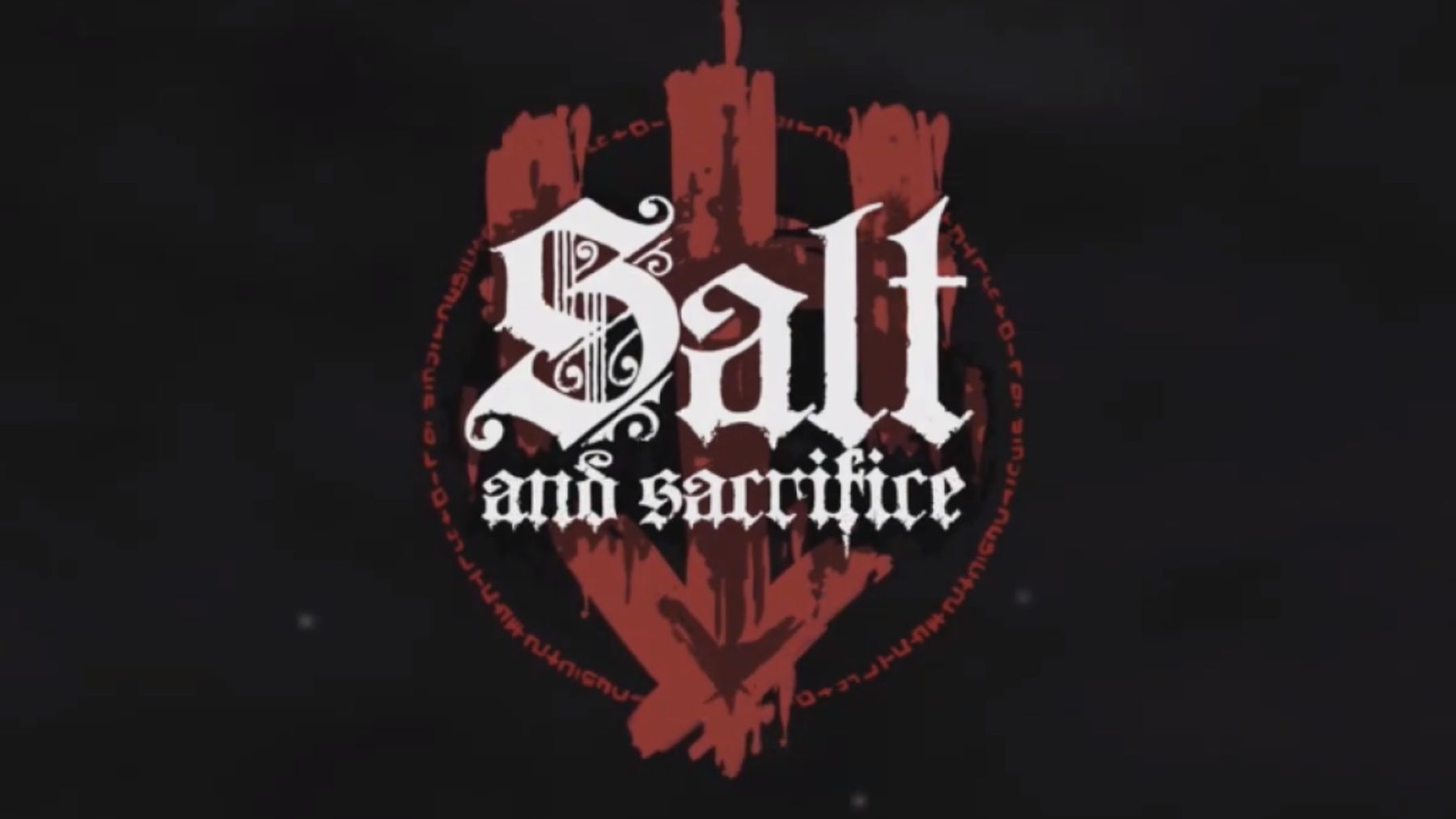 A punishing 2D Souls-like with plenty to explore, the Salt and Sacrifice beta certainly gives off a good first impression.

A punishing 2D Souls-like with plenty to explore, the Salt and Sacrifice beta certainly gives off a good first impression.

Salt and Sanctuary was very good, according to Metacritic and tales from buddies who played it. Released in 2016, it was another to channel the now all-too-cliched “souls formula”, only with a 2D side-scrolling approach. It was a game I sadly never had the opportunity to try out myself, despite being quite a fan of the genre as a whole.

As luck would have it, 2022 sees the release of its sequel, Salt and Sacrifice on May 10th, and I was fortunate enough to have the chance to try out the beta this weekend. Expectedly, it’s only a mere snippet of what the full game will have on offer, but there’s some very promising foundations for a challenging, yet deep and rewarding action game in here.

If you’ve played virtually any Souls game or title of a similar ilk born from it’s revolutionary origins, you’ll know most of the drill coming into Salt and Sacrifice. You’ll get hit a lot. You’ll suffer a lot. You’ll die a lot. You’ll hate and rage a lot. However, you’ll also have a hell of a lot of fun as you explore, master the combat mechanics and overcome that goddamn boss who smacks you around like a pathetic ragdoll.

The beta provided access to the game’s central hub and the first proper location that you’ll be adventuring through and conquering through force. It’s more like the structure of Demon’s Souls or Bloodborne, with a haven location devoid of threat where you can speak with various NPCs, vendors and pet the village cat/steed (GOTY confirmed).

With a small smattering of characters milling about, you’ll get to upgrade gear, level up (it’s salt, NOT souls, I swear!), enchant equipment and enhance your build setup. From the looks of the beta, there’ll be additional areas that’ll open up as you progress through the main game, while you’ll be able to add to the roster of available NPCs. In the beta I even found a vendor hidden in the first location who then became available to purchase new gear from.

It’s quite typical Souls fare – most dialogue and writing is relatively vague and lacking proper direction, which is intentional. You’re a marked inquisitor – having committed a crime which you select yourself – bound to fight through some magical ritual, and you must hunt down Mages (not those kind of mages) to devour their hearts. I was slightly unclear as to why this was the case, but then I’ve never really had any idea of my motivations in basically any Souls title either.

Venturing out into the hostile world your foes inhabit, you’re told to hunt down said Mages, clearing out any would-be fools who stand in your way. I was impressed by how well Salt and Sacrifice managed to capture the same feeling of wonder and exploration in a 2D world. Verticality is the primary means through which it achieves this. Going left or right throughout the first world has an enormous amount of potential due to the fact that you can seemingly climb layers to the sky, while descending far below the depths into the core of the planet itself.

Chests, pickups and items are hidden all about the area, with some requiring gear or equipment you’ll only discover through progression. It adds that Metroidvania-like element of noting locations to return to later when you’re better equipped. I was shocked at how much they’d managed to cram into such a condensed space. Within the space of about 2-3 hours, I’d found different outfit sets, a few weapons, a bunch of items I had no idea what they’re use was for and some handy throwables too.

If the main game can maintain this level of scope to continually fan your interest across multiple areas and worlds, it’ll be quite the treat for lovers of exploration and digging out secrets. Despite it’s layered level design though, I never really got lost or felt hopeless in finding the right way. It seems to be intuitively crafted to have you moving in the right direction, no matter which direction it is that you’ve chosen, so while you may fear the enemies, you needn’t fear losing your way.

But let’s be honest, no Souls game is worth it’s… Salt (that was low-hanging fruit… I know) if it’s combat mechanics aren’t up to par. As expected, Salt and Sacrifice will absolutely be a challenge you’ll need to focus into to best. In the available world I could try out, there was a variety of melee and ranged opponents, some of which could leap massive distances to close gaps and others who were clustered into groups to punish the foolhardy.

More than this, their attack animations can be relentless at times. Even some of the basic foes caught me out by trapping me into a combo if I’d wasted my stamina inefficiently. More than once I got caught between 2-5 enemies with no means of escape, as they battered down my health bar and sent me hurtling back to the nearest Obelisk (think Bonfire). Patience and understanding are key to success, but even more so in Salt, where literally one lapse in concentration can almost always spell your demise.

I liked what I played, and having just come from spending time with Elden Ring, Salt was hitting those same punishing yet satisfying notes we’ve become accustomed to. I will admit though, a couple of enemy types and one particular boss felt slightly too punishing, mainly due to the fact they leave next to no adequate attack windows for you to get a shot off within. It felt frustrating to know that if I didn’t get the first strike in during a jump animation that I was effectively screwed. It may just be me, but I’d like to see a little more tuning with a couple of these types to balance this slightly more.

On the topic of bosses: the beta had 4 of them that I discovered and managed to fell. I won’t spoil too much about them, but there appeared to be quite a focus on elementals for each one, which encouraged thought about build, equipment and approach. If the variety on display from the beta translates into the full release, there’s going to be some unique and engaging challenges to master, as each of them gave me a tough time running solo. Each boss also has a mix of melee, ranged and magical attacks, requiring all of your skills in blocking, dodging, timing and being aggressive to succeed.

Salt and Sacrifice also has a frankly insane skill tree to contend with. Even from the beta, the branching, tentacle like paths will allow people to customize and tinker with their build almost at will. The usual suspects of endurance, stamina, health, dexterity and strength are all present. More interestingly, going down certain paths will unlock higher classes of certain weapon types and gear. Want to equip the Coop-friendly faction heavy armour? You’ll need to accrue some serious sodium to be able to wear it in all of it’s golden, heroic glory.

Crafting options and enchantments look like they’ll be extensive, with various resources you find about the world from your quests and exploration all tying into supplying new armaments and upgrades. It’s an exciting and hugely rich system which I imagine will have a lot of people hooked. Obviously I only saw but a teaser of the wealth of things that will be available, but even from the snippet I played I could see the vast potential.

Finally, it’s worth mentioning online functionality. Messages from other players laid about the lands? Check. Invasion PVP when in “Guiltless Form” which simultaneously is the only way to summon other player’s aid? Yep. Being in Guilt form reduces your health bar, as is always oh so fun, and salt inducing when that one hit is the difference between royal success and agonising failure. I was invaded multiple times and summoned a fellow Inquisitor on 3 occasions, all of which was seamless. An invader will spawn in somewhere in your world before high-tailing it after you, while friendlies summon at your location.

The multiplayer systems worked smoothly throughout my time in the beta and brought the usual pain of getting decimated by a traitorous person alongside the elation of support from a benevolent assister. I even made a friend in the friendly summon who helped me out. Again, it all works how it’s expected to within the Souls formula, so it’s familiar yet competently handled.

Salt and Sacrifice looks to be another excellent installment into the Souls-born umbrella genre. The world it’s created is unique and compelling, combat and build design looks deep, punishing and rewarding, while the usual systems we’ve become accustomed to are all present and accounted for. Assuming the main game turns out as well as this small slice, it could well be a hearty and tasty pie to satisfy that Souls appetite.

I would personally like to see a little more refining in the combat animations and timings, but this may just be due to my own ineffectiveness or failures, as I’m not the most experienced in 2D action titles. Even so, Salt and Sacrifice is shaping up nicely for its release in May and it’s one to keep an eye on.

In order to complete this preview, we were provided with access to the Beta by the developers/publishers.

If you enjoyed this preview or any more of our content, please consider our Patreon.