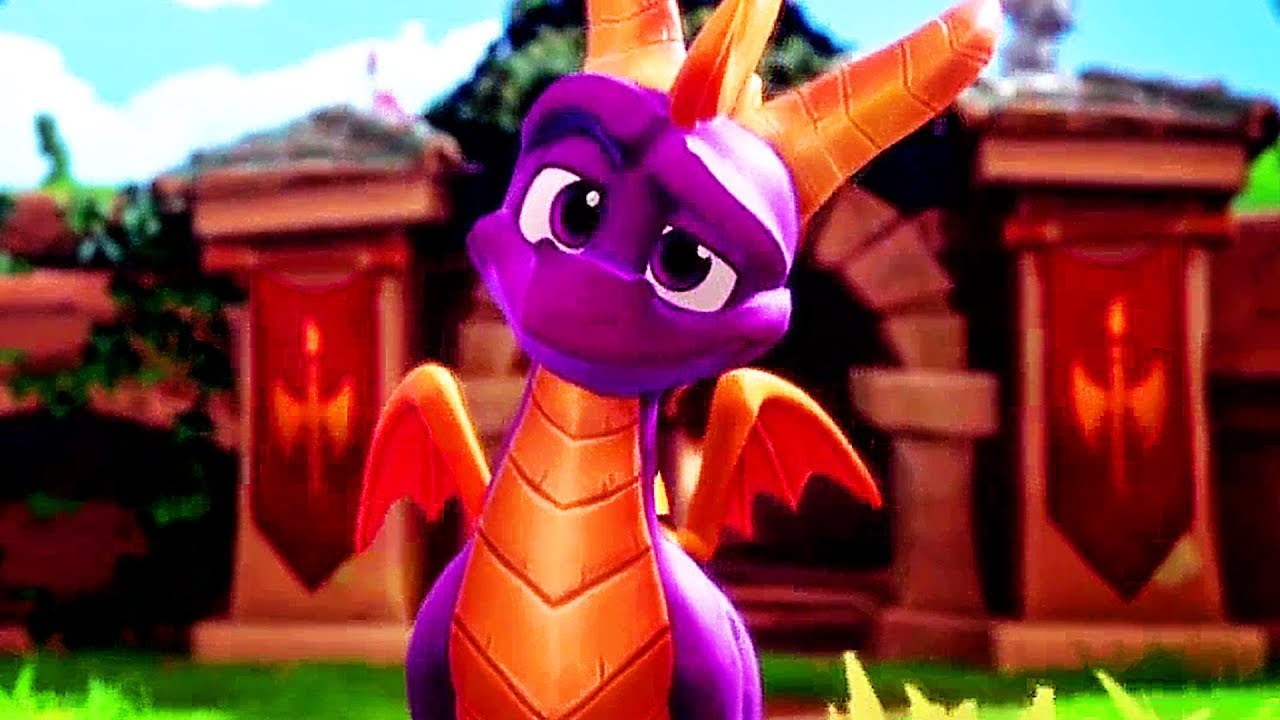 Lets talk about the Activision + Toys for Bob changes, and what this could mean for the franchise of Spryo the Dragon in the future.

Lets talk about Spyro 4, the Activision & Toys for Bob changes, and what this could mean for the Spyro the Dragon franchise in the future.

As an avid gamer since day dot, nothing makes me more excited to see an older game, once cultivated in my childhood, come to life again in my late twenties. It is even more exciting seeing the prospect of the rebirth of the characters, the environment, and the concept of a potential new adventure lying ahead.

Spyro the Dragon was released in 1998, when I and thousands of others were in our youth. The Reignited Trilogy, a remaster of the first three games came to fruition in 2018. People always say the remake is never as good as the original, and yes, as a rule of thumb, I would usually agree. However, when it came to the Reignited Trilogy, it was executed excellently. They were faithful to the aspects of what everyone loved. One of the original voice actors from the sequels reprised his role. The original composer returned to write a new theme for the game. There was even an option to remain encompassed within the original music, whilst playing the trilogy. What a blissful bite of nostalgia!

The issue with remasters, or re-makes after a long period of time from the original, is it then bares the question to dedicated fans, “Does that mean a new game is in the works?”. Insomniac left behind the rights to Spyro after the OG PlayStation series and this belongs to Activision-Blizzard now. Toys for Bob, subsidiary of Activision, led the development of both the The Reignited Trilogy, and Crash 4: It’s About Time.

When the likes of remasters, such as the N-Sane Trilogy from Crash, the Reignited Trilogy of Spyro, and then new content like Crash Bandicoot 4:It’s About Time is released, it begs the question, “When is Spyro 4 going to be announced?”. This is a question that led to a lot of buzz and excitement within the Spyro fanbase, hunting easter eggs and crossing fingers for a small leak that might give any clue that confirms its development.

Fans speculated that due to the massive success of Toys for Bob, leading to the development of both the Reignited Trilogy and Crash 4, that it made sense Toys for Bob had Spyro 4 in their grasp; warm, well fed and in the works.

Fans of Spyro will know that the development of Spyro is closely linked with the Crash Bandicoot franchise; there are strong links and easter eggs throughout that keep them entwined together especially as Activison now own both series.

Spyro and Crash almost feel like long-lost siblings. It does sometimes feel that whenever Crash is around, you can expect a bit of pop-up from Spyro. The last four years of releases have shown this pattern, with a flip-flop between each series. 2017 saw the N-Sane Trilogy (a remake of the first three OG PS1 Crash Games), 2018 saw Spyro’s Reignited Trilogy, 2019 saw the remake of Crash Team Racing, and then we hit 2020 with Crash 4… Okay.. not quite a flip-flop, but do you see where I am coming from? It only made sense fans then anticipated a Spyro 4.

So imagine the heartbreak when it is then announced, surrounded by buzz for the announcement (due to eggs we will break down in a moment), that Toys For Bob are now a support studio for Call of Duty Warzone Season 3 (Because we all just need MORE things added to COD right? – even COD is sick of its own franchise, renaming its own games titles of previous COD games).

Twitter and Reddit went crazy, in ‘mourning’ for what this could mean for the Crash and Spyro series. Toys for Bob went on to confirm it will still show some support for Crash 4, but its focus is working on COD. This was announced on various social media platforms, with ‘RIP Spyro and Crash’ trending, where rumours have also spoken about staff being laid off and quitting. However, there is some contradiction as individuals report there were no layoffs as such, but employees have confirmed they have left.

If you look at the development of its previous games, there is a stark difference between beloved family games such as Crash and Spyro, and COD.  If staff are voluntarily leaving, it could put the term ‘Creative Differences’ into a much brighter light. Activision has a bit of a reputation when it comes to relegating studios and I hope this is not the future for Toys for Bob. This move now means every studio under Activision contributes to COD in some capacity.

So what does this mean when it felt like they were ready to show us that Spyro 4 was in the works?

Let’s break down the Easter Eggs hiding in the tall grass that contributed to the hype before the dagger was flung into our back by Activision. (Cue: Famous Conspiracy Board Meme)

It is really difficult with all of this hype, not to feel exasperated at the news that Spyro 4 may not be in the works at all. It leaves people who have continuously kept up with news probably exhausted and experiencing a real blow to hope.

There is likely one outcome left that can be held on to after seeing the information surrounding the news of Toys for Bob. It might be bleak, but it could be something. That, my friends, is Beenox. Yes, another subsidiary of Activision. It is entirely possible that Beenox could be headlining the development of Spyro 4. This wouldn’t be too outrageous considering they did support the remake of CTR, and helped with Crash 4. Of course, it could be possible that any subsidiary team has taken over the development, but Beenox is the most likely.

There is a 4Chan leak that suggests Toys for Bob started on Spyro 4 development and handed the reins over to Beenox. This could explain why Toys for Bob have kept pretty quiet about the move over, despite the buzz around the franchises. This needs to be taken with a pinch of salt, and could be old or completely made-up news.

Personally, I feel that if Beenox announced Spyro 4 tomorrow, I wouldn’t be sharing the excitement I probably would have had 2 months ago. If anything, I would be relieved that my excitement, leak hunting, and imagining the gameplay, was not all for nothing. I imagine others may feel the same. When you are struck with disappointment, it takes a while to regain the excitement back, in fear of another blow. If Spyro 4 is in the works, I feel that Activision would let fans down even further by allowing a fan base to speculate it had been shelved for so long after a storm of excitement for its return in recent years. If the easter eggs were not in fact easter eggs, what could they have been? Subtle nods, or goodbye waves to a now-dead again franchise? That doesn’t seem fair. It feels there is too much out there to palm it off as nostalgic nods to The Reignited Trilogy from 2 years ago.

My hopes for the next year are that we are given some news of some sort for Spyro 4. Playing Crash 4, it was so exciting to experience a new take on an old game, but still one that kept every element of things that players loved (and hated!) about the game. It would be a shame never to see that with Spyro.

It would also be great to see the return of Toys for Bob promoted back to a development studio as opposed to a support team. They took on a tough job remaking and supporting some classic, pinnacle games in Playstation, and smashed it out the park. That kind of talent can not be lost.

But most of all… 2021 will almost keep me grounded to remember that I will never trust Activision again.

Tags: Activision Crash Bandicoot 4: Its About Time Spyro The Dragon Toys For Bob

3 thoughts on “Op-Ed: Has Activision Put The Fire Out On Spyro 4?”