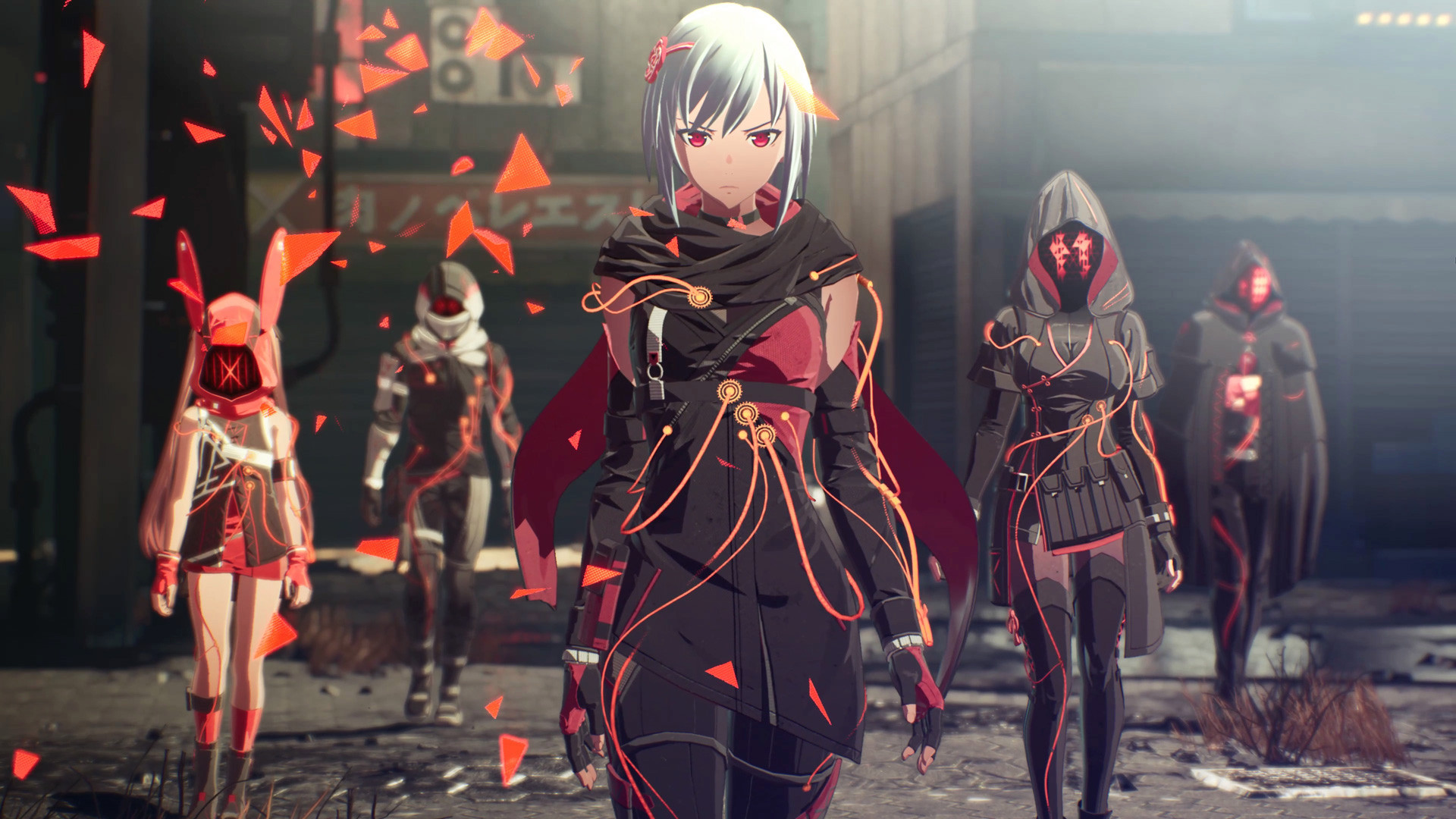 JRPGs are powered by magic. Everyone knows that. But Scarlet Nexus development team at Bandai Namco said no. Instead, it could be the first JRPG to feature superpowers.

JRPGs are powered by magic. It’s tried and tested, it works. Everything from the original Final Fantasy games, Dragon Quests and such, on early consoles where the RPG became what we know it as today, all through the Zeldas, the Tales series, the Xeno games, Breath of Fire, all the way up to modern Ni No Kunis, Ateliers, Kingdom Hearts, and remakes of the greats. Everything is powered by magic. Cure spells, element-based attacks, fire, water, earth and wind, enhancements and debuffs. Some games have zoned in on action, like the Ys series, and some on the summons, like Shin Megami Tensei and Persona. But it’s all still magic. Hell, even Pokemon, where the monsters do the fighting for you; they’re still magical creatures.

What’s interesting is that even in the most high-tech settings like Xenogears or Star Ocean in space, or Final Fantasy 7 and 8 with all their guns and vehicles and tech, their worlds are still steeped in magic, still have characters firing off spells at each other like displaced wizards. It’s a strange thing that has become synonymous with JRPGs and we don’t question it now. We just accept it.

But at the same time as all this magic, in the same decades that JRPGs have never really moved away from that formula, we’ve also seen the rise of the superhero. Marvel and DC comics have been around for almost a century now (Marvel 80 years, DC 85) and though the superhero has been popular, never more so than in the last thirty years. Superman movies, Batman movies, X-Men, Spider-Man, then suddenly the Marvel Cinematic Universe, with Iron Man, Captain America, The Guardians, The Avengers. It’s the biggest franchise going. And superheroes can do incredible things. Things that look like magic.

But somehow in all those recent decades where JRPGs and Superheroes have co-existed in the gaming consciousness, never has anyone thought, you know what? Superhero powers, well they’re like magic aren’t they. We could have a JRPG where the characters had powers, instead of just magic. Well, that is, until now.

In the far future, some lucky humans have developed extra-sensory powers via a hormone in the brain. X-men basically. At the same time, deranged mutant creatures known as Others have descended on our cities with a thirst for our newly expanded minds. Think of it like Limitless, only there are zombies after us because of our increased cognition – they’ve sensed us from beyond the void.

Those with the most acute abilities, known as psionics, are recruited to the Other Suppression Force, the OSF, this JRPG’s version of the Avengers crossed with the Men in Black, tasked with the job of saving humanity no less. It’s a cool setup that stands miles away from Bandai Namco’s other RPG franchises, namely the Tales of series, and instead embraces more of its darker side, only really explored in Code Vein. With Elden Ring and Tales of Arise also meant to be striking a darker tone, this could be the beginning of a whole new chapter for Bandai Namco.

Take a look at the assembled cast of characters in the OSF and their powers – they read like the X-men, unheard of in this genre. Your player character is Yuito Sumeragi, a new recruit, with a powerful penchant for psychokinesis. He’s the one flinging the environment around in the trailers. You will also control Kasane Randall, a female recruit who is also a psychokinetic. Then there’s Kagero, a 12-year veteran who can make himself invisible and Arashi, a girl who’s seemingly spent a lifetime in the OSF, and has the power of hypervelocity. Their platoon major is Kyoka, a master doppelganger who can duplicate herself at will; or there’s Tsugumi, a female clairvoyant who can see the future; or Luka, a young boy who can teleport himself and others. Long-serving Gemma can create shields with his Sclerokinesis, and there’s a quartet with the power over elements which is a bit more familiar; Shiden with the power of Electrokinesis; Fubuki with ice-powered Cryokinesis; Hanabi with her Pyrokinesis; and Nagi with Aerokinesis.

If you’re looking at that and thinking, that does not sound like a JRPG, then yeah, you’re right. It really doesn’t. Playing as Yuito or Kasane, you will also be able to call on the powers of your teammates, or at least the ones you bring with you on missions. You may have wondered what all the strange tubes and wires are all over the artwork. Well, these are the Scarlet Nexus, or Red Connections. Each time you’re using a teammate’s abilities these red cables appear symbolising the brain-bond between the two members, allowing you to utilize a host of different superpowers at will.

The dev team at Bandai Namco, led by Tales veteran Kenji Anabuki said they had ‘greater freedom’ than ever before to experiment on Scarlet Nexus. Speaking to PCGamesNetwork he said, “Tales of was a series…using, basically, only sword and magic…We have much more freedom in Scarlet Nexus.” He then went on to tell Gamesradar, “We have been thinking of using ‘superpowers’ as one of the main angles of a game, which we have never used before. In fantasy games we can use ‘magic’, but to fit into a more futuristic setting we decided to use superpowers. We want players to perceive the game as a completely new series.”

As well as Tales, Scarlet Nexus’ team is also rounded out with a number of Code Vein alumni, who have said they are bringing lots of the dark aesthetics of that game, and an approach to combat that means that every enemy will require a different strategy. They haven’t given an idea of whether Scarlet Nexus will feature the souls-like gameplay, but from what we’ve seen so far, this doesn’t seem the case.

New IP’s are big risks for publishers when costs run so high these days. With Code Vein and Tales teams leading the way, Scarlet Nexus looks like a strong contender and we can’t wait to play when it launches in 2021 on current and Next-Gen consoles. I for one welcome a dark future from Bandai Namco, and hope it’s the beginning of more experimental IP’s from the publisher.

Can you think of another JRPG crossed with superpowers that has come before? Is Scarlet Nexus truly the first superpowered JRPG? Hit us in the comments if you think you’ve got another.